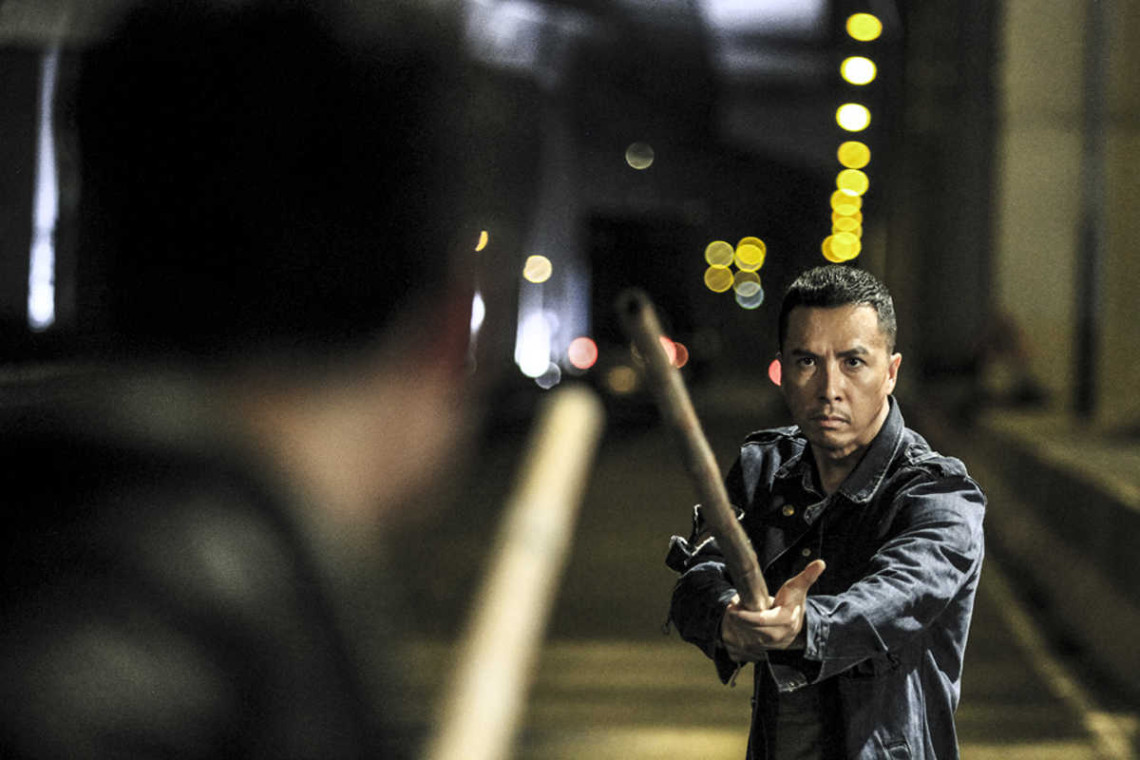 A friend of mine lived in Osaka for a spell. During a conversation on Facebook chat one evening, he mentioned that he enjoyed eating at the local McDonald’s as much as any of the local eateries. At the time, I couldn’t fathom why a guy would travel halfway around the world and eat food he could’ve found down the block in his hometown instead of more culturally distinct cuisine. “It tastes kinda the same,” he explained to me, “but there’s still something different about it.” With 12 words, he had unknowingly cut to the core of Teddy Chan’s new martial arts procedural Kung Fu Jungle.

But first, to clear matters up: Chan’s picture was originally titled Last of the Best, but rebranded Kung Fu Killer to sell foreign-market audiences on the movie’s criminal elements. When imported stateside, the film became Kung Fu Jungle, perhaps to avoid confusion with a similarly-titled David Carradine/Daryl Hannah TV-movie that ran on Spike in 2008. More perplexing still, the film has entered U.S. theaters with listings and posters labeled Kung Fu Killer, so what’s really going on is anyone’s guess. Taiwanese wuxia classic Master of the Flying Guillotine a.k.a. One-Armed Boxer 2 a.k.a. The One-Armed Boxer Vs. The Flying Guillotine intimately knows this struggle.

Kung Fu Jungle or Killer or whatever stars overseas super-celeb Donnie Yen (Ip Man) as Hahou Mo, a masterful fighter and self-defense instructor for the regional police force. He was, that is, until inadvertently causing a sparring partner’s death and getting himself thrown in the clink on an involuntary manslaughter charge. Chan then jumps forward three years, at which point the long arm of the law grabs Hahou by the collar and drags him out of his cell. Some of Hahou’s retired colleagues have been dropping off like gnats snatched from the air, and the cops suspect foul play. Hahou and the police then make a deal time-honored by decades of serial killer-thrillers: if he can assist them in the location and capture of the party responsible for the string of murders, Hahou will win his freedom.

Call it Lecter’s Bargain, if you feel so inclined. No need to pretend that the plot at hand is anything more than a rehashing of exhausted crime clichés. The critiques of Nicolas Cage’s neurotic screenwriter Charlie Kaufman in Adaptation. leap readily to mind: “The only idea more overused than serial killers is multiple personality. On top of that, you explore the notion that cop and criminal are really two aspects of the same person. See every cop movie ever made for other examples of this.”

Every story element in Kung Fu Jungle/Killer has been recycled and re-recycled by the cop movie-industrial complex, save one aspect, which just might make all the difference. No death is complete without the requisite standard-issue melancholic piano tones. The killer operates along a themed pattern, modeling his string of murders on the four pillars of kung fu (hands, feet, grappling, and weaponry) instead of the seven deadly sins or Bible verses or what have you. The chases, the narrow escapes, the dying wife — scads of identical films have wrung all potential emotional impact out of these tropes.

But Jungle-Killer justifies its own existence through the magnificent scenes of hand-to-hand combat. Donnie Yen puts the “artist” in “martial artist”, imbuing his every motion with a deliberate grace comparable to ballet or virtuosic musicianship. Armed with towering bamboo staffs, Hahou and his nemesis face off in a climactic fight scene set on a busy highway. For those willing to look past the tiresomely familiar particulars of the script (in many instances, story is little more than a hindrance pushing characters from showdown to showdown for the wuxia genre), that pulse-quickening sequence will be more than enough to minimize the creative deficiencies elsewhere.

Kung Fu Jungle/Killer is a factory-made cheeseburger, but with a squiggle of some condiment unavailable here in the states. Whether or not that’s worth a journey to a distant continent is purely a matter of taste.