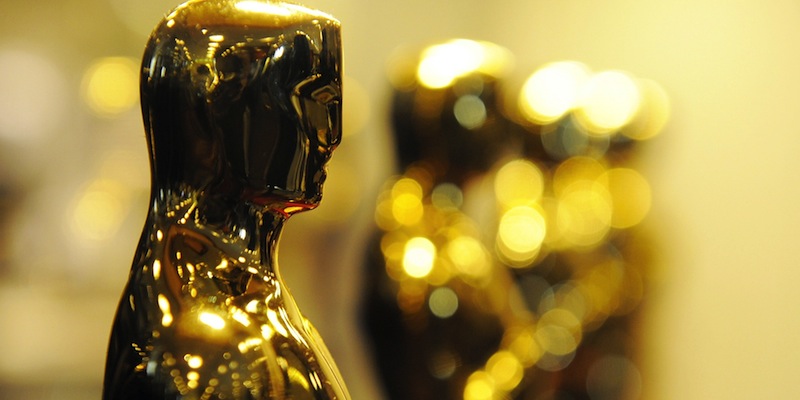 They’re coming! This week we’ll learn the nominations for the 85th Annual Academy Awards. We’re almost near the end!

From mid-September to the end of February, the movie world gets caught up in one, giant, all-consuming conversation: Awards! It’s all too much. Everything comes back to them. Zero Dark Thirty maybe supports torture and is the subject of a congressional investigation? Sure, but how will all that affect its chances on Oscar night? Les Misérables is a terrible movie? Okay, but will it win Best Picture? Critics circles. Guild awards. Golden Globes. Oscars. People’s Choice Awards. It can drive a cinephile insane.

So, to combat the insanity, here are some tips for keeping your wits about you during the home stretch of Awards Season: 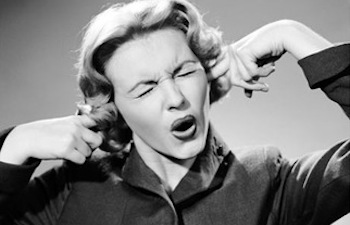 Let’s face facts. You aren’t ignoring anything. You can pretend like you don’t care about awards, but you do. You know it. You’ll skip the Golden Globes, but you’ll be keeping an eye on Twitter to see some of the winners so you can take part in the conversation. When someone at work the next day says, “Hey, JimBob! You like movies! Did you see how that there Less Miserable won that Globe thingy last night?” you can enjoy the douchey self-satisfaction of claiming, “I don’t watch awards shows,” while internally seething with anger at the thought of Tom Hooper receiving yet more validation. Then again, Tina Fey and Amy Poehler are hosting the Golden Globes show this year, so you’d probably be stupid to skip it anyway. 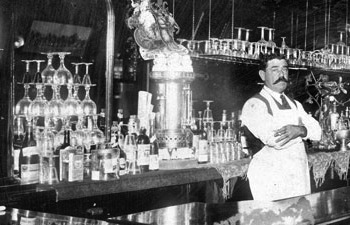 “The cause of—and solution to—all of life’s problems.” Drinking is wonderful (when done responsibly.) The Oscars is a boring, four-hour broadcast, but a boring, four-hour broadcast can be a whole lot of fun when a bottle of whisky is at hand (and treated responsibly.) You can make up a (responsible) drinking game. You can wear a (responsible) beer hat. You can start drinking (responsibly) during the red carpet arrivals so that you’re totally (and responsibly) wasted by the time Seth MacFarlane tries to sing a parody version of a Bing Crosby tune. Alcohol (when consumed responsibly) is a simple way to deal with awards shows, and heck, it’s even a good way to deal the weeks in between awards shows. Just remember to drink responsibly. 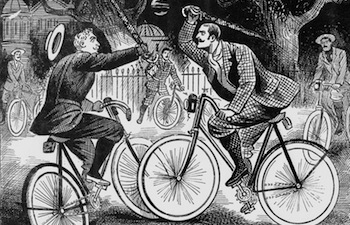 It may seem counter-intuitive, but keeping all the rage inspired by Awards Season bottled up inside you is a sure way to go mad. Instead of going mad, try getting mad. I’m sure your other cinephile friends have stupid opinions about movies you feel passion for. Find those friends and yell at them about why [insert film/person here] does or does not deserve [insert meaningless award here]. They’ll probably yell right back at you and you can do this for a few minutes or a few hours and I promise at some point you’ll reach catharsis and end up hugging in a mess of snot and tears and forgiveness. 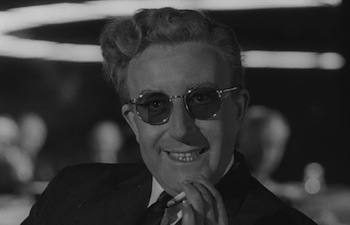 Learn to love Awards Season. Some of us love it. I mean, yeah, these awards shows are all vapid, self-congratulatory nonsense, but isn’t vapid, self-congratulatory nonsense the best kind of nonsense? It’s a distraction, and often times it’s a distraction that gets you thinking about movies. And usually it’s about good movies. Maybe not “deserving” movies, but still, good movies. Are you really going to complain about having to think about how good a good movie might be? Just give in. You know you wan to.

Sometimes They Get It Right!

Awards almost always go to the wrong people, but sometimes they don’t. Focus on the good! Be positive. Ben Affleck may become an Oscar-winning director in February, but Daniel Day-Lewis will probably win another Best Actor prize, and I think we can all get behind that. Remember last year, when The Artist won Best Picture? (I’m so sorry.) But remember when, during that same ceremony, one of the members of Flight of the Conchords became an Academy Award™ Winner? You can always take solace in the little things.

So keep these tips in mind. Use one of them, or all of them, or a few of them in random combinations and you too can get through Awards Season with only minor bruising and a slight drinking problem.