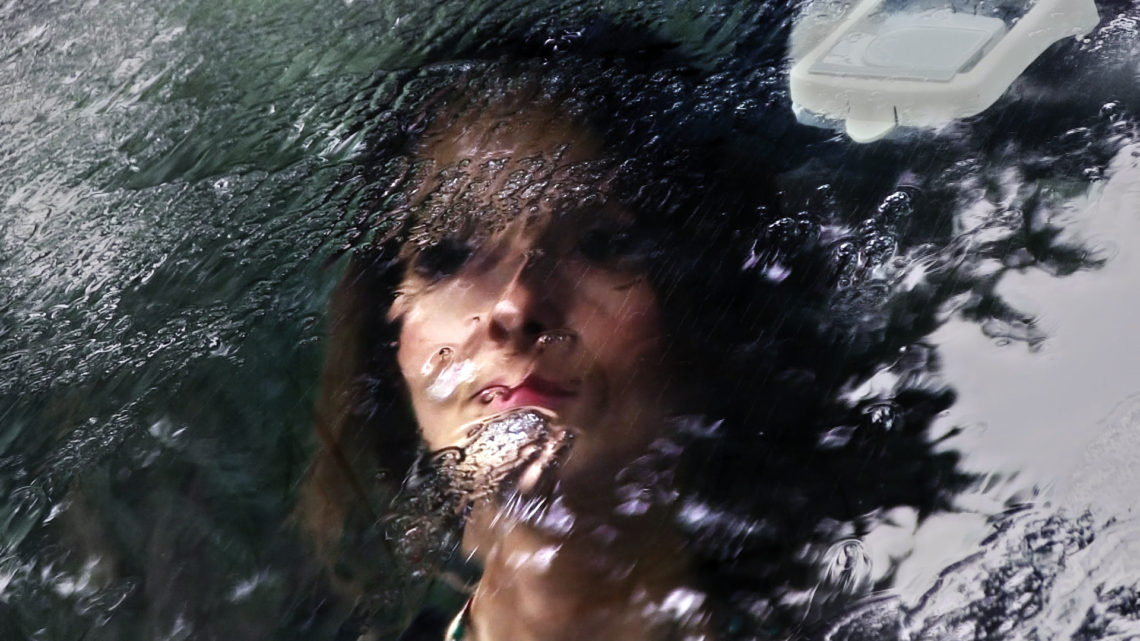 Starting tomorrow, New Yorkers will get a chance to see a new film called The Academy of Muses, being given a one-week theatrical run at Anthology Film Archives, an independent theater known for its focus on the avant-garde. In this particular case, though, “avant-garde” doesn’t indicate purely visual experimentation in the mold of a Stan Brakhage or a Michael Snow. The Academy of Muses is, in fact, a profusely dialogue-heavy affair, all of its dramatic content revolving around frank, academic discussions of philosophy, art, and history, between philology professor Raffaele Pinto (playing a version of himself) and a bunch of his students—most of them female—and close relatives. Lest that sound insufferably dull, however, a genuine character drama slowly emerges from all the talk, as we begin to grasp that Pinto—hung up on arguably antiquated ideas of the importance of muses in art and literature—is using these notions as an excuse to basically cheat on his wife (fellow professor Rosa Delor Muns) with some of his students while hiding behind the guise of “field research.” The Academy of Muses thus becomes a deadpan romantic comedy of sorts, with a focus on verbal subtext that often recalls the work of the great French filmmaker Eric Rohmer.

The director of The Academy of Muses is not French, however, but Catalan: José Luis Guerín, who is quite possibly one of the great modern-day filmmakers you’ve probably never heard of. But then, his relative obscurity is not too surprising: With a couple of exceptions, much of his work remains difficult to see, unless you have access to a region-free DVD player and/or have been able to catch up with some of his work in the past week or so at Anthology Film Archives in New York. It’s worth the effort to acquaint yourself with Guerín’s work, however—though The Academy of Muses may not be the best place to start, a film that, for all its virtues, lacks the visual splendors of earlier features like Train of Shadows (1997) and In the City of Sylvia (2007). 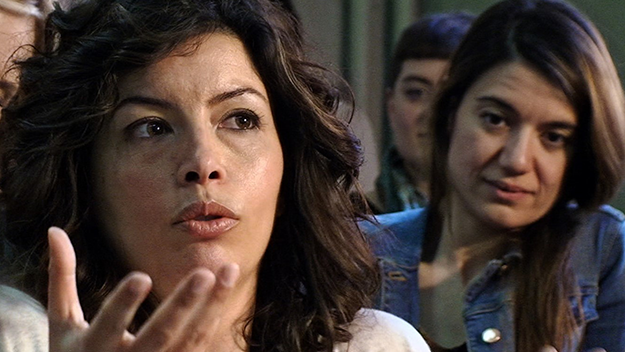 Having immersed myself in a good portion of Guerín’s preceding work recently, a few consistent themes and visual motifs emerge. For one thing, he’s quite enamored of shadowplay. Train of Shadows is especially rife with shots of tree leaves or other objects filtered through a moving light as it passes by a window, the camera focused on the motion-silhouette effects it creates on the wall across from it. Such shots are made even more poignant in the context in which they appear: an exploration of an empty mansion, in which once lived fictional French attorney and amateur filmmaker Gérard Fleury and his family back in the 1920s. The roving shadows, combined with the emptiness of the interiors, add to the film’s overall feeling of ghosts lingering in this space decades later.

The visual interplay between past and present suggested by such images can be found in many of Guerín’s features. His 2001 documentary Work in Progress is perhaps his most direct expression of that dynamic. Shot over 18 months in El Chine, a neighborhood in Barcelona going through the growing pains of gentrification, the nonfiction film builds the idea of an area losing its sense of place into its sharp contrasts between many of the long-time residents being displaced by the development; the fancy new buildings being erected in these residents’ former living spaces; and the construction workers in between who carry out the work. But, true to Guerín’s cinephile side, the “past” he examines is usually cinematic in nature. His chosen past in Innisfree (1990) is the lovingly constructed fantasy Ireland conjured up by John Ford in his 1952 film The Quiet Man; by returning to the locations in which Ford shot his film, Guerín discovers that even a mythological past has had palpable effects on the real-life present, becoming just as much a part of the residents’ collective memory as actual historical events. Train of Shadows also hinges on a past that is only glimpsed through cinema: Gérard Fleury’s own disintegrating home movies, all of which make up the film’s first third, complete with musical accompaniment that gives it the feel of a vintage silent. Without this footage, the wordless second-act exploration of the Fleurys’ old home and the third act reenactments of life at the mansion might have not had quite the same impact in its evocation of history and memory still haunting this environment in the present day.

Many of Guerín’s films regularly play with the boundaries between documentary and fiction. This is the thematic thread that The Academy of Muses taps into the most: By casting a real-life philology professor as a version of himself, including documentary-like sequences of characters exploring a given environment, and casting it all as “an educational experience,” as per an opening title card, Guerín shows no particular concern with delineating the boundaries between what’s authentic and what’s staged. To Guerín, reality is something to be bent at will for his own purposes. Though Train of Shadows purports to be about home-movie footage recently discovered and in the process of restoration, it all turns out to be a ruse—albeit one so elaborate that even the print flaws in the footage of the first third are rendered in expert detail. 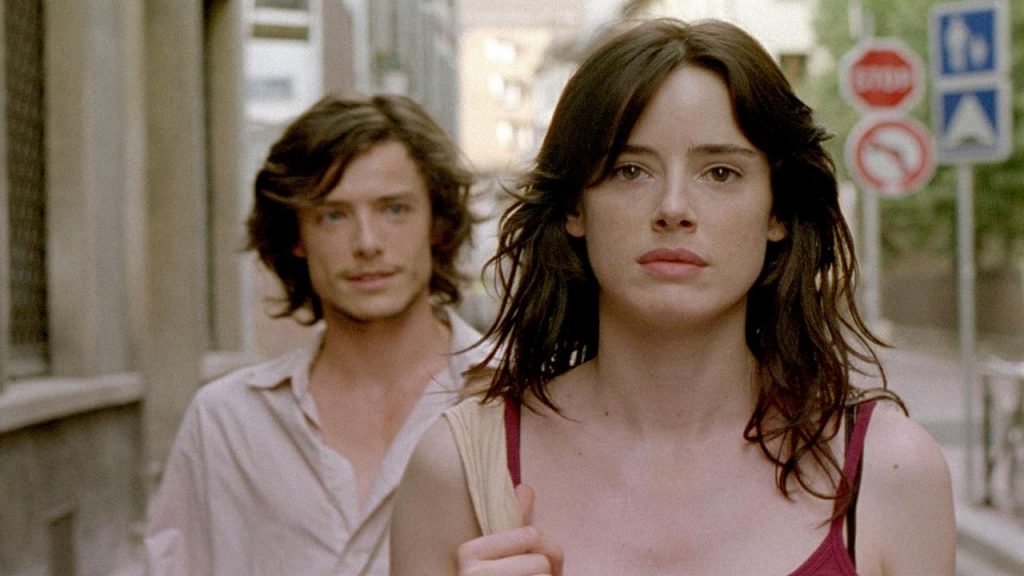 For all these intellectual notions of history-versus-memory, past-versus-present, and fiction-versus-reality, perhaps one of the hallmarks of Guerín’s cinema is his Romantic streak. This strain comes to the fore in his most well-known work, and in many ways still his masterpiece to date (and the one most widely available on home video): In the City of Sylvia. Technically, this 84-minute feature isn’t his first attempt at telling the story of an artist who spends his days in Strasbourg pining for a woman he met years ago. Earlier in 2007, he made a 67-minute film called Some Photos in the City of Sylvia, a La Jetée-like cinematic slideshow, constructed entirely out of still photographs, that sketched in some of the characters and ideas that would underpin the later, longer feature. Connecting his regret to that of characters in literature, following various women that he thought looked like the Sylvia he met years ago, ruminating on the inner lives behind the faces he observed: these major visual and thematic threads would find its initial form in Some Photos.

What In the City of Sylvia adds is that documentary element that so fascinates Guerín. Much of the film consists of little more than just the main character (Xavier Lafitte) silently people-watching while he occasionally sketches in his notebook the figures he observes. Guerín, however, doesn’t attach himself strictly to the man’s perspective, instead feeling himself to film the behavior of some of those he notices: a couple having a quiet argument, young lovers publicly displaying their affection, a waitress who visibly dislikes her job. All of these interactions feel like found moments through cinematographer Natasha Braier’s camera; they don’t really have anything to do with the “plot,” such as it is, but they tie strongly into the sense of endless curiosity that animates much of Guerín’s work.

In the City of Sylvia, however, is less about his usual ideas about cinema and history as it is about, simply, a man’s search for a woman he once knew. It’s about a man who can’t let go of the past. It’s about the act of looking, staring, observing. It’s about examining a face, trying to penetrate a person’s inner essence. It’s about, in other words, voyeurism—the allure and the danger. Much of the film’s second act features the lovelorn main male character simply following around a woman (Pilar López de Ayala) he believes to be the Sylvia he met years ago—but when she catches on to his stalking ways and he discovers it’s not her, it’s not only the man himself who feels the embarrassment, but we in the audience who had just been caught up in his escapades. And yet, despite this setback, he continues searching and pining the next day, haunted by Sylvia’s visage. Only a true hopeless romantic would find a strange kind of nobility in this character’s obsessiveness. Perhaps more than any of his other films, In the City of Sylvia lays bare Guerín’s heart in ways that are alternately enchanting and disturbing.