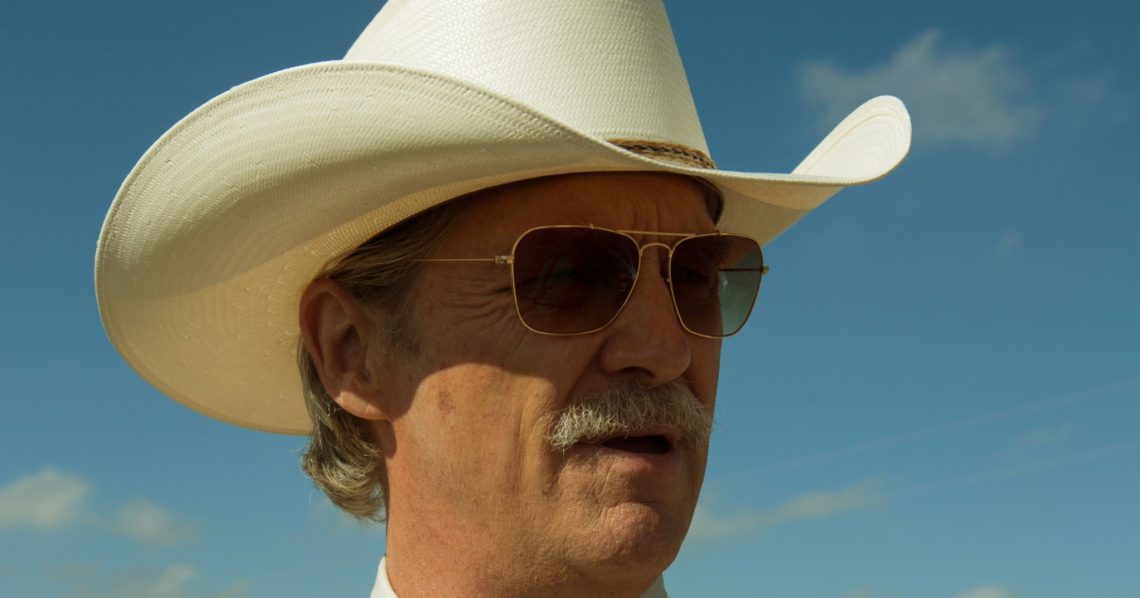 Why Jeff Bridges is A Different Kind of Movie Star

Jessica Ritchey writes about the late-stage revitaliation of the career of Jeff Bridges, co-starring in this week's "Hell or High Water."

American movie audiences have expectations for their male movie stars. They will cut through bad guys with swaths of bullets. They will be rugged lady killers. Among Jeff Bridges’ generation Bruce Willis filled the former role and Harrison Ford the latter. But Jeff Bridges was a different kind of movie star.There was always something uniquely his in his performances. It was there in his gestures as an alien learning what it is to be human in Starman. It was there in his haunted eyes and his hunched posture as a shock jock wrecked by the costs of his callousness in The Fisher King. Whatever the role, you couldn’t take your eyes off him. He wasn’t afraid to be wounded, or hurt by betrayal or loss. And it’s that willingness to bear the costs of things across his roles that led him to become one of the best actors in the elder statesmen-type roles male actors are granted in their later years. In a culture obsessed with youth Bridges brings real depth to his old men. They’ve seen too much, and that has made them wary. But they are still capable of tenderness. Life’s cruelties have not burned out the great well of humanity behind the gruff facade.

Bridges’s aging into his later roles began with The Door in the Floor, an adaption of John Irving’s A Widow for One Year. The film shows Bridges as a writer adrift from his family and himself after the death of his son. Bridges won his first Oscar for Crazy Heart as a gone-to-seed outlaw western singer. He was self destructive but never asking for pity from the audience and achingly tender with Maggie Gyllenhaal as a reporter who was to interview him but starts to fall for him. It set the stage for his magnificent turn in the Coen Brothers remake of True Grit. Making the part of Rooster Cogburn his own as much as John Wayne had. True Grit is a beautiful film of endless night skies and lone figures cutting their way through bleak winter chill. Since then he’s played everything from the wise elder in sequels to his own films as in Tron Legacy, the occasional misfire like R.I.P.D., and voice work in the recent, magical version of The Little Prince.

Bridges’ latest role in Hell or High Water splits the difference between his work in Crazy Heart and True Grit. He’s the force-of-nature officer of the law after two petty career criminals. In other words, he’s in chase of the type of character he played in Thunderbolt and Lightfoot. His casting seems to be deliberate; you either die young as a rebel or you live long enough to see the early dreams burn out and the first great loves leave you behind. How you conduct yourself when others are in need is the final judge of your character and what you leave behind. Rooster Cogburn is a drunkard and a lout, but when Mattie Ross is bitten by a rattlesnake he rides all night to get her to a doctor. He is not a good father or husband in The Door in the Floor until he realizes his grief cannot subsume his responsibilities to his family.

There is a generosity in Bridges’ work, as much as he fills in scenes, he does not steal them. He’s as invested as much in the other actors in the frame as himself. He elevates material like the misbegotten YA adaptation The Giver and imbues comic book villains with real menace in Iron Man. It’s the kind of career that’s easy to overlook and only reveals its depth in looking at it in total. When too many actors mistake making an ass of themselves on set or punishing their bodies for commitment to a role there is much to learn from Bridges’s approach. In his best roles you never catch him acting as the saying goes. Rather than lay out all the work he’s doing in order to impress the audience, the viewer must pay attention to the story. It’s there in how he looks at Gyllenhaal in Crazy Heart. It’s there in how he treats Matt Damon’s cowboy dandy in True Grit with a fond contempt. It’s there in a dozen little moments in films as varied as Tucker: A Man and His Dream and Jagged Edge. In a time where it also seems Hollywood is not producing any new major stars there is something to be said for giving certain actors bodies of work a second glance. And there are few actors whose work and film will prove as rewarding as his.