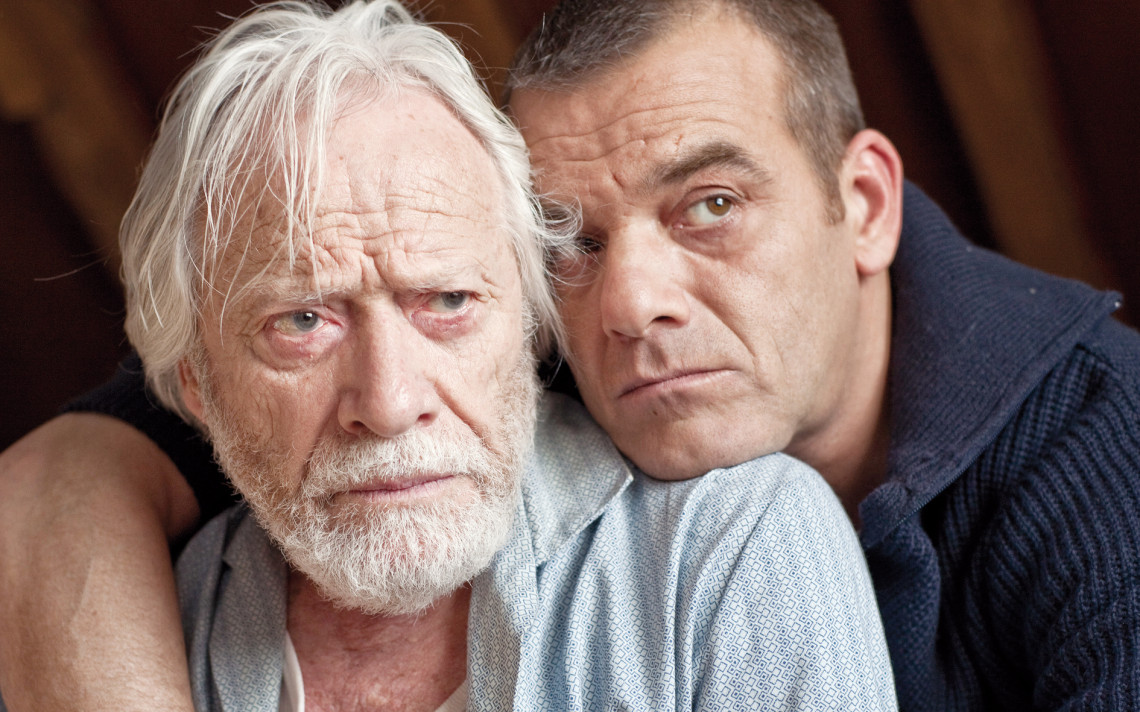 It’s a snapshot of pastoral life: the isolation, the hard work, the repetition, the lack of tech wrappings, and the rushed schedules. It’s All So Quiet is a perfect title to a less-than-rosy picture of a modern-day farmer. Helmer (Jeroen Willems) is a rough man of few words. The farmer cares for his father in the morning before spending the rest of his day toiling on a large industrial farm. He returns to his father in the evening to repeat the routine once again.

The picture feels bleak and dirty, like looking through a dirty window pane at an abandoned house. There is little comfort in Helmer’s life. Aside from his father and the occasional farmer’s kids who invade his daily routine, he lacks romantic connection. Yet, when he finds it, the suffocatingly small world he inhabits dictates that it would be frowned upon, and his partner skips town. Once again, Helmer is left to the isolation and quiet of farm life. Although there are several chores that reflect the work’s repetitiveness, director Nanouk Leopold is careful never to shoot the job the same way twice. It is not apparent nor trifling as it would have been to have the same cleaning scene shown ten times throughout the movie. The film depicts the different aspects of Helmer’s work, while emphasizing the griminess of his story.

And Leopold takes his time telling that story. Minutes do not pass quickly here. We watch and sit with the character through painful and prolonged moments. Faced with the passing of his father, hurtful family memories are brought to the foreground not in flashbacks, but in angry stares and frustrated sighs. Yes, Helmer is sad to see his dad pass, but there is not peace between them. It is a pained portrait of a father-son relationship.

It’s All So Quiet then becomes the fitting title of the meditation Leopold gives us. It’s not a particularly refreshing or calming one, but one of brutal honesty. The audience is meant to feel Helmer’s pain and lack of options. His life is on a fixed track that circles through the same stations without fail. We are stuck with him repeating the motions. If there is no change, then what is life if not a series of repetitious actions? In the end Helmer’s life is changed, and the track changes course, but It’s All So Quiet‘s purpose is not to follow through to the new day. It’s to examine the life previously thought unexamined, and settle into the quiet to ruminate on a farmer’s life and death.