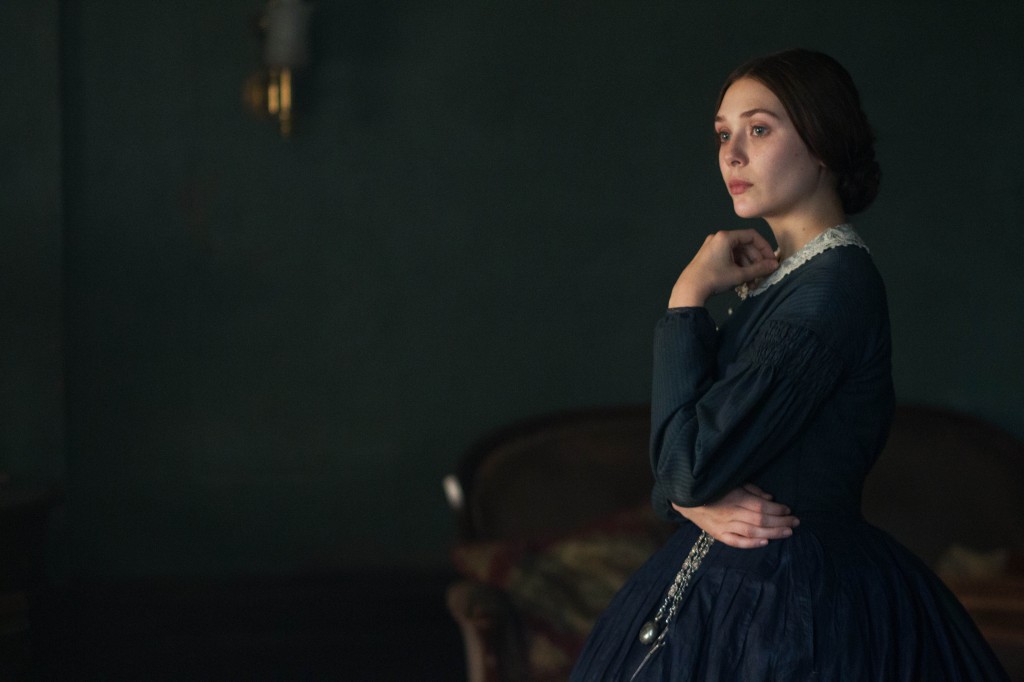 ‘In Secret’ Fails To Scandalize

Very early on in its running time, In Secret taunt us with licentious promise; our heroine, Therese (Elizabeth Olsen), sneaks off to a riverbank, conceals herself in underbrush, and quietly masturbates as she watches a brawny laborer sweep away pesky weeds with a scythe. Her breathing grows rhythmic with each swing of the blade, and her body slowly writhes in the dirt as the oblivious man goes about his work. Ninety minutes later, this sequence remains one of the few within the film that accurately captures the longing and lust first timer Charlie Stratton is shooting for.

Stratton happens to be adapting Therese Raquin, perhaps the most infamous work from French author and father of la littérature putride, Emilie Zola; as In Secret, limply retitled for no discernible purpose, progresses, it becomes immediately clear that he doesn’t quite have the stomach for exploring human sexuality as deeply as the text demands. At times, he nearly gets there, but for a story about lifelong repression and unbridled eruptions of lust, In Secret feels remarkably sterile; it’s practically afraid of its own carnality.

If you never read Therese Raquin in high school English, worry not: Stratton has diligently cobbled together the cinematic equivalent of a CliffNotes guide to Zola’s novel. The tale revolves around the title character, a young French woman whose life’s misfortunes include being abandoned by her father as a child, raised by her domineering aunt, Madame Raquin (Jessica Lange), and forced to marry her febrile, effete cousin, Camille (Tom Felton). Therese, throughout most of her existence, has no will of her own – she’s a servant to the whims of her family.

All of that changes when she meets Laurent (Oscar Isaac), Camille’s childhood friend and present coworker. Therese and Laurent have an immediate sexual chemistry, and they engage in a torrid love affair that occurs behind closed doors and away from watchful eyes; it’s not enough, though, and soon, the two paramours plot, scheme, and unwittingly architect their own downfalls as they make a bid to be together. It’s tawdry, unsparing stuff, and in Stratton’s hand, it occasionally has some very real bite.

The keyword there, of course, is “occasionally”. Stratton treats most of Therese and Laurent’s afternoon delights coldly and clinically; he’s an observer more than a provocateur, competent enough to the sex of Zola’s narrative but woefully unequipped to make it smolder. Watching two stars as staggeringly talented (and jaw-droppingly gorgeous) as Olsen and Isaac paw at each other should raise the temperature of a crowded theater by at least twenty degrees. Stratton can’t even push the thermostat half that much. 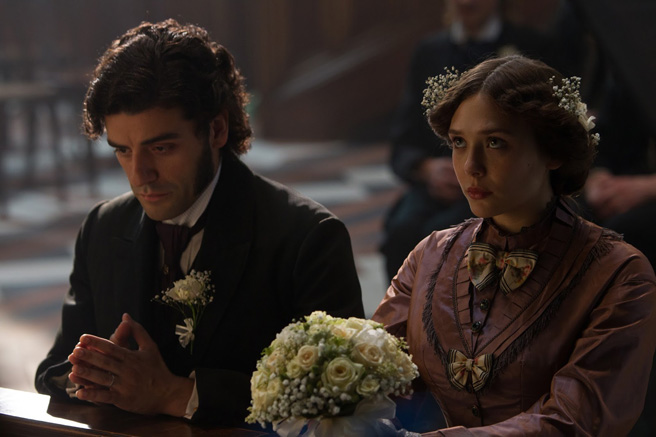 That’s something of a feat unto itself, but no one should be rewarded for making on-screen whoopee this flat.  Frankly, Stratton seems as though he’s far more in his element in the latter sections of the film, where Therese Raquin slowly transmogrifies into a grotesque meditation on guilt; bloated corpses, whether prone on a mortuary slab or maliciously alive in Therese’s bed, tickle the filmmaker’s fancy far more than ill-fated liaisons, it seems. In Secret almost becomes horror-light in Stratton’s hands, and in these fleeting moments there’s more spark than in the cuckoldry that comprises the bulk of its plot.

Not all of In Secret is bad; it’s often quite lovely to look at, though Stratton doesn’t always have the right idea so far as camera placement goes. (This statement mostly applies in the bedroom, where his only method for conveying intimacy is tight close-up shots.) He has an eye for nature, if nothing else, and he makes countryside idyll as foreboding a location as the film’s far more cramped and dingy urban settings.

Most of all, though, the cast is uniformly watchable, though despite their best efforts, Olsen and Isaac both feel completely out of place here. She’s bored, he’s brooding, and they’re both saddled with phony baloney British accents as Hollywood law dictates they must be.They’re both terrific actors, certainly flexible enough to fit into a niche as specific as “adaptation of hoary, naturalist literature”, and yet somehow they’re mismatched here. Conversely, Felton is right at home playing the whiny mama’s boy; Camille feels like a less evil and more grating version of Draco Malfoy, so we don’t mind watching the downward trajectory of his arc.

But it’s Lange, the matriarchal cornerstone of Ryan Murphy’s American Horror Story, who gives the performance to savor here. She might hold an accent with a drunkard’s grip, but she seamlessly transitions from scene-chewing harridan to whimpering vegetable as In Secret‘s plot requires. Perhaps she’s at an advantage here simply because there’s a bit of Madame Raquin in most of the characters she portrays on FX. Stratton’s take on the material certainly suits her skill set; it’s the soap opera version of Therese Raquin, no more, no less, and that’s an angle Lange can work in her sleep. She’s terrific.

She’s not, however, enough to justify In Secret‘s existence. The lasting, lingering thought Stratton inspires here is one of necessity; nobody really needed this movie to begin with, and our fledgling maestro fails to convince otherwise. It may not be a total disaster, but there’s no reason it should have been green-lit in the first place, either. It’s too conservative to rouse us, too timid to shock us, and too condensed to be anything but Therese Raquin in name – and it doesn’t even bother to be that, either.

One thought on “‘In Secret’ Fails To Scandalize”