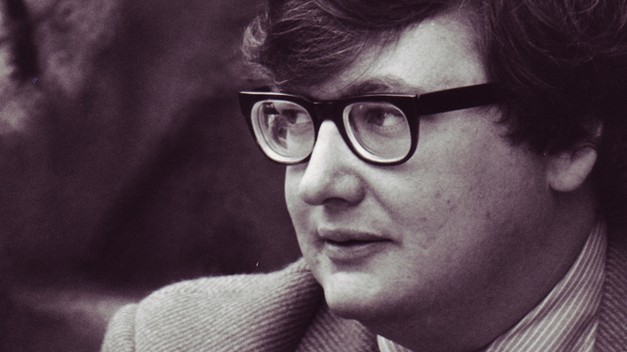 In Memoriam: Legendary Film Critic Roger Ebert Passes Away, But His Writing and Spirit Lives On Forever

I don’t know when the pain and tears will begin to subside. What I do know is that today the world lost not only a great writer, but a great human being in Roger Ebert.

Film critic for the Chicago Sun-Times since 1967, author of more than 20 books, and co-host of the beloved television program At the Movies, Roger was a beacon of pure inspiration.

He inspired us film critics to be more reflective and poignant writers, and he inspired filmmakers, actors, and actresses, big and small, to pursue their creative dreams. But most importantly Roger inspired all of us to be better human beings.

Since 2002, Roger had been battling myriad forms of cancer. Yet no disease – even when it led to the loss of his ability speak and eat – impeded Roger’s passion for movies and writing. In fact, just last year Roger managed to write more than any other year in his immeasurable, brilliant career.

Perhaps the reason why Roger has left such an indelible impression on so many was because of how unabashedly sincere, honest, and generous he was. Whether he’d be discussing movies or religion, illness or traveling, La Dolce Vita or North, he’d do so with a warmth often absent in the world we inhabit.

About a year ago I had the great pleasure and fortune to meet my hero at Ebertfest, Roger’s annual film festival held in Urbana, Illinois (his hometown). Nervous and anxious, it took 20-minutes of me convincing myself that I needed to go up and speak to him.

Hands shaking, knees trembling, I handed him my copy of his beautiful memoir, Life Itself, along with my business card. I still remember the exact words I wrote on the back of that Duke & the Movies gold and navy card: “Roger, while your voice may be gone, your words will live forever. Thank you for everything.” He read it, handed it to Chaz, looked at me, and then smiled. I will never forget that smile.

Months after the festival ended I received a supportive email from Roger saying he read my reviews and that I have a future as a writer, film critic or not. Without any hyperbole intended, that was, unequivocally, one of the best days of my life. He didn’t have to reach out to me, but that’s just the kind of person he was.

To anyone who has experienced or interacted with Roger, in one way or another, knows that today is not an easy day. I’d like to think this pain will soon end, but I can’t be sure. If only we could all be Roger … a man who, even in the face terrible illness, remained astute and optimistic.

For now, lets continue to reflect on the writer, the mentor, and the human being that was Roger Ebert.

I miss him already. Thank you for everything, Roger.

5 thoughts on “In Memoriam: Legendary Film Critic Roger Ebert Passes Away, But His Writing and Spirit Lives On Forever”