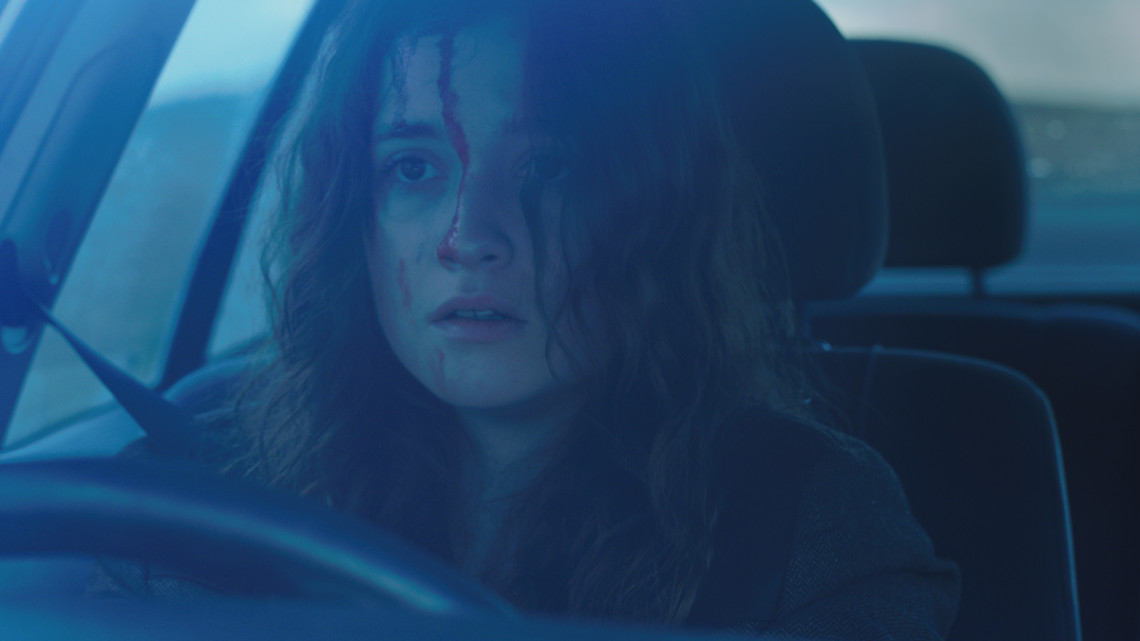 “In Fear”: Death by Road Trip

Having endured countless hours of senseless gore that revels on escalating sadism to inflict not fear but disgust on its audience, these days less tends to be more when it comes to watching horror flicks. And when it comes to barebones terrifying experiences, a tale that takes place in the deserted Irish grasslands with 3 characters and a car is perhaps as radically austere as has been seen recently.

The concept of a pair of young lovebirds getting lost in the woods and being subjected to horrible occurrences is not for a second innovative, and director Jeremy Lovering knows it. It is in the almost unbearable tension he builds that the artistry is hidden. It takes an expertly calculative approach to hold the audience as captive and perpetually on edge as his actors are for the film’s 85-minute duration.

In Fear opens in a pub’s bathroom stall with thoughtful Lucy (Alice Englert), a girl who is probably asking herself what she’s doing there. By this point we already know she is on a road trip to a music festival with a guy she met just a couple weeks before. His name is Tom (Iain De Caestecker) and he seems to have other plans before heading to their original destination. In an attempt to further develop their brand new relationship Tom decides to reserve a room in a countryside hotel for them to have some privacy. At first unamused, Lucy agrees to go along with it. Casually discussing an apparently unpleasant encounter Tom had with some men at the pub, they get on their way.

Here is where suspicion increases both towards Tom himself and the seemingly irrelevant encounter: according to the hotel’s instructions someone is supposed to meet them at the pub and guide them to the paradisiacal getaway. Something of the like happens but leaves the couple lost in a rural area from which there is no escape — a maze within the woods. Soon enough, small, unsettling events begin startling them. A strange noise, a mysterious vision in the dark, and the alarming notion of being trapped in a desolated area in the middle of the night add up to create a state of disconcerting fear, which rapidly begins to take a toll on them. 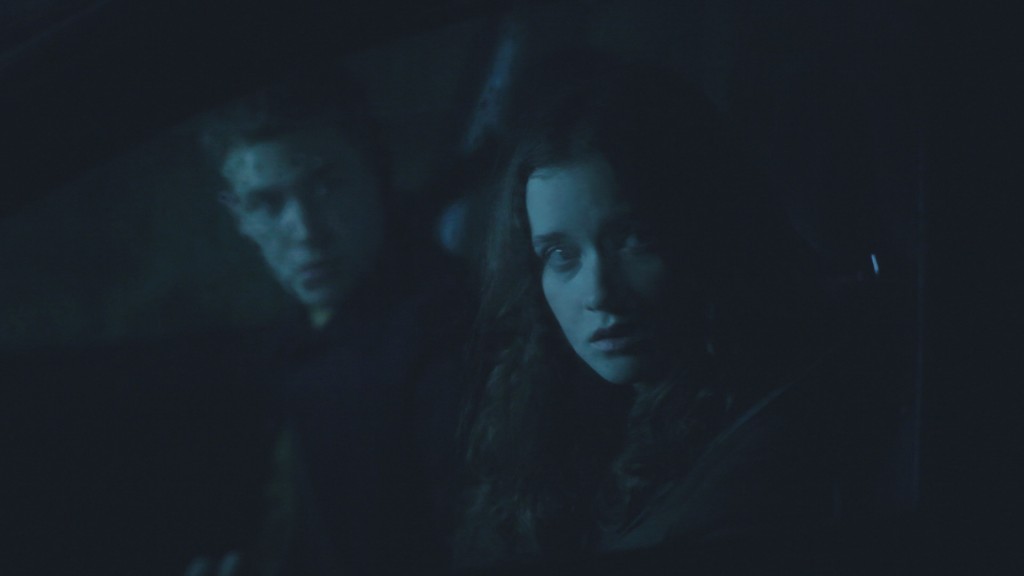 The extreme lack of information about what is haunting them is the primary source of distress. In several occasions, the couple catches a glimpse of their possible tormentor — a strange figure wearing a white mask — but unfortunately for them, Tom’s pragmatic perspective of their dilemma, at least at first, easily dismisses her claims. It is not until a face-to-face encounter with evil in an agonizingly brilliant car sequence that he is fully thrown into the depths of insanity.

What clearly separates Lovering’s film from the innumerable versions of this type of scenario are the outstanding performances by the two leads and his slow-burning manipulation of their primal fears that in turn are transmitted to the viewer. It is absolutely nerve-racking to watch their insufferable ordeal. However, at the same time, the luring uncertainty of why this is happening to them warrants the audience’s mistrust towards the protagonist themselves. Both Englert and De Caestecker exude truthful desperation through performances that feel organic, almost improvised and achieved with great sincerity. They barely know each other, they are lost, they are scared, and there is no escape. Their only hope for salvation is their car, but even that becomes a dangerous liability. And watch out for Allen Leech’s performance.

Not that he is trying, but it is obvious Lovering’s work won’t be a game changer in the crowded field of psychological horror, but he presents a tale that elicits the right emotions via its simplicity and misguiding normalcy. Road trips are prime settings for frightening events but they are often rendered ineffective by showing too much gore or making their villains motivations explicit, not here. Despite falling into a couple inevitable conventions of the genre, particularly towards its resolution, In Fear deranged ambiguity and quiet madness make for a terrifying viewing experience that could actually really happen to anyone.  Such possibility inspires more nightmarish trepidation than a dozen dismembered bodies and buckets of blood.

One thought on ““In Fear”: Death by Road Trip”