“On Second Thought” is a weekly column filled with personal written and visual reflections on all things cinematic by critic and video essayist Michael Mirasol.

1989 was a turning point in my life. My family moved into a new home, a two-story house in an affluent suburb, something I had always dreamed about as a kid. I became a high school freshman at 14, blossoming at basketball, a sport that I had picked up just a year before. I suddenly became entranced with rap and r&b, memorizing lyrics by Young MC and choreographing steps with my buddies. Life’s secret joys seem to beckon from every corner of discovery.

For my Filipino generation, our first moments of awareness of America’s black culture lay with its music. The earliest songs I remember were George Benson’s “Gimme the Night” and Angela Bofill’s “This Time I’ll Be Sweeter” playing on my mom’s car radio. When I became aware of these artists, I had no idea what race they belonged to, let alone how much that would matter. Michael Jackson, Whitney Houston, Stevie Wonder and Lionel Richie and their contemporaries ruled our airwaves. And as hip-hop was becoming a force towards the end of the decade, the only thing we teens knew about African-Americans is that they seemed to be cool and entertaining.

It’s not far-fetched to say that prior to the 90s, most Filipinos had no inkling of America’s history of slavery and the suffering it caused among African-Americans in succeeding generations. You’d think that the Philippine’s own history of slavery, before and during Spanish rule, would have made us more understanding (gotta love that education system America left us after World War 2). The year after Ferdinand Marcos was deposed, one of our broadcasting stations aired a special on Martin Luther King Jr., and thus began our nation’s general awareness of Black America’s struggle.

Yet the struggle never really manifested itself clearly in our minds. If you don’t count David, Gordon, Susan and Olivia of “Sesame Street,” rarely did any black actors appear on our TV sets in the 80s. When they did, they arrived in “The Cosby Show,” becoming a hit in our living rooms as it did in America. Rap followed suit, becoming enormously popular for its rhythm and beat rather than its combative lyricism. US sports figures reinforced the acceptance, with Magic Johnson and Michael Jordan becoming the symbols of the black athlete. And funnyman Eddie Murphy skyrocketed into fame with the most affable vulgarity the comedic world had ever seen.

Black America appeared to have arrived. And we Filipinos, known for our culture of performance and entertainment, embraced them. They represented a new and exciting presence in American pop culture, something our society had modelled after and aspired to. And to the young and impressionable, we wanted to sing, dance, speak, dress and dunk just like them. We all wanted to be like Mike.

Little did we know what a perilous image the song and dance negro was. Heck, we didn’t even know the word “negro” was frowned upon (my elder cousin shushed me when I naively used it after playing a pickup game in the US). We had no concept of minstrelsy, and were seduced into thinking that black people were predisposed to jump higher or run faster. That it would be natural for them to gesture wildly, to be loud and curse a lot.

We took these portrayals all for granted, because the only reference we had was what we heard and saw from Billboard and Hollywood.

But in 1989, thanks to Casey Kasem (God rest his soul) and “America’s Top 10,” I saw a glimpse of a film that would challenge my perception of America, let alone Black America. Though his show focused on music countdowns, it would also briefly highlight the top 10 films at the US box office. I had become aware of my love for movies around this time, with Schwarzenegger, Stallone and Murphy coming out with hit after hit in the decade. With Mr. Kasem’s lists I thought I couldn’t go wrong with what movies to see. And thus I discovered Spike Lee. 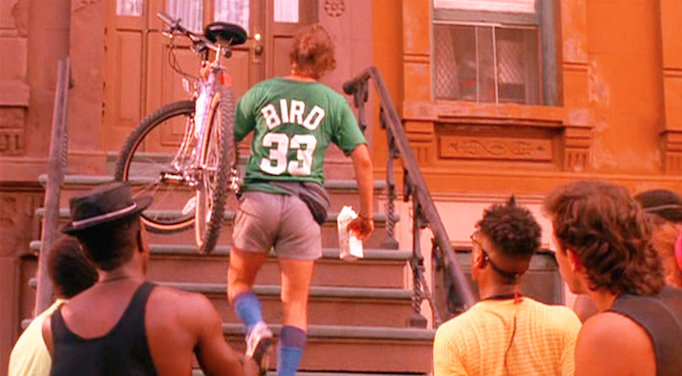 That year wasn’t the first time I had heard of Mr. Lee’s name. I recognized it from a year earlier when his film School Daze was mentioned in a week of February (1988) as Mr. Kasem counted the films away. But Do The Right Thing was mentioned for two weeks straight in July. I figured it must be worth seeing since it stayed on the charts that long. The clip they showed was Buggin’ Out complaining to Clifton about his Air Jordans getting run over.

I remember the scene vividly, with Clifton in his green Larry Bird shirt and Buggin’ Out with his yellow shirt. The image felt straight out of the Lakers vs. Celtics Finals which Filipinos watched on rerun month after month after month in 1988. I couldn’t understand what they were saying to each other when I first saw it, so any cussing that occurred flew right over me. In my mind’s eye, it played out like a comedy, with exaggerated gestures and shouting rising to a crescendo with Buggin’ Out’s group screaming, “AWWWWW!!!”

“This has to be funny,” I said to myself, hoping to see it the first chance I got. But the film never came out in Philippine cinemas that year. No bootlegs became available until more than a year later. I wondered why it took so long compared to other US films that usually came out sooner. I would find out soon enough (WARNING: Spoilers follow).

The film’s scenes felt compartmentalized, each dedicated to a character or a group of characters. This narrative separation reflected the segregated nature of each person, group and race within the film. It was a shock to my moviegoing mind at the time, which had been conditioned to a more traditional type of storytelling. I had never seen a film with so many black characters before and I wondered if this truly reflected the culture it was portraying. Swear words were in abundance, although most of the meanings escaped me. The tilted shots, the loud music, the unfamiliar character types. All of these things kept me off-balance. It felt strange and theatrical, but it was never boring.

I noticed that every black character seemed angry. The white characters seemed angry too. So too did the Latinos and and the Asians. I stopped keeping track since everyone was angry as chips lay on almost every shoulder. But the anger never appeared to veer into violence or maliciousness, so for a while I found it amusing that everyone was hating on each other. The wit and intelligence of their words did not land, and would not ’til years of repeat visits later on.

Aside from the titillation that I got from Mookie’s seduction of Tina, the film started to disappoint me with my misplaced expectations. Where was the dancing and entertainment that the opening credits seemed to promise? Where were the jokes and the laughs like those I found in Eddie Murphy movies? Every story line and stake felt dead set on collision course. This wouldn’t end well. 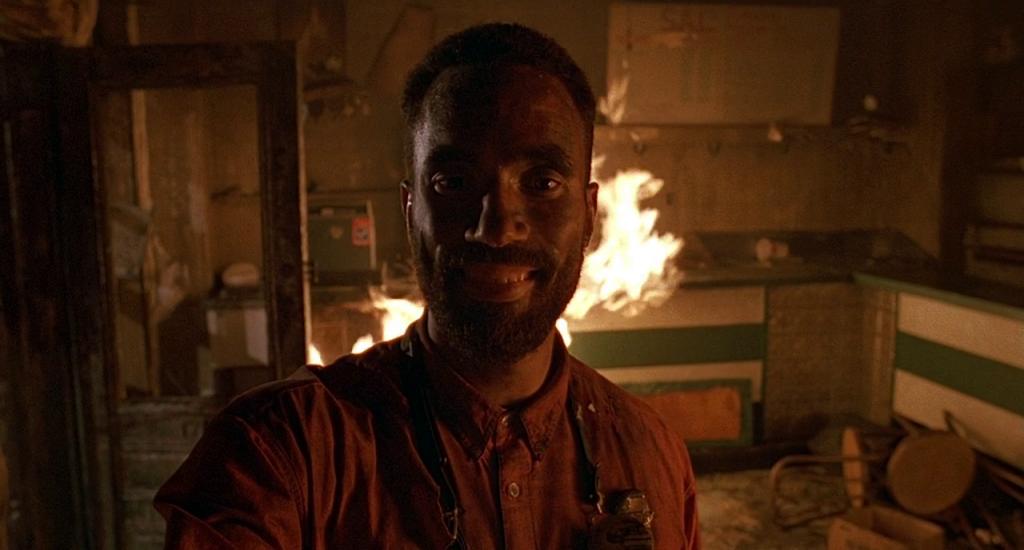 Then the climactic moment arrived, over pictures displayed at Sal’s Pizzeria. My judgments went against Buggin’ Out and his group. It was Sal’s shop so his patrons had to abide by his rules. I fretted over Radio Raheem’s inflexibility and Buggin’ Out’s abrasiveness. I despaired over Sal smashing Raheem’s radio. And when all hell broke loose, I was completely stunned but mesmerized. I had never seen such collective anger simmer and erupt so completely and purposely. I found myself actually praying against casualties. But Raheem was needlessly slain, and I could not help but feel disgusted at the absurdity of it all.

In my gobsmacked youth, I asked myself, “Why?” Why did Mookie throw the garbage can into Sal’s window? Wasn’t he the good negro? Wasn’t he more understanding than the other black people around him? Why couldn’t the other black kids just leave Sal alone? It was the first time a film had hit me that deep, with images and moments would stay with me for weeks on end. I knew I had seen something unforgettable, burning with conviction. But despite all of the rage I had felt and witnessed, the film never felt exploitative or hateful. In the aftermath of the film’s tragedy, I could feel a sad relief.

It would take me many repeated viewings of the film across several years to square my sentiments towards it. After shedding my blinders, I finally saw Sal’s refusal to acknowledge the culture of his patrons. I understood the distrust accumulated by the black community over two centuries of racism. I empathized with Mookie succumbing to fury as a rebuke to his atrocious conditions. I realized that no one in the film does the right thing. Spike Lee pushed me to understand all sides of the story, in a time when I had not yet discovered what film criticism was, with no guide to help sort through my confusion. He made me reckon with what I had seen and felt, with the reality of injustice on screen. For the first time, I had experienced something akin to the Black experience. I am eternally grateful for it.

With Do The Right Thing, I gained a better understanding of the tinder box that is America’s race relations, and learned that the media’s ability to shape our sense of reality is powerful and dangerous. The perception I had of American culture, black, pop or otherwise, was warped and sanitized. It took Spike Lee’s courage to help me deal with the truth, by showcasing it through his artistry. He started the conversation, asking us whether we would do the right thing, and what the right thing is. 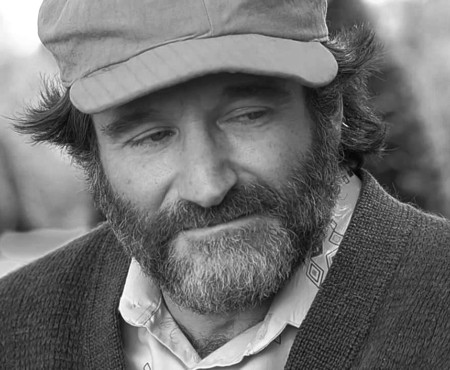