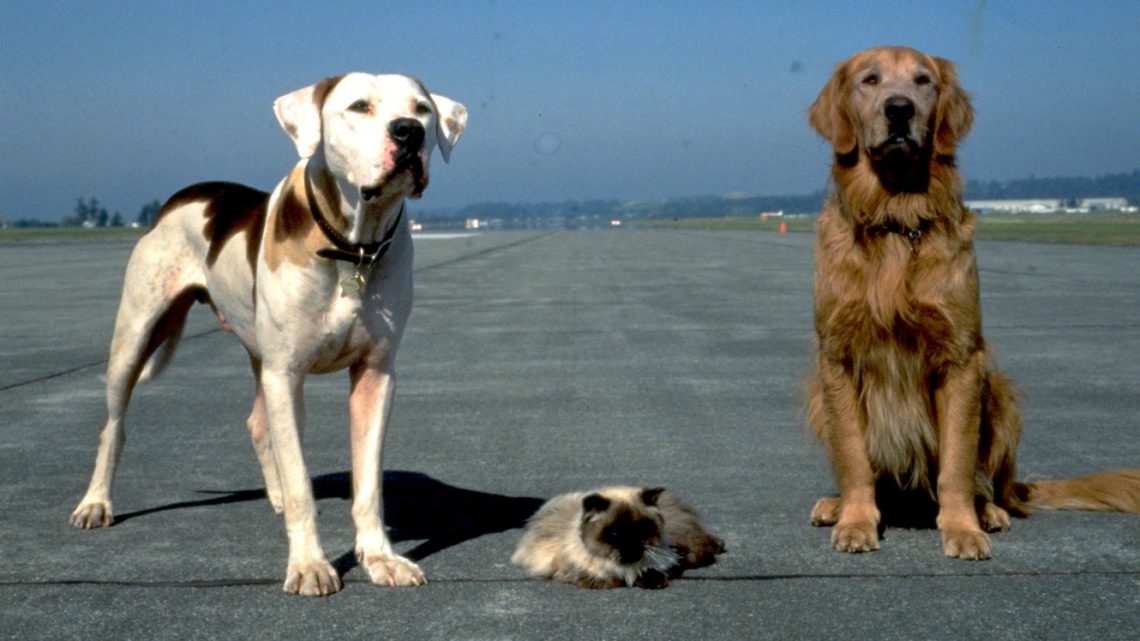 On this episode of Mousterpiece Cinema, Josh and Gabe talk about the 1996 sequel "Homeward Bound II: Lost in San Francisco."

We hope you’re ready for an exciting episode of Mousterpiece Cinema, friends. With the election bearing down us, what better film to discuss than Home Alone 2: Lost in New York, featuring one of the presidential candidates himself in a very prominent cameo! Why, many people are saying that–wait, hold on a second. Oops, we’re actually discussing Homeward Bound II: Lost in San Francisco on this week’s podcast, which is a fairly easy mistake to make, seeing as both of these movies are pretty similar. In fact, Josh and Gabe spend a great deal of time on this week’s show debating whether or not a repeat of the first film’s premise could possibly work, especially with the late Don Ameche replaced here by Ralph Waite as the elderly Shadow. Plus, they debate pop-culture references, big-name cameos, friend-zoning, and yes, there’s an earnest plea regarding the election at the very end of the episode. Check the whole thing out now!