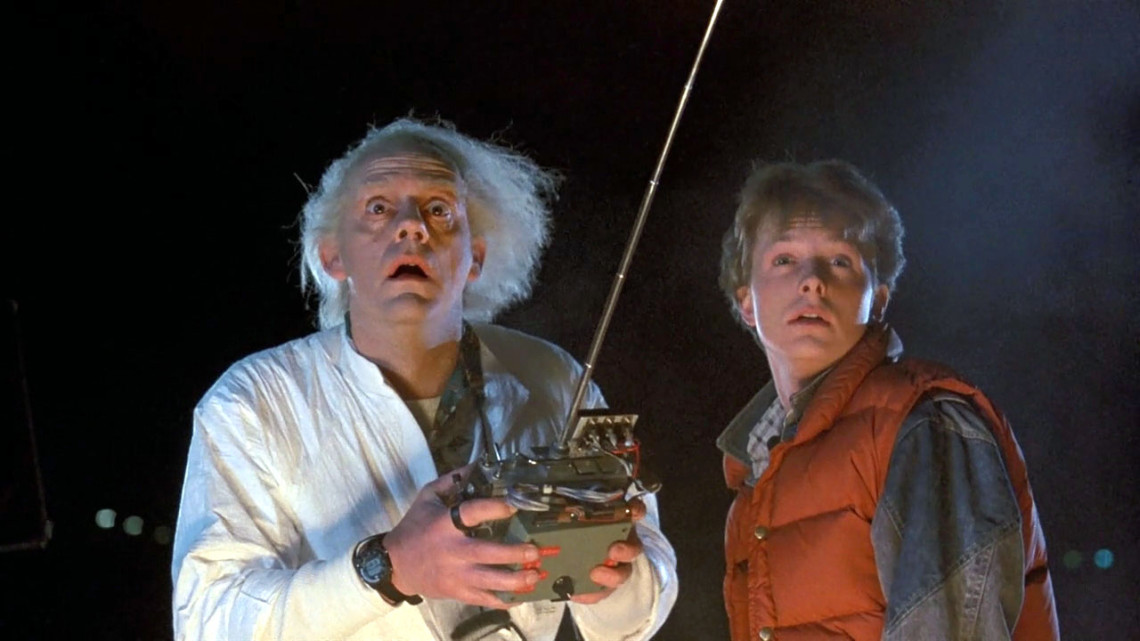 History of Film: Robert Zemeckis’ ‘Back To The Future’

Back to the Future was released on July 3, 1985, right in the middle of the decade. It was number one at the box-office for 11 weeks running and ended up the top-grossing film of the year. Why did it do so well? Because it was really damn good, that’s why. This was before the age of globalization and the internet, when positive word-of-mouth was just as important for a film’s financial success as a strong marketing campaign. If a movie was going to be a hit, it had to deserve it, which is why even now Back to the Future is considered one of the best popcorn films (and trilogies) ever made.

Perhaps the most remarkable thing about Robert Zemeckis’ masterpiece is that it’s so well-crafted it barely feels dated. It never tries to hide the fact that it’s set in the 1980s, and it’s inundated with things that immediately place it in that era — the fashion, the JVC camcorder, the soundtrack, the DeLorean, the nods to then-President Reagan — but they always feels organic to the story being told. Like all good films, it’s a time machine itself, a glimpse into the past easily enjoyed in any decade.

What makes Back to the Future work so well is its tight script. No scene is wasted, and every line of dialogue feels like it serves a narrative function — even if, in the case of one gag, that line is just, “Shit!” It’s the rare film that’s crafted in a way that exemplifies its primary theme, the very structures of storytelling cementing the examination of cause-and-effect that will drive the story forward.

This is a movie about how the past is an inextricable part of the present, so Zemeckis spends the entire first act setting up cross-timeline details that serve only to demonstrate how understanding past will help us in the here and now. Doc Brown’s memory of inventing time travel later becomes important in gaining his trust. Videotapes of the DeLorean test drive help him learn what he hasn’t learned yet. An anecdote about the birth of romance inspires the main conflict of the film. In Back to the Future, Chekhov’s Gun isn’t just a great screenwriting device, it’s the message of the entire movie: Every detail of your personal narrative is irreplaceable, whether you realize it at the time or not.

There are certain moments that hint at an underlying fatalistic worldview, like Goldie Wilson’s mayoral campaign, or Lorraine’s sixth sense that kissing Marty is somehow “all wrong.” And of course, the ultimate irony is that these characters’ lives are manipulated by Zemeckis as he sees fit, unable to go anywhere other than where the script demands. Most of the time, though, Back to the Future takes a deterministic view of history, emphasizing how each of Marty’s actions in the past changes the future in ways both obvious and indeterminate. A simple maneuver with his car alters the course of Old Man Peabody’s entire life. A conversation with George leads him to pursue his dream of becoming a science-fiction writer. A guitar solo influences the evolution of rock-and-roll.  He even inspires his parents to name him Marty (the PG version of The Terminator’s paradox of becoming your own father).

I think one of the main reasons Back to the Future was such a success is that it’s ultimately a very life-affirming story; I find myself extremely moved by its strict deference to causality. If we’re simply the product of our decisions, then each choice we make — no matter how trivial — has drastic consequences for not just our own lives, but our children’s as well.

Back to the Future posits that everything matters, no matter how small. On one hand, this is terrifying, because it means events outside our control could lead to us living unfulfilling lives. On the other hand, it reminds us that even the dark timelines, the moments that seem horribly wrong and disappointing, are still somewhat miraculous. The loveless marriages, the low self-esteem, the Libyan terrorists, the suburban malaise, none of it would exist without a million little decisions from a million different people living a million separate lives.

If Marty returned to 1985 to discover that everything was exactly the same as he’d left it, that would still be worth celebrating, because it’s his life, warts and all, and there’s nothing else like it. There’s meaning, even in the brokenness. We’re all in this together, so it’s no overstatement to say the future of our entire species depends on just how well I’m able to co-exist with you, a total stranger. Great Scott! Maybe there’s hope for us yet.

One thought on “History of Film: Robert Zemeckis’ ‘Back To The Future’”