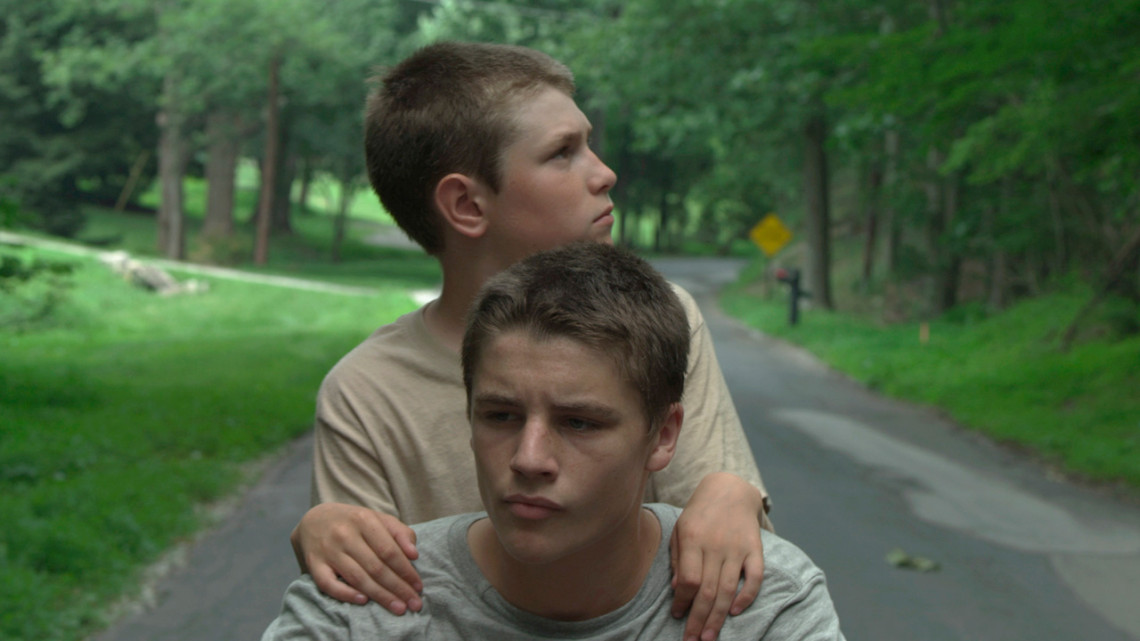 Grasping the concept of death requires a reasoning that the human condition doesn’t allow for because it means giving purpose to something ephemeral. To live knowing you will die can either be a liberating epiphany that transforms even the most meaningless occurrence into extraordinary events. On the flipside, it can pose the most exhausting burden on a person’s mind by forcing one to realize nothing in life really matters that much. It is all absurdly fleeting. It is exactly between this contrasting bleakness and enlightenment that Daniel Patrick Carbone’s debut feature Hide Your Smiling Faces exists. Highlighting the inexplicable beauty in nature while presenting his young characters with ravaging existentialism makes for an alluring, tense, beautiful experience.

Set in the a rural lakeside town, Carbone’s story centers on two brothers, 9-year-old Tommy (Ryan Jones) and 14-year-old Eric (Nathan Varnson), each representing a distinct stage in the road from boyhood to manhood. It is summer in a time before Wi-Fi took over the collective idea of fun and human interaction – this can be assumed by the occasional appearance of the now-forgotten CD-Player – the kids still play outside, unplugged, a rare sight in contemporary youth. The siblings enjoy bike-riding, swimming, and the simple joy of being in the great outdoors. But even in the tranquility of the woods, the darkness of life prevails and it becomes exponentially haunting when perceived from the kid’s untainted point of view. 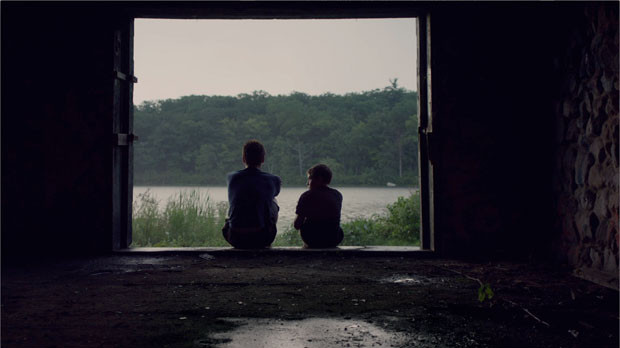 Soon after a tragedy takes the life of one of Tommy’s friends, the boys are confronted with their own mortality, and more specifically with a recurring interest in suicide and the afterlife. However, the way in which the director approaches the seriousness of the situations allows the film to remain innocent. He doesn’t make the mistake of infusing his characters with the overpowering influence of adult concerns, but instead encourages the viewers to see what thought provoking questions seem like from the perspective of a child in distress. For the first time in their lives, Tommy and Eric witness the irrationality of fate. Eric questions God and acts out enraged by his doubts about the purpose of his existence, while Tommy, still unaffected by puberty, ponders on the unknown and the mystery of death.

To enhance the ideas subtly embedded in the film, Carbone chooses ideal places for his camera to follow the characters. He hides it behind doorframes, inside rooms, among the woods, and other times he puts right in the middle of the action, but it is never intrusive. It observes and delivers images that are truly cinematic. Life and death collide in every frame, and such duality makes of what could have been an easily dismissed 80-minute film, an outstanding introduction of a new powerful voice. Of course, without the talented young cast capturing such enticing images would have been impossible. Both Jones and Varnson blessed the film truth, not once do their emotions and reactions feel manufactured, but rather in sync with their characters and the atmosphere around them. Undoubtedly, in their quiet anger, their sill banter, and preoccupations the viewer can find honest revelations.

Simultaneously, Hide Your Smiling Faces makes a clear point of the specific experience it tries to portrait. This is a male world. No a single girl is ever in sight, no love interest or sexual initiation are needed here. Besides their daily outings in nature the boys have wrestling matches with other townies, yet, these encounters are always of a bonding nature, never violent. It’s as if Carbone was trying to film an homage to a pure young manhood only to be found in nature. Yes, this is a coming-of-age film, but of a different kind. It is a lyrical, poetic, and, above all, naturalist and raw piece about brotherhood, about sadness, about death, about the finite wonder of life itself.