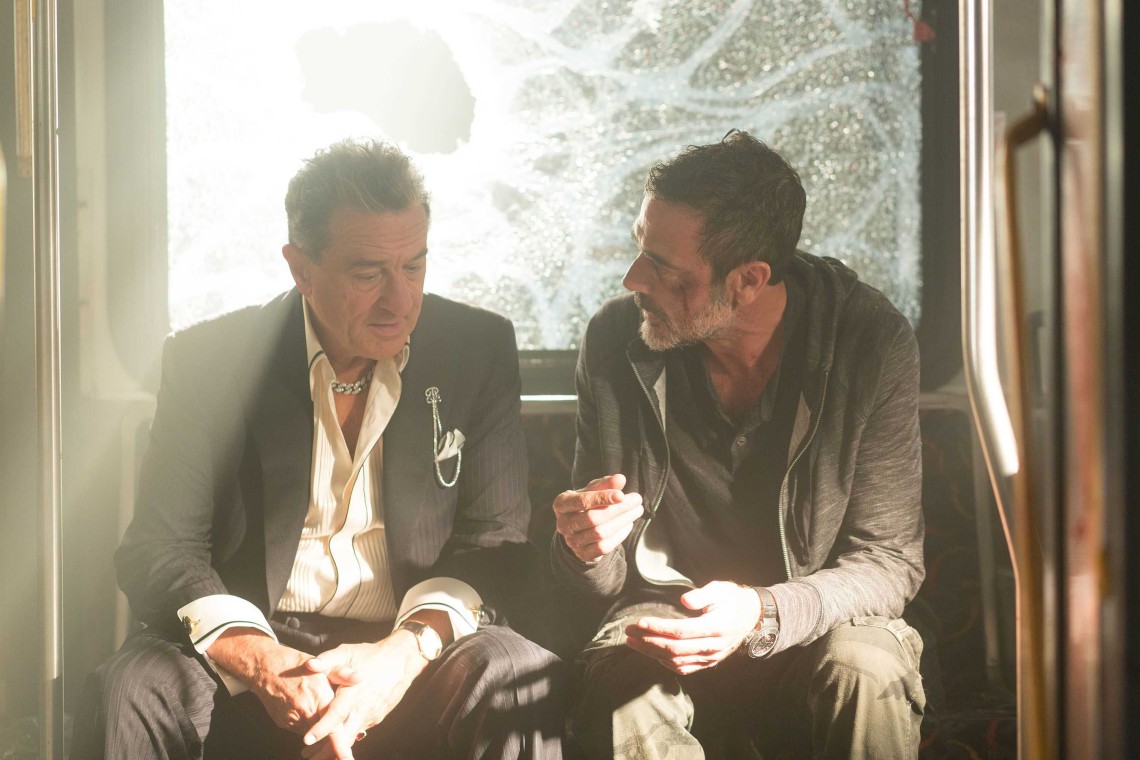 Robert De Niro vapes in Heist, which I guess is almost as much a sign of changing times as Robert De Niro even appearing in a film like this at all. Following The Bag Man and Freelancers, Heist is the latest of the cinema legend’s straight-to-video throwaways coming soon to a Redbox near you. While some viewers may wish to speculate if a perilous financial situation (or just plain boredom) prompted such a bizarre detour in a distinguished career, De Niro breezes through the low-rent picture roughly half-engaged, classing up the joint considerably with every theatrical drag on his e-cig.

Gruffly handsome Jeffrey Dean Morgan stars as Vaughn, blackjack dealer at a riverboat casino owned by a fearsome gangster (guess who?) known only as The Pope.  Vaughn’s daughter is sick with an unspecified disease requiring three hundred grand worth of surgery before the end of the week, but despite some deftly-played hints at a long-ago friendship, The Pope is a man of principle who refuses to loan money to his employees. No exceptions, not even for dying little girls.

As luck would have it, there’s a snarling bear of a security guard (Dave Bautista) itching to rob the joint of some ill-gotten cash being laundered there by the Chinese mafia. Before long, he and Vaughn are in the midst of a messy robbery that ends with them taking an entire city bus full of morning commuters hostage. Not the savviest escape plan… or is it?

Despite being comprised almost entirely of scenes from Speed, The Taking of Pelham One Two Three, and The Usual Suspects, the screenplay by Stephen Cyrus Sepher and Max Adams keeps the not-quite-surprises humming along at a reasonably engaging clip. Bautista is obnoxiously one-note as the knuckle-headed hijacker, but Morgan fares far better, deftly underplaying the crook with a heart of gold and even striking some sparks with Gina Carano’s investigating officer. (Alas, it’s strictly physical chemistry, as the Haywire star’s line readings are so flat here they sound like her dialogue’s been run over by a Zamboni.)

Subplots abound, making room for The Pope’s cancer diagnosis and attempts at reconciliation with a daughter of his own (Kate Bosworth). He’s also got a poisonous mentor relationship with Morris Chestnut and we witness the sinister machinations of a crooked cop, played with lip-smacking impudence by Mark-Paul Gosselaar. Insofar as Morgan’s lantern-jawed masculinity suggests Powers Boothe 2.0, the former Zack Morris could probably have a nice little sideline in B-pictures as the second coming of Billy Zane.

Competently directed by Scott Mann, Heist isn’t bad for a brazenly derivative, time-killing knock-off.  But the impishly funny final shot of De Niro tossing aside the e-cig and savoring an actual smoke might just as well stand in for viewers craving something more genuine after 90 minutes of recycled tropes.

3 thoughts on ““Heist” Is A Brazenly Derivative, Time-Killing Knockoff”