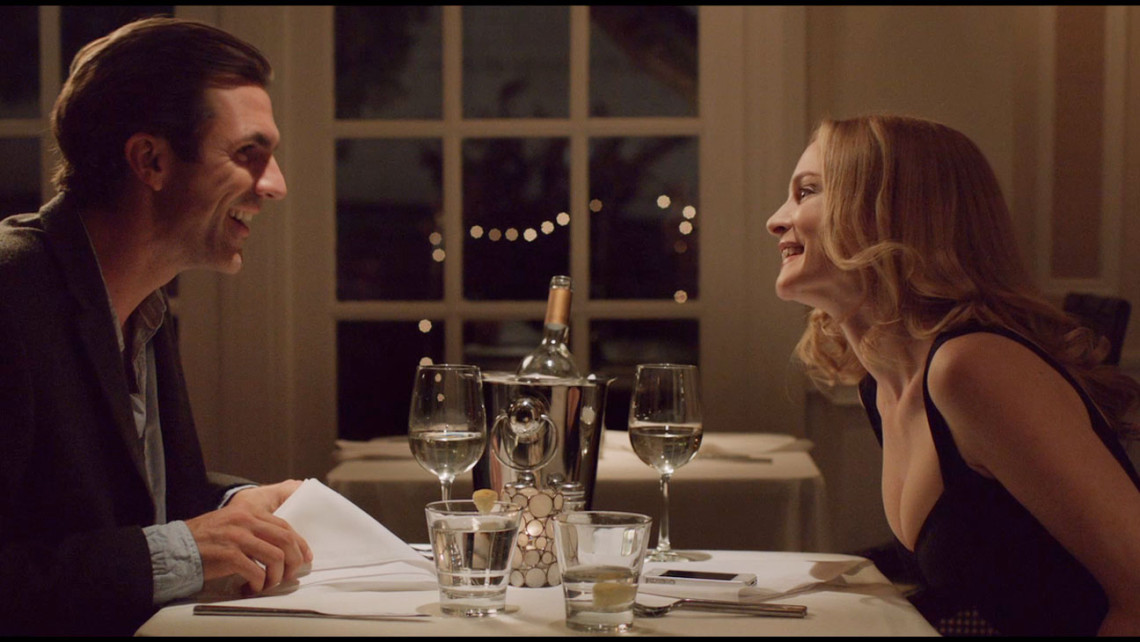 “Goodbye to All That”

With his rumpled good looks and relaxed drawl, the fine character actor Paul Schneider brought an easygoing everyman charm to the early films of David Gordon Green, and supplied anchors of authenticity in terminally whimsical efforts like Elizabethtown and Lars and The Real Girl. Much in the mold of John C. Reilly, Schneider’s the kind of endearing goofball you like to imagine just wandered into a movie on his way home from a crummy day job, miles away from Hollywood casting calls.

His considerable charisma is put to the test in Goodbye To All That, the limp directorial debut of playwright Angus MacLachlan – who penned the screenplay for the similarly uneventful Junebug a few years back. Schneider stars as Otto Wall, a well-meaning, accident-prone galoot sleepwalking through life in a quiet North Carolina town. “Daddy doesn’t pay attention,” explains his shrill wife (Melanie Lynskey) to their 9-year old daughter Edie (Audrey P. Scott), shortly before inviting him along to a therapy session so her shrink (Celia Weston) can break the news that the marriage is over.

Gobsmacked by the revelation that his missus was having an affair, Otto stumbles his way through raunchy mishaps of the suddenly single while trying to maintain joint custody of the daughter he dotes on but doesn’t quite understand. After more than 10 years off the market, he’s comically overwhelmed by all the no-strings hookups available to handsome, unattached guys his age now that everybody’s on the Internet. (The movie might be overstating these a bit, and if it isn’t, then I’m moving to North Carolina.)

Facebook reunites him with an old flame (Heather Graham) who’s now a globe-trotting executive looking for a quick romp between planes. Thanks to OkCupid, Otto lands a randy wonder (Ashley Hinshaw) with a thing for naughty talk, as well as the movie’s most amusing creation: one Debbie Spangler. Played in a go for broke turn by Pitch Perfect’s Anna Camp, Debbie speaks of herself in the third person and shouts her own name during sex. She alternates between dildo-play and Bible study with appropriately herky-jerky mood swings, and announces her plans in all-caps text messages a la DEBBIE SPANGLER IS COMING TO YOUR HOUSE.

On a scene-to-scene basis, Goodbye To All That can be quite amusing, but MacLachlan’s screenplay ultimately turns out to be as befuddled and as directionless as its protagonist. Otto can’t figure out why these women don’t just want to go out on a regular old date once in awhile, and he focuses all his lonely yearning on an upcoming summer camp reunion. He’s pining for a childhood sweetheart (Heather Lawless) for reasons that are never quite explained; their eventual reconnection given short shrift and disappointingly devoid of context.

What I suspect MacLachlan was trying to do here is key the movie into Otto’s go-along-get-along headspace, one not as overtly juvenile as most modern movie’s arrested man-children but nonetheless has a lot of growing up to do. Perhaps Schneider is just too damn charming to make the character’s obliviousness stick the way it’s supposed to, but his wife and daughter’s constant exasperation come off as more mean-spirited and unreasonable than warranted.  When an actress as wonderful as Melanie Lynskey is this bitterly unsympathetic, it feels like the filmmaker is the one not paying attention.’