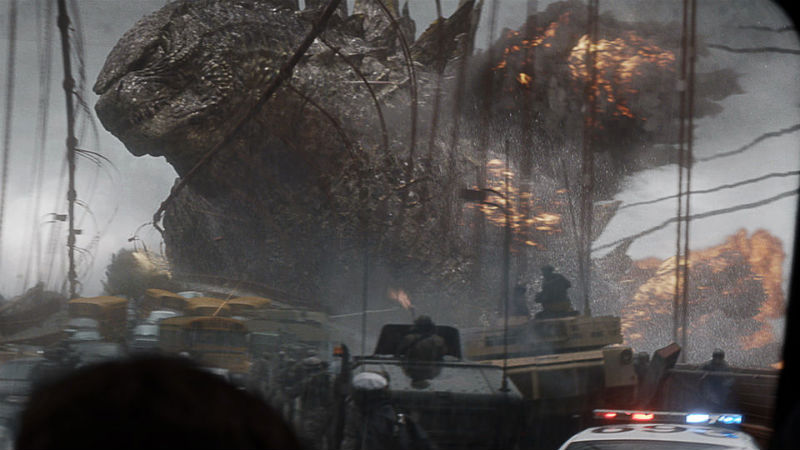 Let’s face it: Batman vs. Superman is going to suck. Jurassic World? Give me a break. Don’t even get me started on Teenage Mutant Ninja Turtles. I don’t know how these movies will actually end up, but I know enough to be sure that they will suck. Hard.

This is the cultural climate we find ourselves in. Undoubtedly propelled and encouraged by the Internet, these kinds of months-and-years-ahead impressions are so commonplace as to be meaningless. We all do it anyway. There are certain projects that quite simply sound like horrible ideas. Ideas that could never result in anything good or worthwhile. Except, sometimes they do.

There are surprises. The reboot of Godzilla, ostensibly just a dumb American reboot about a giant monster we’ve all seen before destroying cities, is the most recent example (although there are definitely those that would argue it’s nothing more than that). “The latest Godzilla, fine and fierce, removes the camp (though it’s not humorless) and takes the smartly considered step of not over-exploiting its star,” wrote Michael Phillips in the Chicago Tribune. “Godzilla delivers plenty of goosebumps; the rest of the summer’s prospective tent poles will have to work hard to dwarf its pleasures,” A.A. Dowd wrote for the A.V. Club. “GODZILLA is the TRUTH,” summarized critic David Ehrlich in his Letterboxd review.

This kind of phenomenon isn’t necessarily new. Critics and audiences alike have always pre-judged films – that’s what movie trailers are for. What is new is how accelerated it has become thanks to digital culture. Everyone assumed a Lego movie would be a bland cash grab and nothing more, from its announcement to its release. Endless jokes were made on Twitter and elsewhere on social media, until the movie finally came out and people were shocked at how good it was. Nearly every person I recommended it to scoffed at me, telling me it sounded like a terrible idea for a movie. The cultural dismissal of the film had run so deep for anyone older than 12, that it became a struggle to get anyone to believe me.

Phil Lord and Chris Miller, who directed The Lego Movie, seem to build their careers around these projects that most people would look at and go, “There’s no way this could be good.” After beginning with Clone High, they moved on to Cloudy with a Chance of Meatballs – a silly kids movie that surprised many with how much heart and humour it had. Then, the reboot of 21 Jump Street with Jonah Hill and Channing Tatum. A project that many would look at and say, “Why?”, but they turned it into a hilarious success. They followed that up with Lego, and have a sequel to 21 Jump Street coming this summer, because if there’s one thing less likely to be good than a reboot of 21 Jump Street, it’s a sequel to it. But I trust them, because they seem to have a knack for taking your expectations and destroying them.

We’ve all read about how digital culture is ruining us, and that’s not what I’m cautioning against. I would argue that these “surprises” are becoming more common because indifference (and vitriol) towards bad-sounding projects has become far more prevalent and presumptuous than ever with the Internet. These films aren’t “better than they have any right to be”. They’re as good as they are, and the issue was your expectations. It works both ways, too, ending in disappointment after months of heightened and eager anticipation. It may be time to keep your expectations in check, and to not let yourself become prejudiced by all the noise, noise, noise. It would be in our best interest to save that judgement until you experience the finished product, without preconceived notions, and let yourself come to your own conclusions. You might be surprised.