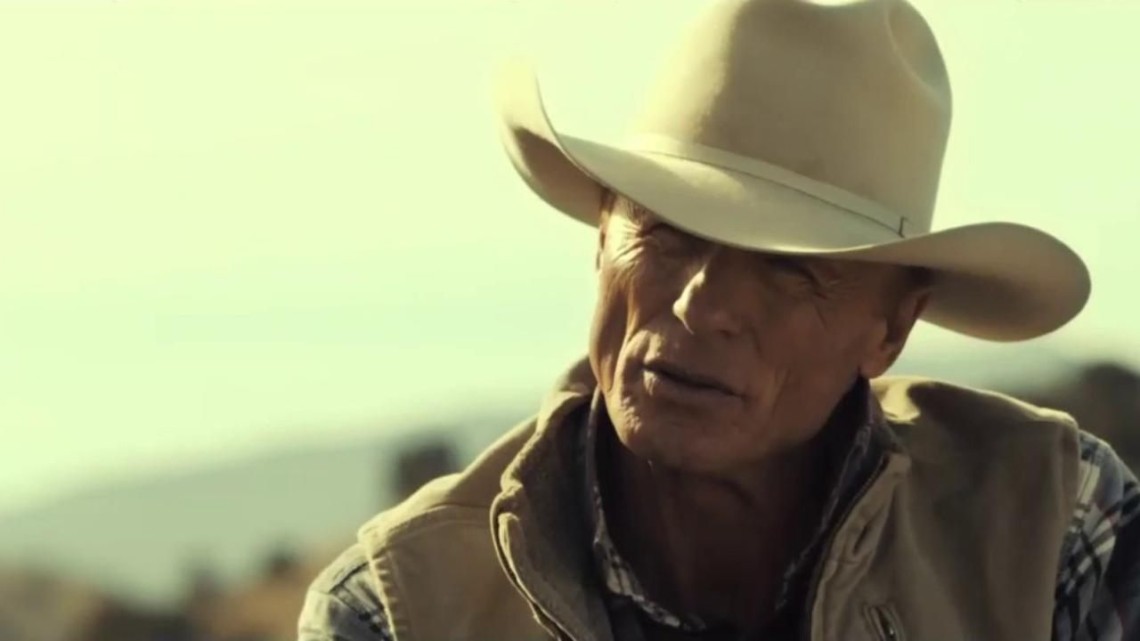 It’s 2014, and there’s still an immigration crisis brewing on America’s borders. Considering that ours is a nation of immigrants, the ongoing dispute over illegal immigration and paths to citizenship is sort of mind-boggling. So kudos to Michael Berry for having the chutzpah to try and untangle the issue’s myriad threads with Frontera, his debut film and one of the year’s most blatant examples of false advertising. If you were to take the poster at face value, you would assume this is an Ed Harris movie. Ed Harris is in it, and he’s great as ever, but this is not his movie. Instead, it’s everybody’s movie.

That needn’t be so bad, of course; Berry’s narrative is a polyptych that unfolds in a handsomely photographed sprawl of interconnected storylines. In that regard, the film feels somewhat overstuffed, clocking in an hour and forty minutes when it maybe needed two hours to fully breathe (and, perhaps, to temper its rushed, obvious third act). But Frontera works more than it doesn’t, and provides a suitable stage for its talented cast. That may be its greatest strength – Berry’s thesis isn’t persuasive enough to change anyone’s position on illegal immigration, but damned if it doesn’t weave genuinely compelling theatrics against a politically charged backdrop.

Frontera begins with a pair of farewells, followed by a murder. Berry doesn’t bother wasting time setting off his powder keg; he moves his chess pieces around the board with speed, eager to get to the central tragedy that irrevocably changes his characters’ lives. Retired Arizona Sheriff Roy (Harris) sees his wife Olivia (Amy Madigan) off for her morning horseback ride, as Mexican laborer Miguel (Michael Peña) makes preparations to support his own esposa, Paulina (Eva Longoria), by unlawfully stepping over the border to find work. But all best laid plans turn to ash when paths collide, Olivia ends up dead, and Miguel is unjustly implicated in her demise.

Berry isn’t much of a whodunit guy; we know the guilty parties responsible for Olivia’s death. We’re there with them through the whole ordeal. Turns out that there’s nothing more dangerous than bored white kids with access to firearms, though the nature of their transgression makes Frontera a morality tale about gun control and prejudice as well as the need for immigration reform. The film maintains a strong focus on its chief subject matter regardless of its digressions, while Berry’s complex plot simply affirms the complexity of his subject matter. Americans, he seems to be arguing, can’t even be bothered to view the men, women, and children who traipse between our two countries just to earn a living wage as human; they’re there for target practice, or to pad our prison system, or to tend our lawns when we’re willing to look the other way for convenience’s sake. There’s neither justice nor empathy for them, not in a system that’s corrupt even when it’s functional.

But for all of its political concerns, Frontera should be seen foremost as a movie that serves its actors. Peña turns out particularly good work by making Miguel a real, recognizable human being; he’s a decent man, and if Peña calls on his usual bag of tricks to showcase that decency, he does so deftly. The same can be said of Harris, who for the umpteenth time plays a man of few words and a steely sense of right and wrong. We don’t get tired of their acts because both men are just so damn good at them, and Frontera allows their experience with these archetypes to shine. The biggest surprise out of the film may be Longoria, who downplays her performance with her cards close to the vest. Like Frontera‘s leading men, she feels natural here. Unlike them, she’s tasked with confronting victimhood in a very unpleasant way, shining further light on the dangers of border crossing. It’s a challenge she handles with tremendous aplomb.

Berry is preaching to the choir here: the well informed already know about coyote culture, the plight of immigrants, and how reluctant the US is to take meaningful action to simplify the immigration process. But if he isn’t saying anything new in Frontera, he’s at least saying it articulately. There are worse things a movie can be than merely watchable.

One thought on “In “Frontera,” Border Crisis Blends With Melodrama”