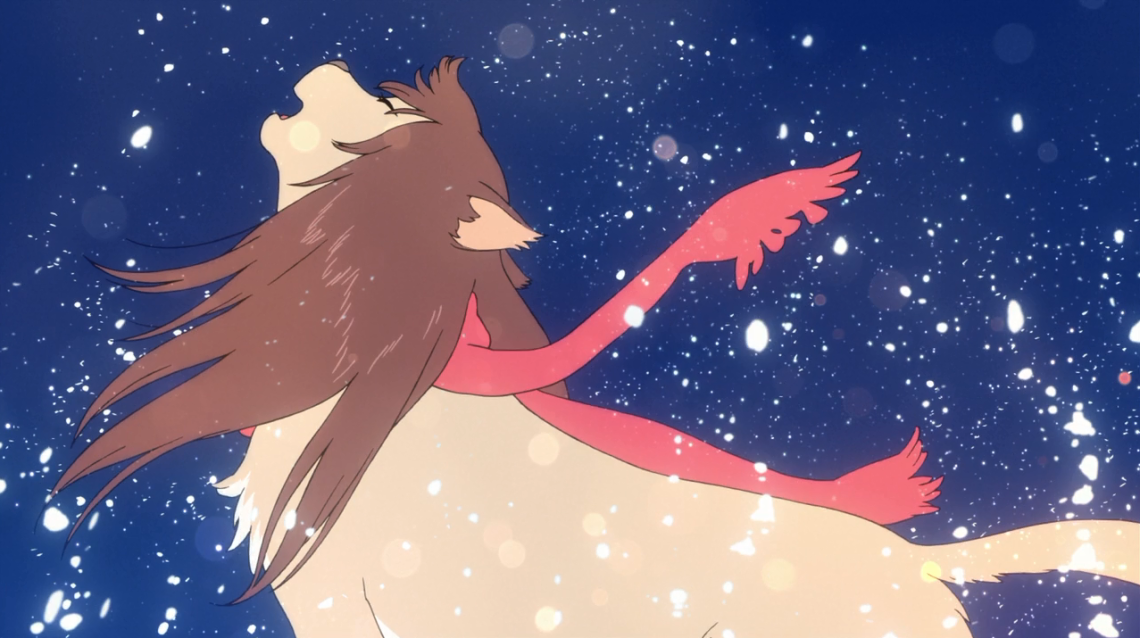 For Your Reconsideration: ‘Wolf Children’

With the retirement of Japanese legend Hayao Miyazaki, film and anime fans have been wondering: could there possibly be a successor to Miyazaki’s legacy of beautiful, heartfelt, gorgeously drawn animated films? The answer is no, obviously, because Miyazaki is, indeed, a legend, and all legends are one of a kind. However, I’d say that the closest we’ve gotten to a true successor to Miyazaki (excluding his numerous collaborators at Studio Ghibli) is Mamoru Hosada.

Hosada is most well-known in the anime landscape for being one of the primary creative forces behind the television show Digimon, but he has now moved on to standalone feature work. Some of you may have seen his first two features—the teen-drama/time-travel film The Girl Who Leapt Through Time and the techno-apocalyptic dysfunctional family dramedy Summer Wars—but the director tops himself with his third and latest film Wolf Children, a stunningly beautiful, unabashedly sentimental, and surprisingly complex story that works as both a coming-of-age film and a study of the trials of being a single mother.

The film starts out with a cutesy-poo tone only to become progressively more complex and mature as it goes on. It revolves around a college student named Hana who falls in love with a werewolf and ends up giving birth to two… well, you’ve read the title of the movie. Their marriage goes along swimmingly for a couple years until a misunderstanding leaves her without a husband. From then on, Hana must take care of the werewolf children all on her own, having to teach them to balance both their animal urges and the complexities of human life, turning the movie into a very literal depiction of nature versus nurture. 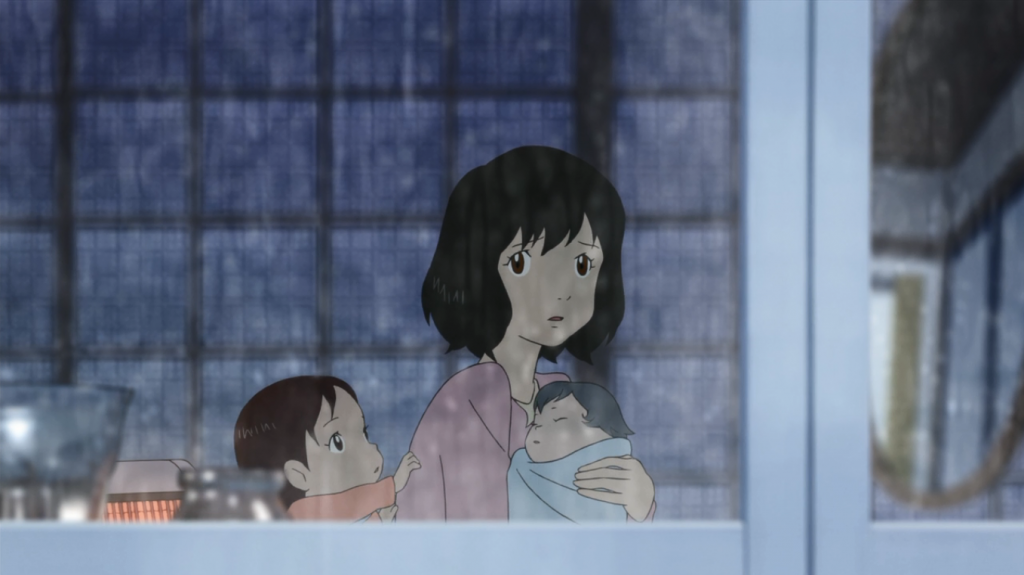 At just a little less than 2 hours, Wolf Children spans nearly over a decade through the lives of these characters. Hosada manages to go through a large amount of time without rushing things or skimping any of the important details. It’s like a more family-friendly, animated version of Goodfellas–everything feels just right. I could’ve easily spent an extra hour in that idyllic countryside house with this family.

That pacing and large scope gives the film a very novelistic feel. It brought to mind many classics I read when I was younger, from Bridge to Terabithia to Where the Red Fern Grows, but on a much grander scale. Like those beloved stories, Wolf Children can be enjoyed on multiple levels, with its child-like elements being observed with maturity and nuance. While plenty of time is given to the titular (and positively adorable) wolf children, this remains a story of motherhood, differentiating itself from other children’s stories with its adult perspective. The film really taps into both the greatest joys and biggest fears of being a single parent, from the teaching of small yet meaningful life lessons, the slow deterioration of parental bonds as children segue into adulthood, and the loneliness that comes from missing your other half. Had the film only focused on her, we would’ve been treated to a three-dimensional character study of Hana. The fact that Hosada can also bring equal focus to the children without a hitch in his step is a wonderful feat.

Hosada may not quite have the subtlety of Studio Ghibli’s best work, but he’s got their same penchant for capturing the beauty and profundity of small moments, as well as an underlying sense of melancholy that undercuts the joy and whimsy. An extended sequence of the family playing in the snow, for example, is one of the most gorgeously animated and infectiously joyful scenes I’ve seen in recent memory. Each frame of the film is drawn with lovingly-placed details that complement the showier aspects of the animation, such as the implementation of CGI. It’s a beautiful film, complete with a rapturous score, but even the smallest emotions remain front and center. 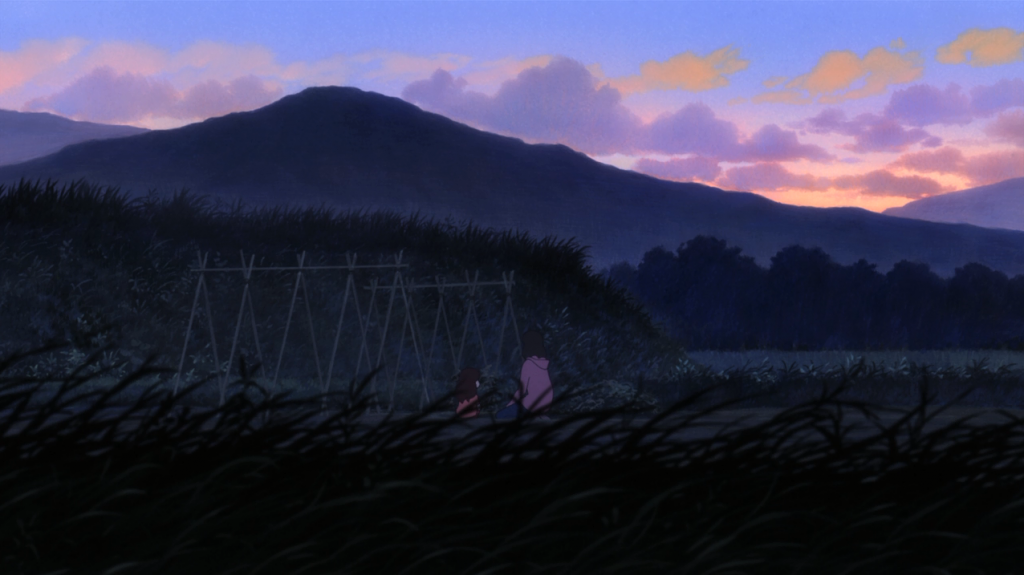 There are a few reasons the film has been overlooked, even compared to Hosada’s previous work. In North America, distributor FUNimation didn’t give it even a limited theatrical release like they did for Summer Wars, forcing it straight-to-DVD in the United States. Another thing that’s kept some viewers away is the film’s embrace by the furry community, a fact as tragic as it is admittedly very hilarious. There’s a scene of implied sex between Hana and the werewolf in his, er, “wolf form,” and it’s indeed as uncomfortable and awkward as it sounds. This is a family film, however, so the moment occurs off-screen and is mercifully not given much attention afterwards (and it lasts less than 15 seconds). It’s irksome, but not something that should keep you away from a film this innocent and lovely.

Wolf Children may or may not rank with the best work from Studio Ghibli depending on how well it sticks with viewers in the coming years, but it’s certainly the closest a Japanese anime outside of the studio has gotten to capturing the same kind of spirit that makes those films classics, while also carving out its own identity in the process. It’s definitely making my Top 10 list at the end of the year, even though I might be alone in doing so. Either way, it’s well worth watching, and a beautiful coming-of-age story that more people need to have on their radar.