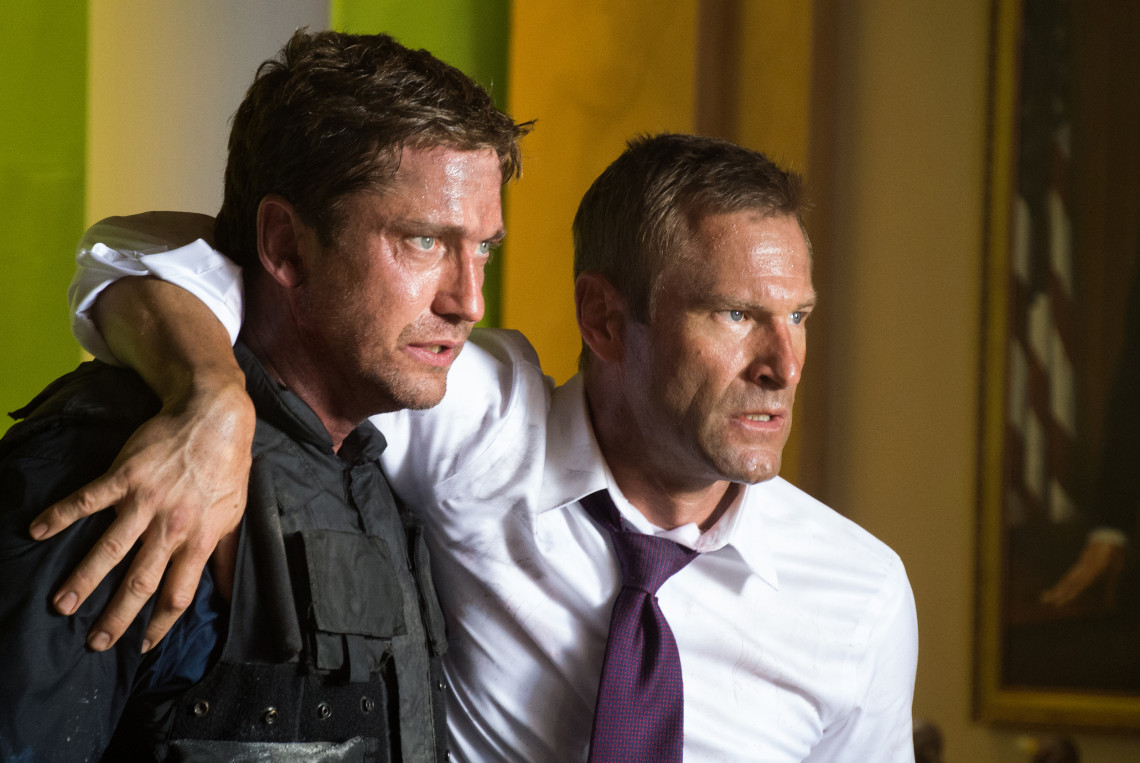 There’s a threat growing against this great nation. This threat lurks in plain sight: a group of people who do their work amongst us, pushing a seemingly-innocent agenda with truly nefarious consequences. These people may even look like you or me.

These people are looking to destroy… our Action Movie Fantasies.

The Action Movie Fantasy for Americans is rooted in extreme conservative individualism. There’s a deep mistrust in the power wielded by the federal government; there’s the horror of helplessness at the hands of the authority figures and their ability to tie your down; there’s a firm belief that the only route to success involves pulling one’s self up by one’s bootstraps. There’s either an outside threat to America’s greatness, usually terrorists from a foreign land who hate our democracy, or the internal threat, traitorous Americans willing to blow up the Constitution for a buck. And finally, there’s the only way to take the country back from these threats: toss up middle fingers to the government authority red tape, grab a shitload of guns, and mow down anyone who attempts to eradicate the Stars & Stripes.

Obviously, there’s a leap to take the world of these Action Movies from Reality to Fantasy. Individualism, conservativism, mistrust of federal government, and fervent patriotism are not, in reality, belief systems likely to lead a person to mass revenge murder. Yet the heroes in these films, the ones that I love from the bottom of my heart, are often the first ones painting the walls with the blood of terrorists. I love them because, just like elves, dwarves, and wizards, these “heroes” are not real.

A few films have attempted to tackle what superheroes or Rambos would look like in reality (James Gunn’s Super and Bobcat Goldthwait’s God Bless America, among other recent examples), and it’s never remotely as fun to watch. The Fantasy tone is crucial to the success of these films. You can’t just have lone-wolf violence breaking from the restraints of the law and enforcing some loose definition of “the right thing” and label it the ideal action film. You need to raise the stakes to an absurd degree to elevate the Fantasy. Heroes must have no other choice. Villains must be ruthless. Authority figures must be useless. There must be a loved one in danger.

Most importantly of all, Action Movie Fantasy is not executed with its tongue notably in cheek. Yes, it must all be heightened and silly, but these characters must believe in America, damn it. If we feel a movie begins to over-saturate itself with irony and holier-than-thou commentary on the genre, the Action Movie Fantasy is dead. No matter how meatheaded, xenophobic, or ridiculous the proceedings may get, and no matter how many hard-boiled one-liners the performers must sink their teeth into, the Action Movie Fantasy is unflinchingly sincere. No one would want to watch a Lord of the Rings homage/knock-off in which the actors are all smirking about the stupidity of the film they’re in.

And yet, many of the reviews of Antoine Fuqua’s Olympus Has Fallen criticized the same straight-faced delivery that makes the film so fun. Ian Buckwalter of NPR noted in his review, “There must be some self-aware parody going on. Yet everything is played with the straightest of faces.” If Gerard Butler says “I’m the only hope you’ve got” while barely stifling a chuckle, would that really be fun? Olympus Has Fallen is fun precisely because, although we suspect self-awareness behind the scenes, Butler is working so damn hard and selling the hell out of that line.

Butler’s salesmanship is the central cog in this terrifically fun machine. He plays Mike Banning (an outstanding American hero name if ever there was one), a Secret Service agent and best friend to the President of the United States. When a tragic car accident threatens both the President and his wife, Banning does the right thing and rescues the President first. How is he rewarded for doing the right thing? He’s demoted to a shitty desk job and loses all contact with his friend, who will now associate Banning forever with the death of his wife. Banning is constantly reassured that “everyone knows he did the right thing,” but, as we often see in the Action Movie Fantasy, the right thing is rarely rewarded by the federal government and the powers that be.

Eventually, the White House is attacked by North Koreans — many of whom disguise themselves as tourists! — and their leader, Kang (one of the all-time great villain names, embodied beautifully by the sneering Rick Yung), has control of the Commander-in-Chief in mere minutes. Apparently, a secret program exists in which control of the nation’s nukes rests in the hands of three high-ranking federal officials, all of whom are locked in a bunker with Kang. We voted for these officials, and now foreign terrorists have taken advantage of our stupid predilection for big government. Woe betide us! Now all we have is Mike Banning, alone in the White House with tons o’ guns, while the remaining Cabinet members gather and endlessly debate what action to take, letting precious minutes tick away while our freedom hangs in the balance.

Gerard Butler is an actor of considerable gruff charisma, and it’s easy to see in his early supporting roles in Tomb Raider: The Cradle of Life, Timeline, and the grossly under-appreciated Reign of Fire that he held the potential to be a terrific action star. Unfortunately, he spent the last decade mostly taking money grabs to star in awful romantic comedies, which attempted to convert his gruff charm into misogynist bad boy appeal (is that a thing?), to no avail. Whatever road led him to Olympus Has Fallen, it’s worth it. He was born to stab terrorists and deliver lines like, “Why don’t you and I play a game of Fuck Off? You go first.”

The rest of the cast is also great (Robert Forster as a military general is especially inspired), but special mention must be made of Melissa Leo as the Secretary of a Defense. Many have accused Leo of doing to scenery what Takeru Kobayashi does to hot dogs, from her Oscar-winning performance in The Fighter to every supporting role she’s tackled since. This is her masterpiece, her Beethoven’s Fifth of scene-stealing. From delivering a post-beating monologue directly into her own arm pit, to screaming the Pledge of Allegiance while being dragged through the White House to her own public execution, Leo is a feral actress unleashed, cranking every beat of her performance far past 11. In many movies, such theatrics would be unwelcome. As the supporting role in an Action Movie Fantasy, however, sincere hamminess is the greatest of joys.

David Edelstein writes at the end of his review for Vulture, “Obviously we face real threats, as individuals and a country. But to walk around waiting — and dreaming — of the assault (on our women, our homes, our flag) that will allow us to pull out our weapons and start blasting seems … maladaptive. The disproportionate number of violation and retaliation scenarios suggests an outright addiction. I don’t know what it means, but I know that these films don’t help us to understand and master our fears — they perpetuate those fears and then deliver surges of relief. They’ve helped create a class of men who wander around looking for a bloody fix.” This would all be true, if you truly believed that Americans lacked the intelligence to be able to separate reality from fantasy. Yet Edelstein is confusing his own inability to enjoy the pleasures of a specific genre with a lack of perceivable value. I personally will never understand the appeal of the slasher film genre, but I’m not haughty enough to assume the genre’s existence is creating moral depravity within its audience. I know countless horror fans that are unspeakably harmless, and I’d be willing to wager the overwhelming majority of slasher fans are left unaffected, save for what Edelstein dismissively labels a “surge of relief.”

“Surges of relief” are precisely what many genre films look to deliver. Audiences want to feel the impossible — they want to know they could overcome the murderous serial killer, survive the dinosaur stampede, witness aliens with their own eyes, and save the country single-handedly. I’m sure outliers exist who believe in the Action Movie Fantasy, much as I’m sure there were people who left Deep Blue Sea believing there were actual hyper-intelligent sharks created in labs who now thirst for human flesh in the oceans. However, to those who enjoy the Action Movie Fantasy, Olympus Has Fallen is one of the best examples in years. It’s insanely over-the-top, from premise to violence to one-liners, yet it still manages to take the time to build its characters and make you care who is jumping off the roof as it explodes behind him.

I’ve been accused of being thoughtless for endlessly praising a “Die Hard rip-off,” but it’s possible for someone to love mind-expanding originality on film (Holy Motors, Computer Chess, etc.) while also loving a film steeped deeply in the grand traditions of the Action Movie Fantasy genre. I absolutely love the taste of steak, but it doesn’t have to expand my palate or appeal to the sophistical gourmand within to give me precisely what I desire. Olympus Has Fallen isn’t steak, but it is a damn good slice of American meat, perfectly seasoned, cooked to my liking. Mmmmm… American Action Fantasy. Delicious. 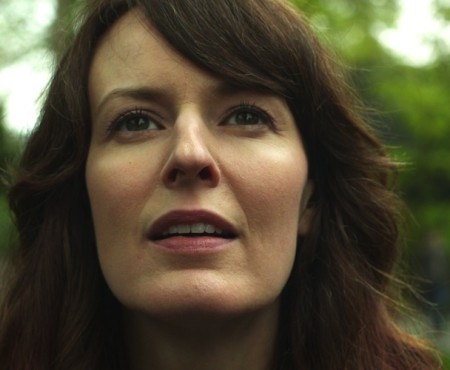