This past September, Touchy Feely breezed through theaters as insubstantially as a dandelion mote, provoking no ire but making no impact. At their most favorable, critics called it inoffensive. At their most disapproving, they found that it fell far short of the previous work from writer/director/editor Lynn Shelton. But I’ve found that I can’t dismiss the film so easily, and I think it’s deserving of more attention.

Rosemarie DeWitt stars as Abby, a masseuse who can no longer do her job after she suddenly begins experiencing powerful nausea whenever she touches someone. At the same time, her brother Paul (Josh Pais) develops an apparent healing touch, able to cure his dental patients of a strangely specific malady with just a checkup. Abby is a warm, new-agey spirit whose forced alienation takes a toll on her well-being, while Paul is uptight and remote, and dislikes the attention his “gift” gets him.

Floating in these siblings’ orbit are other characters and subplots. Paul’s daughter Jenny (Ellen Page) wants to quit working as his assistant and go to college, and also struggles with an attraction to Abby’s boyfriend Jesse (Scoot McNairy). For his part, Jesse is baffled both by Abby’s abrupt aloofness and Jenny’s subtle advances. And Allison Janney is in the mix as well, playing Bronwyn, Abby’s spiritual/psychotropical consultant who also instructs Paul in the finer points of reiki.

Each of these characters suffer from some degree of social alienation or interpersonal frustration. The onset of Abby’s mysterious ailment coincides with her decision to move in with Jesse, which has inspired gnawing anxiety. Jesse was only supposed to be Abby’s rebound after the failure of a much longer and more intimate relationship, but now things are getting serious. Jenny can’t vocalize her desire to move her life forward out of a fear of disturbing her stasis-loving father. Paul, who has been this way since the death of his wife, chafes at even the hint of a friendly touch. 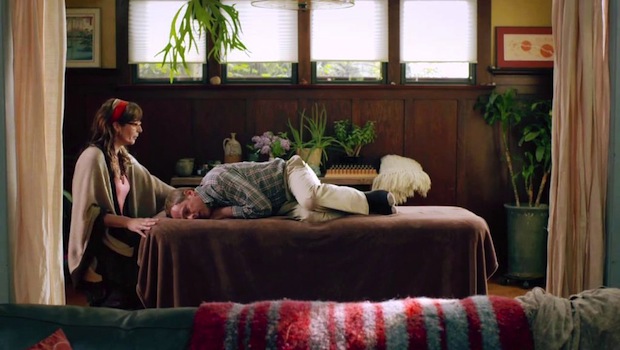 Touchy Feely doesn’t progress these arcs along any traditional narrative path. It floats along in its tone, and the characters issues are wrapped up in a quick, neat manner. That tone, though, is what I like about the film. It’s a very gentle feeling, like the afterglow of a pleasant massage, and it’s nothing something I usually get from the movies. Musician Tomo Nakayama has a bit part in the film, and the climax is set to him performing his song “Horses.” The mood the song evokes is how the rest of the film makes me feel. Give it a listen:

It’s nakedly emotional, and that’s in step with what the actors are doing. Each character seems to be on constant tenterhooks, wanting to say something but unable to spit it out. Whenever emotions finally do burst out, it’s a payoff that feels greater than any of the big “actor moments” of a film like, say, August: Osage County, even though these moments are still relatively underplayed.

Pais pulls off this restraint the best, and it’s no coincidence that he’s the part of the film that even its detractors were able to appreciate. His physicality is incredible – he’s like a full-body held-in fart. Paul walks like he’s never bent his knees. There’s an amazing scene where Bronwyn tries to get him to lie down and relax on a massage table, but the concept seems foreign to him. He’s a live-action Hank Hill grappling with a world that moves a few dozen times more rapidly than he would like.

Appropriately, the movie also does a great job conveying the sense of touch on screen, though the times it does so are disappointingly sparse. There are extreme closeups of skin, showing individual goosebumps and wrinkles. When Abby’s aversion to physical contact kicks in, the same closeups become threatening, the colors going colder and the muscles in view seeming to tense. It demonstrates her bizarre condition in a much better way than her trying to explain it could.

Touchy Feely is drowned out in a year packed full of great stuff, but it’s not like any other film I saw in 2013. It’s a great mood lifter, and I think it accomplishes what it sets out far better than many have acknowledged. 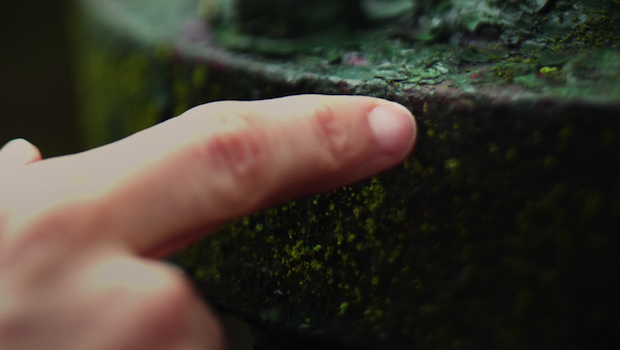