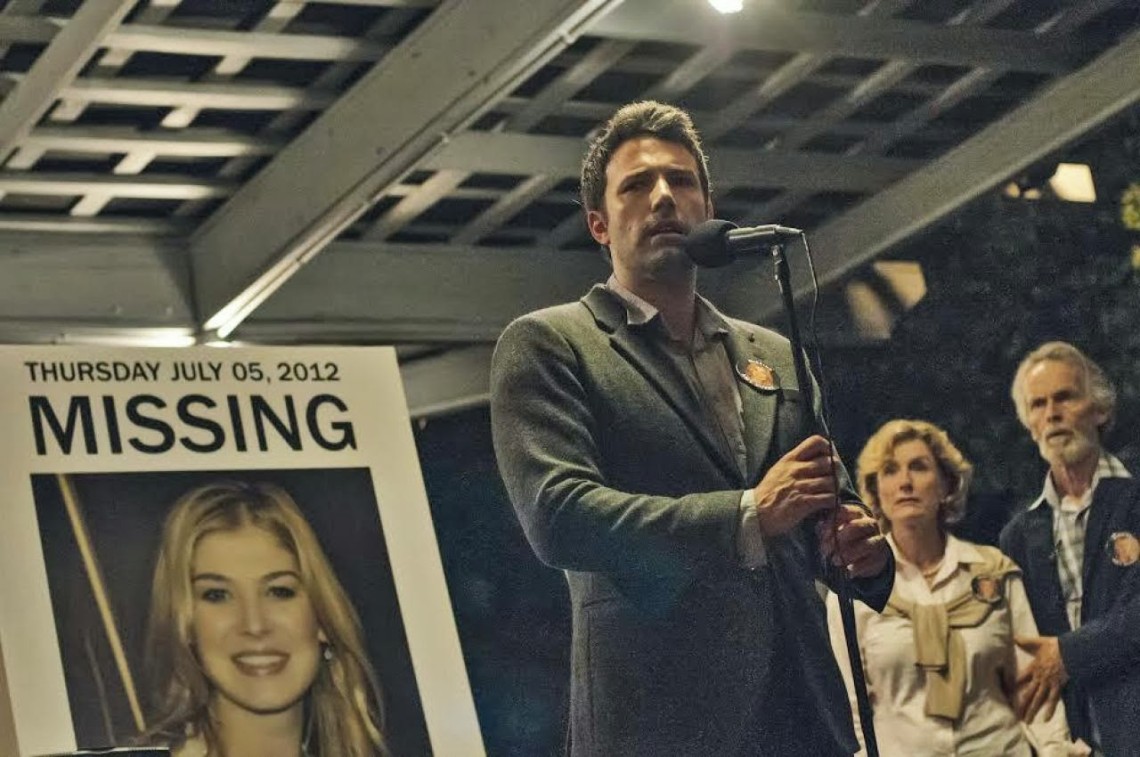 Ben Affleck walks the line between likeable guy and man who may have murdered his wife in Gone Girl. Director David Fincher is taking on this project from the acclaimed novel by Gillian Flynn. Hardworking everyman Nick Dunne (Affleck) arrives home on his fifth wedding anniversary to find his wife has gone missing.

What seems like a simple enough premise, goes into a much deeper story. Nick Dunne is the type of man you want to trust, but there’s a strange feeling that things might be a little off-center. It doesn’t help that his wife, Amy (Rosamund Pike) has always expected more from him. When they moved together to Nick’s hometown, it wasn’t exactly the life she envisioned.

Gone Girl is right in the wheelhouse for David Fincher. The trailer that was released today shows a glimpse of what we can expect from the adaptation. He loves these Mystery / Thriller stories and he just happens to be terrific at making them tick. Having read half of the novel, it isn’t exactly something I’m hyped about seeing, but if anyone could do it justice it would be Fincher.