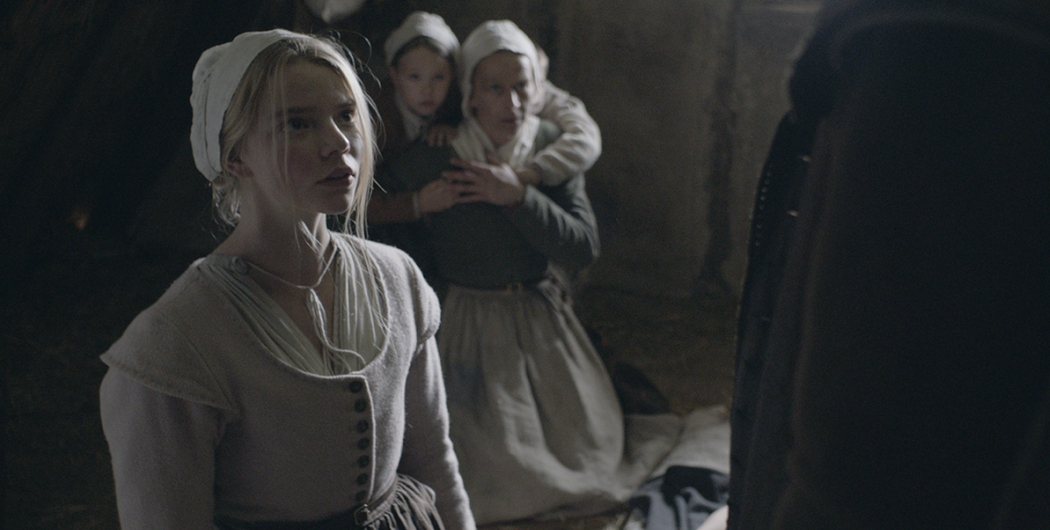 Forms of storytelling never really die – the functions they serve simply migrate and reappear somewhere else. The folk tale is one such manner of expression that seems rather obsolete in the modern world, not yielding any overtly major works in the past two centuries or so. But director Robert Eggers identifies where they went in The Witch, a film that bears the subtitle “A New England Folktale.” The moral panic and blatant grandstanding on right and wrong has found a comfortable home in the horror genre.

Just drawing this parallel is a revelation in and of itself. In many ways, The Witch feels like the ultimate movie of its ilk, since it draws such power from returning to the roots of American anxieties. Horror films often stage dichotomies like destiny and fate or good and evil, pitting these two impersonal forces against each other in an often frustratingly nebulous fashion. Eggers finds the terror in calling a spade a spade, explicitly staging his film around the binary conflict to which all others really refer: God vs. Satan.

This open acknowledgment of the dueling forces not only puts us in the mindset of the film’s deeply religious characters – a Puritanical family living on the outskirts of their new colony – but also untethers the story from expectations of reality. Eggers devises a scenario where he can have it both ways, allowing The Witch to take place in a very gritty, grounded reality while venturing into the supernatural. The resulting tale plays like the mashup between The Exorcist and The Crucible that no one knew they needed to see.

In 1630s New England, the sacrosanct family unit comes under duress following the unexplained disappearance of their newborn infant. Even today, a silent social stigma leads many grieving parents to let shame eat them from the inside out. But William (Ralph Ineson) and Katharine (Kate Dickie) interpret it as a curse from the cosmos. This creeping sensation of infernal interference casts a dark shadow over a series of bizarre occurrences around their small outpost. Unsurprisingly, much blame and suspicion falls on Thomasin (Anya Taylor-Joy), the young woman of marriageable age in the household who might be courting the devil instead of a husband.

As the increasingly strange supernatural occurrences create animosity between the parents and their three children, Eggers patiently and unnervingly ratchets up the tension. Such an approach means that witchcraft has never felt so real or threatening, and it makes the incredulous all too credible by the time the frightening climax arrives. Despite filtering the horrors of a bygone era through an arcane narrative vehicle, The Witch still manages to scare us with its immediacy.