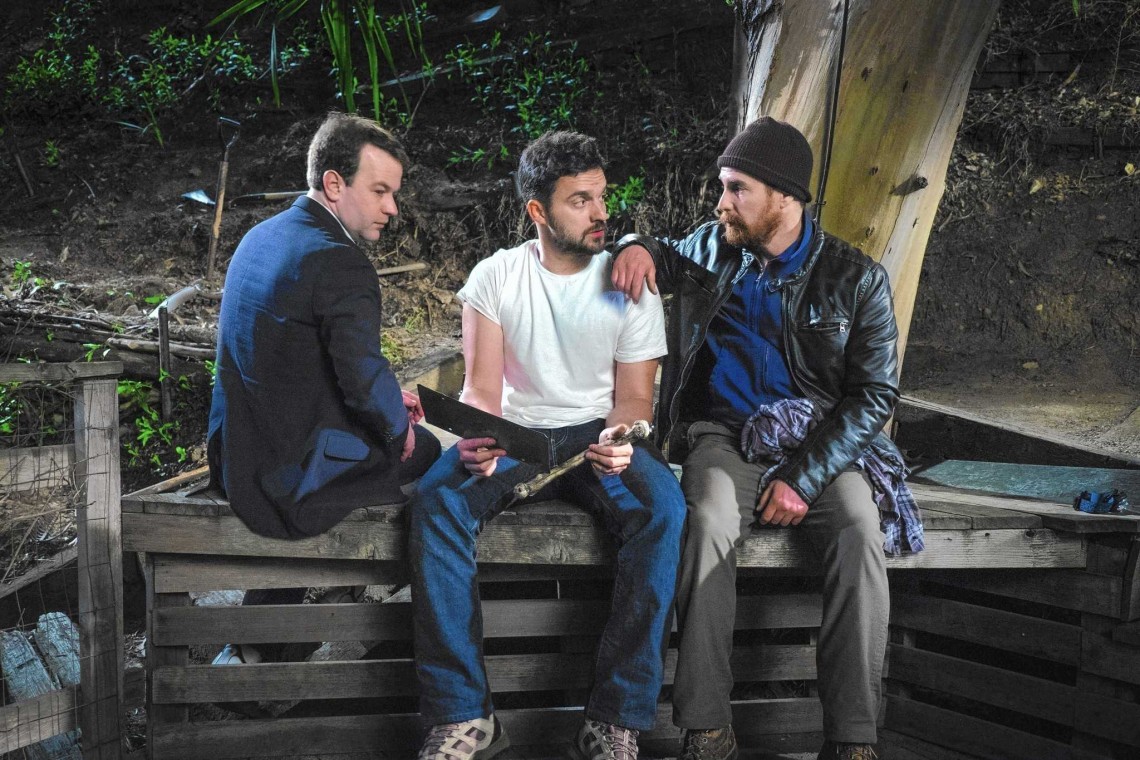 “Digging for Fire” Is The Most Swanberg-ish Film Yet

With another year comes another Joe Swanberg joint about middle-class ennui. There are any number of reasons to roll one’s eyes at the prolific indie filmmaker’s latest, Digging For Fire—its blatant heteronormativity, adherence to traditional gender roles, unscripted moments of marble-mouthed philosophizing, and severely unlikable characters. But in the department of good news, Swanberg’s go-to cinematographer, Ben Richardson, manages to compensate for the visual crimes of last year’s Happy Christmas by keeping his images in focus.

Other than the aesthetically pleasing cinematography, Digging for Fire is not just pure old Swanberg—it’s his most Swanbergish film yet. And Digging For Fire will not likely convert his cadre of detractors into ardent fans. The mumblecore auteur has gathered a troupe of actors, fed them bits and pieces of conversation, and let them kibbitz through inarticulate rambling. This time, though, he installs an element of mystery in his story from the film’s outset: a married couple, Tim (Jake Johnson) and Lee (Rosemarie DeWitt), discover a rusty old pistol and a human bone buried in the backyard of one of Lee’s yoga clients.

It’s a delightfully macabre set-up that ultimately goes nowhere. After the initial unearthing of the two telltale objects, Digging For Fire and “plot” pass each other like two ships in the night. Neither the gun nor the bone add up to anything significant, though as scenes amble on by, Tim eventually finds more bones, a license plate, and a shoe that happens to fit on his foot. What does it all mean? What do these totems signify? To Swanberg, the answers are little and less, respectively. They’re red herrings posing as obstacles on Tim’s quest to grow up. Like many male leads in indie films these days, Tim is a man-child with an aversion to responsibility. He’s a good dad, for sure, but if you want your taxes done, forget it. It doesn’t take long for his fecklessness to grate on the audience. After a while, we want him to finish the goddamn taxes, too.

Lee, meanwhile, has herself together except for the fact that she has to take care of Tim in addition to their child, Jude (Jude Swanberg, Joe’s own genuinely adorable spawn). It’s a burden of the “been there, done that” persuasion—and Tim and Lee decide to briefly part ways.

In their absence from one another, husband and wife mope over their doubts about their marriage, their adulthoods, and their parenthood. Who knew? Being a grown-up is tough. Being a parent is tough. Raising a kid changes who you are as a grown-up, and that’s tough. To top it all off, nobody around you—neither your fellow married friends nor your parents—has any useful advice for dealing with the uncertainty of age.

All of this would be fairly revelatory and honest if the midlife crisis narrative well wasn’t already tapped dry. But beyond the tiresome themes at play, Swanberg has his own way of doing things, and that’s where Digging For Fire distinguishes itself. For as much flak as Swanberg gets for improvisational penchants and his tendency to let dialogue overlap within and across scenes, he’s in greater control of those techniques here than ever before. At parties or in social settings, the fluidity of his actors’ speech turns experiential. We feel like we’re right next to DeWitt at the bar, or poolside with Sam Rockwell, Anna Kendrick, and Brie Larson. If Swanberg’s brand of imbricated talkiness is your thing, Digging For Fire will be right up your alley. If not, he’s at least smart enough to hire thespians with innate good-natured appeal. As Lee’s father, Sam Elliott, in particular, is an incongruous pleasure.

The exuding fondness for the actors only carries the film so far, though. Eventually their characters’ inertia becomes frustratingly dull, as decision-making and action are eschewed. Digging For Fire is the kind of film where nobody learns anything, and where that lack of learning is supposed to feel conclusive. Maybe that’s a lesson unto itself, but the message is tiresomely muddled and the results are a bag of mixed satisfaction.