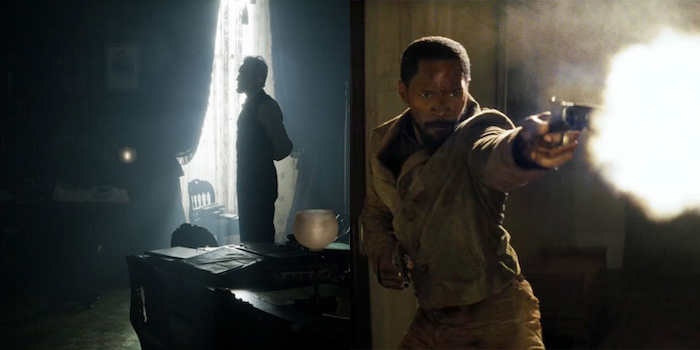 Defending the Endings of ‘Lincoln’ and ‘Django Unchained’

Finding the perfect final scene for a film is a difficult task. Few films reach the kind of crescendo of pacing, timing, climax and overall satisfaction of films like Casablanca, the final sequence of which is possibly the greatest ending of all time. These days, though, it’s quite common to hear complaints about movies ending way after they presumably should. Steven Spielberg’s Lincoln and Quentin Tarantino’s Django Unchained have both been criticized for reaching a great ending scene only to fly past it with more tacked on narrative. The movies have too many endings! Is that really true, though?

In her very positive review of Lincoln, Slate film critic, Dana Stevens, expressed her issues with the ending of the film:

I admire Spielberg’s choice to conclude on a note of indirection and discretion: Ending on a tableaux vivant of the well-known facts of that night at Ford’s Theatre might have been both dramatically inert and crass. But I think the film should have ended even earlier, on a long shot (beautifully framed by cinematographer Janusz Kaminski) of the lanky, stooped president walking alone down a hall of the White House, on the way to take his wife to the theater on April 14, 1865, five days after ending the bloodiest war in the nation’s history. We all know what happened next—and given how much we love this man we feel we’ve come to know, it’s sad enough just thinking about it.

It’s a sentiment echoed by many, including Samuel L. Jackson, of all people, who himself features heavily in the equally criticized final act of Django Unchained. Regarding Lincoln, he said to the LA Times, “I don’t understand why it didn’t just end when Lincoln is walking down the hall and the butler gives him his hat. Why did I need to see him dying on the bed? I have no idea what Spielberg was trying to do.”

I’d posit that Jackson’s last sentence shows the real problem. Watching hundreds or thousands of films over a lifetime conditions people, even seasoned critics, to conventions in staging and pacing that limit imagination. It’s unavoidable. When I watched Lincoln for the first time, even I was momentarily expecting it to end on that beautifully silhouetted hallway shot with Honest Abe off to Ford’s Theatre. It comes at good place; it looks like a good final shot; it feels like a farewell. Then the film continues for another few minutes. It wasn’t the film demanding to end at that point, though. It was simply my sense for when movies conventionally do end. But Lincoln isn’t a conventional film and it doesn’t go for the conventional ending.

Had Spielberg and his screenwriter, Tony Kushner, wanted to make a film purely about Abraham Lincoln, the man, they might have left things on that hallway shot—the actual assassination being too painfully horrid. Still, that wasn’t the kind of story they were telling. Lincoln, instead of being a standard biopic, is more accurately a deconstruction and reassembling of an American mythic figure. It’s about a person who understands his place in history and knows his obligations, and more than that, he’s mindful of what generations down the road will think of his accomplishments. While the film might deliver a very human portrayal of Lincoln, it does not ignore his mythic status, and as such it links the humanity to the myth, giving it much deeper meaning. Spielberg takes what has become a simplistic myth and adds important human complexity. It wasn’t some unknowable god who abolished slavery and saw America through the Civil War. No, it was a man of mythic stature.

The ending of the film—showing Tad Lincoln’s reaction to the news of his father’s shooting, followed by a shot of a distraught Mary Todd and a scene of Lincoln’s cabinet in mourning around his lifeless body, then transitioning with the shot of a flame to Lincoln delivering the incredible words of his Second Inaugural Address—is what raises Abraham Lincoln from a mere man to an immortal. Where the hallway shot would leave Lincoln as something of a friendly ghost to history, the subsequent scenes paint a broad portrait of what his death meant and what his legacy would be, even using his own beautiful words to close out.

Of course, many might argue that the problem here isn’t what those final scenes convey, but that the rhythm of the film and shot compositions actively suggest the film might have been better suited to ending earlier, even if only for a more satisfying visceral effect. It’s not a point to be taken lightly, as rhythm is often crucial to how films best relate their ideas. It may, in fact, be true that Lincoln, despite having a thematically satisfying ending, lessens its own impact by not building to its actual final scene in the best way.

This argument is probably much more applicable to Django Unchained. The reasoning for the final set of scenes following the first big shootout is clear. This is Django on his own, using what he’s learned from his travels with Dr. King Schultz, getting the upper hand on the white people around him, saving his wife and exacting his vengeance. It’s necessary character work. 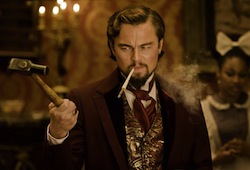 All that being said, the film gets in its own way with even more gusto than Lincoln did. The first shootout, sparked by the killing of Leonardo DiCaprio’s Calvin Candie, is so big, so brash and so climactic that it very nearly satisfies the audience lust for vengeance. It’s easy to watch that sequence and feel that Django could simply have come out the winner of the firefight and the movie would end happily. This wouldn’t really be the most rounded conclusion with respect to his long character arc, but it would’ve worked as visceral cinema. Had Tarantino scaled back that sequence and maybe made the final showdown more bombastic instead—much like the quick and dirty shootout in the basement in Inglourious Basterds being followed by the much more insane violence of the final chapter—he would’ve achieved a better narrative flow, leading to less criticism.

The way Django Unchained plays out is viscerally important, though. Having that first showdown be so overblown only to have Django fail to extricate himself from the situation is essential to the film’s reversals of genre tropes. In the scenes that follow we come to find that the qualities that make Django a true badass of Western and Blaxploitation cinema have less to do with his abilities in a shootout than with his ability to outsmart his foe. The bloodbath is big and epic and awesome, but ultimately can’t win the day. It’s only when Django outthinks his captors that we get to see him waiting upstairs for Samuel L. Jackson’s Stephen, finally in the position of power.

This structure creates a bit of a rollercoaster effect, with the big drop coming early, only to seemingly peter out by the end, but the truth is Tarantino simply took an unconventional route. That visceral effect says a lot about Django’s journey despite potentially coming off as structurally lopsided. A second viewing, though, makes the third act come off as far less jarring, probably because the bucking of convention is now expected.

The endings of both Lincoln and Django Unchained can certainly throw people. To some, the endings feel wrong, like the directors got too indulgent and just couldn’t bear to close their films at the logical points. In both cases this just isn’t true. These movies end where they do for very specific reasons. They are purposefully designed and thoughtfully structured. Sometimes, as an audience, it’s important to recognize that what “feels” right or wrong may have more to do with our own expectations and familiarity with filmmaking conventions than with what actually works for the films in question. It’s easy to say that Spielberg and Tarantino ended their films later than we felt was right, but it’s much more critically engaging to instead seriously consider what they gained from being longer.

13 thoughts on “Defending the Endings of ‘Lincoln’ and ‘Django Unchained’”