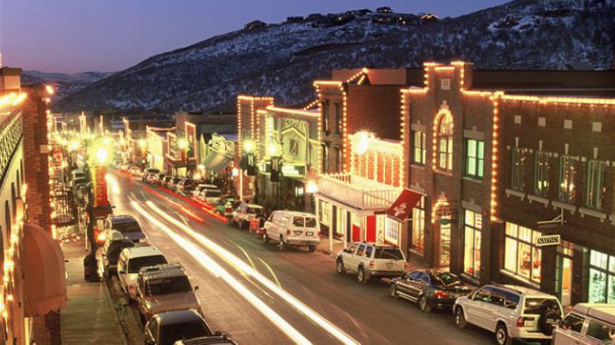 Day Four at Sundance Showcases Breathe In, Sightseers, and Escape From Tomorrow

Day four at the Sundance Film Festival proved to be an exciting one with one interview, three films, and a temperature far below what I’d like it to be. Speaking of which, my discussion with Mud director Jeff Nichols will be posted within the next few hours. Stay tuned for all that jazz.

But before I let you folks go, I’d like to discuss a pressing matter in the world of Sundance: the junket journalists. While waiting patiently for Mr. Nichols (with his wife and manager who are as genuine as he is) at this bar up on Main Street, I noticed a majority of the journalists conducting interviews (in this case it was the cast of In a World) are a disgrace to the profession. They get giddy at the sight of an actor or actress, gossip about movie stars instead of actually watching the movies, and pander during every second they have with the talent. All of this is done out of a burning desire these “journalists”  have to be famous and friends with the famous.

The whole publicity world is one I can’t imagine ever being a part of. Most of the interactions at these junkets are typically disingenuous and devoid of any substance. Most importantly, it’s embarrassing to witness the artificiality of it all. What’s disheartening is that I’m not positive they understand their ridiculousness of their actions.

Alas, this disjointed rant is over. Enjoy the capsule reviews! 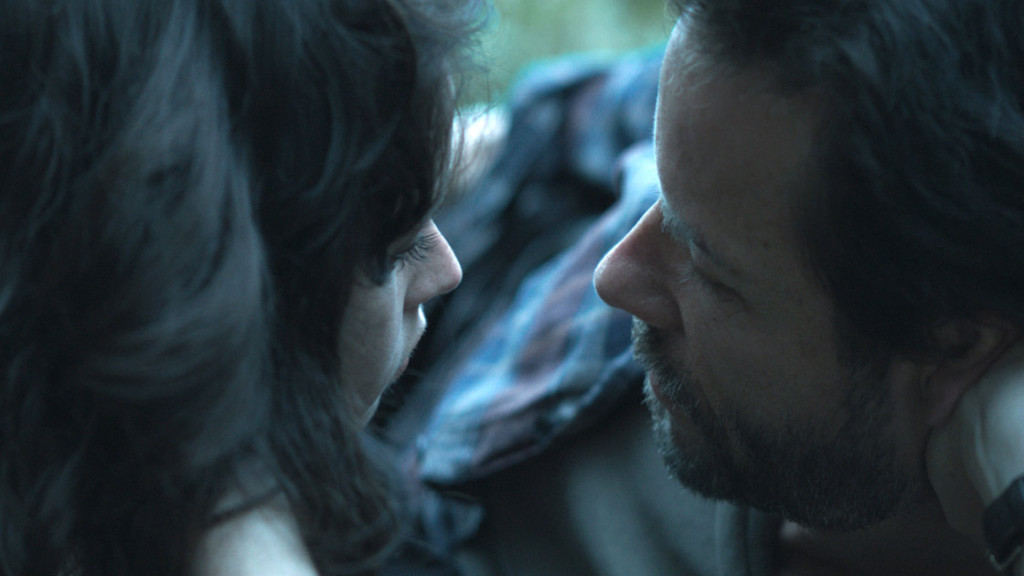 Grade: B- — Tired of his monotonous job as a high school music teacher, Keith Reynolds (Guy Pearce) longs for the past. A past where he and his wife Megan (Amy Ryan) were – albeit financially strapped – creative, blissful, and living in New York City. Keith’s musical career was inevitably cut short by the birth of his daughter Lauren (Mackenzie Davis), now eighteen and in her senior year of high school.

Content and happy, the Reynolds family decides to take in a foreign exchange student from the U.K. named Sophie (Felicity Jones). Displaying the traits of a musical prodigy, Sophie attracts the attention of everybody around her, including Keith. Naturally their relationship is doomed from its inception. But that doesn’t prohibit director Drake Doremus from exploring the depths of their relationship.

As is the case with lust, ethical boundaries are broken by the pulsating attraction between Sophie and Keith. However, Breathe In doesn’t simply revel in pent-up sexual tension, but rather one man’s myopic desire to feel young again. Sophie reinvigorates Keith’s career as a cellist, while simultaneously destroying life on the homefront.

While Doremus’ fourth film occasionally falls into the trappings of narrative contrivances (smart characters acting idiotically for the sake of the plot), Breathe In manages to be a moving portrait of a discontent man struggling to live in the present. Which I imagine is difficult to do when you’re actively living in the past. 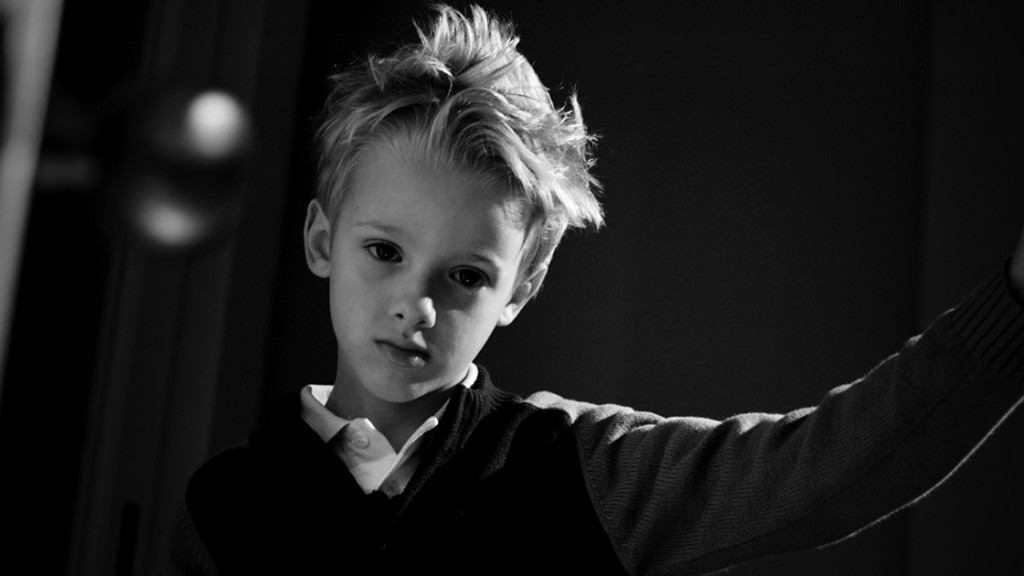 (Grade: D+) — There’s no film at this year’s Sundance film festival that has garnered more notoriety than Randy Moore’s luny directorial debut, Escape from Tomorrow. The legalities surrounding the film have been discussed ad-nauseam – in which Disney Studios is likely to sue the film before it sees the light of day. Then again, is that such a bad thing?

Employing guerrilla-style filmmaking (filming on location without permission), Moore’s audacious film chronicles the last day of the White’s vacation at the serene Disney World.. The craziness abound on this wholesome day includes a perverted father who drags his kids around the amusement park while he follows French teenage girls. Swooning over the teens, the despicable protagonist looses himself in alcohol, simultaneously loosing his kids in the process. An obese man, an endlessly nagging wife, a devious witch, and roundabout of other demented characters ensue.

Escape from Tomorrow quickly loses its novelty, though, at about the 15-minute mark (note: the film is 103 minutes long). Moore’s freshman effort ultimately dissolves into an exercise in faux-surrealism, channeling Fellini without actually understanding the need for substance underneath stylish subterfuge. 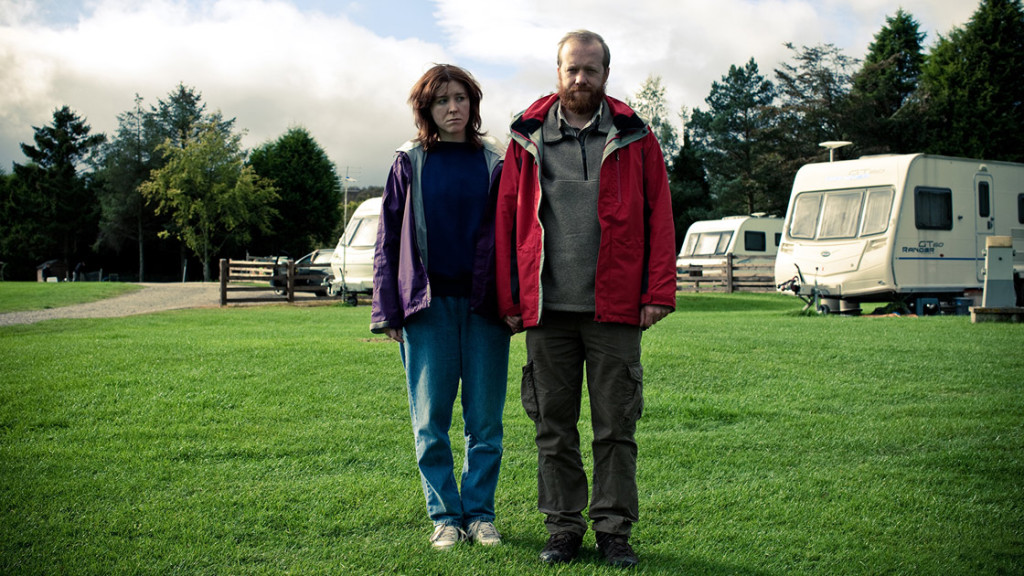 (Grade: C) — Before Sightseers began director Ben Wheatley addressed the audience, pronouncing all you need to make a movie – at least in the context of this film – is “sex, a dog, and a pencil.” Those three incongruous elements are indeed in Sightseers. It’s a pity there’s not much else.

Sometimes methodically planned, sometimes by accident, the wacky witty duo murder with little regard for human life. Wheatley’s brazen, pitch-blake comedy style holds absolutely nothing back. Chris’ spontaneous rage and Tina’s gleeful willingness to partake in this ghoulish crimes matches the scattershot structure of the film. Sightseers is all over the map – which would be deemed irrelevant if the script by Amy Jump, Lowe, and Oram didn’t grate as often as it does. As Wheatley continues amassing a sort of cult following, many will respond enthusiastically to his latest movie.  I’ll admit that Sightseers is artfully jarring and disconcerting – which may be the point.  But it’s also massively self-indulgent. To each their own I suppose.

3 thoughts on “Day Four at Sundance Showcases Breathe In, Sightseers, and Escape From Tomorrow”