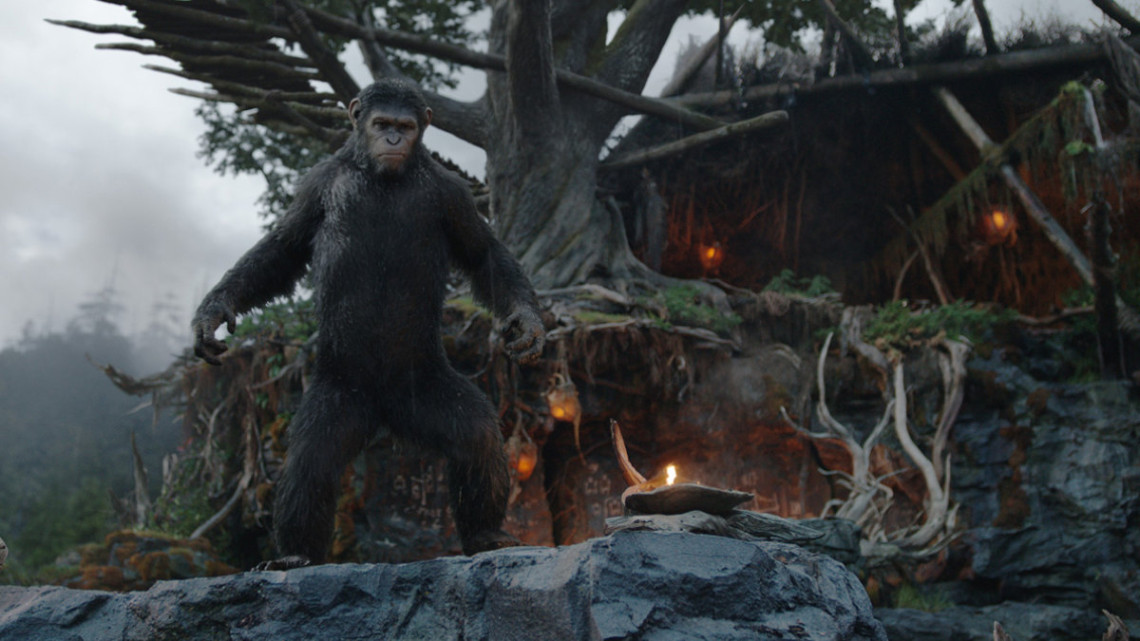 ‘Dawn Of The Planet Of The Apes’ Trailers Ready for War

20th Century Fox has release two new trailers for their upcoming summer blockbuster, Dawn Of The Planet Of The Apes. The newest chapter in the Apes vs Man saga takes place after a human created virus made the apes more intelligent, but also decimated man-kind. Although the apes have begun adjusting to their new lives, the remaining humans are not ready to co-exist with the primates.

The new trailers showcase how the apes have made a new civilization in the northern forests of California. The face of man this time around goes to actor Jason Clarke and he seeks a peaceful truce between man and ape. Unfortunately a military group has different plans in mind and a war is brewing that will determine the dominate species on planet Earth. With each film they are heading towards the terrible reality of the Planet of the Apes.

Dawn of the Planet of the Apes opens in theaters on July 18.