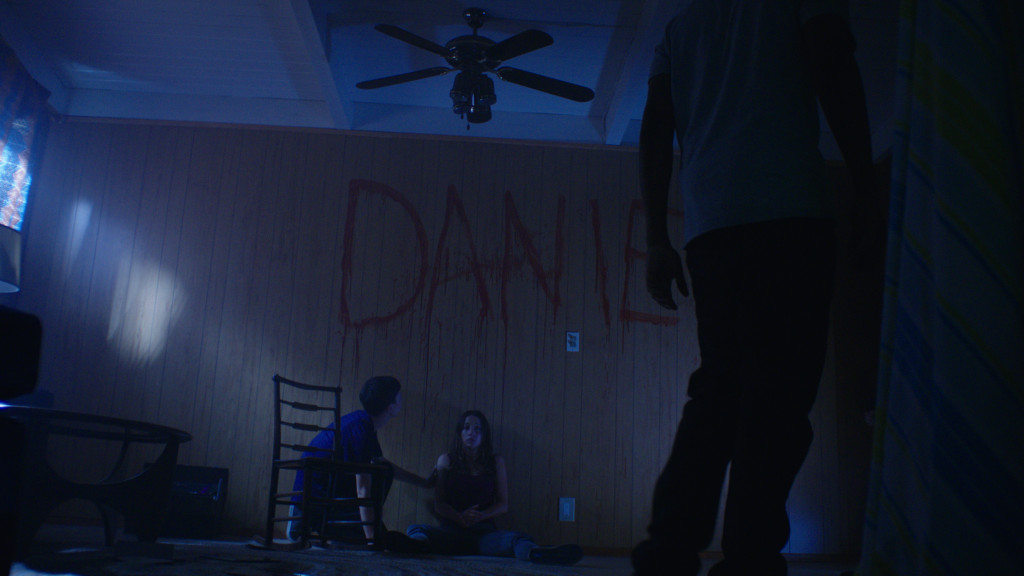 A film that uses DJ Caruso’s career as a reference point is a film that starts out in dire straits indeed. Hence Paul Solet’s Dark Summer, a horror riff on Disturbia, which is itself a riff on Rear Window. Like Caruso, Solet is using Hitchcock’s work as his blueprint without acknowledging the connection; it’s a small consolation, then, that he inserts an unveiled nod to Disturbia in his film’s opening minutes. Dark Summer’s honesty is admirable for a few moments before it becomes frustrating; besides that, candor is a poor replacement for craft and competency. This is a coy way of saying that Dark Summer is a disaster, no matter where it draws its influences from. 2014 wasn’t an especially great year for horror, and as one of 2015’s openers (following the limp The Woman in Black 2: Angel of Death and the subdued REC 4: Apocalypse), Dark Summer doesn’t spell good things for the genre’s future; just a lot of overwrought cutting suffused with tepid performances, built on a foundation of social consciousness and indifference. The kindest observation to make about Dark Summer is that it isn’t empty, but for all that’s on its mind, the film doesn’t bother having much of a perspective, either.

Dark Summer takes place within the confines of teenager Daniel’s (Keir Gilchrist) home as he is placed under house arrest for abusing the Internet. Apparently, Daniel cyber-stalked a classmate, Mona (Grace Phipps), through all arms of social media, and crossed the line enough to demand police intervention; having an ankle bracelet on and taking away his web privileges keeps him confined, but his friends are able to sneak in to raise his spirits, apparently by boring him. Then Mona video-chats Daniel only to blow her head off right before his eyes, and, surprise of surprises, her gory ghost starts haunting him.

That’s not a very poetic synopsis, but Dark Summer isn’t a very poetic film; it’s a series of storytelling blunders tied together through frenetic editing. It’s barely coherent. There’s little reason given as to why Daniel is held under lock and key in the first place, even in the handful of scenes he shares with his parole officer, a man who reads as sinister by virtue of being played by Peter Stormare. Solet never makes clear exactly what Daniel did to Mona to warrant his punishment – we know enough to know he liked her from afar, or at least was fascinated by her – but Dark Summer is so damn somber, you’d think he committed crimes of greater severity. In this respect, the film evokes, unintentionally or not, the rash of recent cases in which cyber-bullying has lead to suicide among teens. You may even detect whiffs of August’s celebrity hacking scandal in lazy mentions of cloud computing.

Had Solet followed these threads to their logical ends, Dark Summer might have been a metaphoric gem. At least it might have maintained an emotional throughline. To his credit, Dark Summer works best when it circles back to Daniel’s personal guilt and attempts to deal with his responsibility for his circumstances and, ultimately, for Mona’s death. But just when you think you know what kind of film Dark Summer is, it switches gears and reveals itself as something straight out of Paranormal Activity. It’s a thunderously banal bait-and-switch, one that would be insulting if it was appended to a better film; in that case, we should be grateful that Dark Summer is such a literally effortless production.