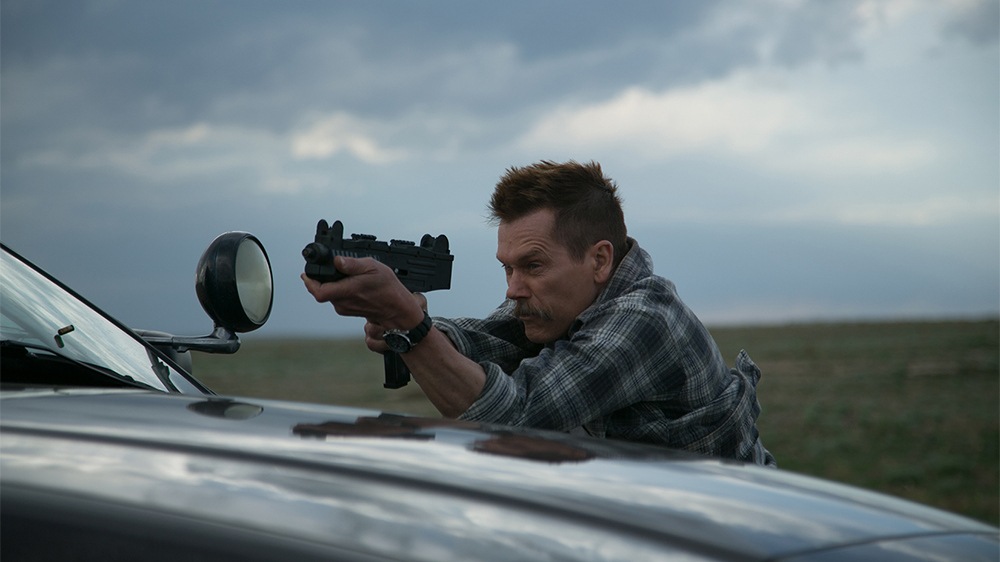 “Cop Car” Starts Strong, But Sputters To A Finish

The first half-hour or so of director Jon Watts’ Cop Car is such a model of lean, efficient storytelling that I initially thought I might be watching a new classic. Two 10-year old boys ( James Freedson-Jackson and Hays Wellford) have run away from home and are making their way across the outskirts of a sleepy Colorado town. Their personalities are sketched swiftly in the form of a cussing contest, with the doughy, sheepish Wellford refusing to say the biggest and baddest swear that his more impetuous Freedson-Jackson rattles off with ease. Then they happen upon the title vehicle.

A sheriff’s cruiser is just sitting there in the woods, seemingly abandoned with a half-empty bottle of beer on the hood. The keys are in the ignition, and since the boys already learned everything they need to know about driving from Mario Kart, why not take it out for a little spin?

A flashback fills us in on how the cop car ended up in such an unlikely location, and it isn’t good news. The sheriff –played with sinewy menace and a push-broom mustache by Kevin Bacon– parked it out there while he was busy burying the body of someone he just murdered, so he’s none too pleased to come back and find only his beer left behind.

With a panicked, almost reptilian intelligence, he frantically tries to cover his ass with the department while trying to track down the vehicle on the sly. Bacon’s plenty scary here, and Watts’ spartan script (co-written with Christopher D. Ford) doesn’t spell anything out for us. It’s an intensely physical performance by a too-often underrated actor. A lot of the time, we’re just watching Kevin Bacon silently doing stuff, left to figure out his plan on our own.

Meanwhile the kids are having a ball, running the siren and — in the film’s most queasy-making sequence — playing around with the sheriff’s guns as if they were shiny new toys. Then all of a sudden, they hear some strange noises coming from the trunk, and that’s when COP CAR stalls out.

Nothing that follows matches the stripped-down smarts of the opening act, and the promising premise never develops into a proper story. The sparseness starts to feel more like emptiness. The details of our nefarious sheriff’s scheme remain maddeningly opaque, and the movie, like the car itself, kind of just idles on the side of the road for the remainder of the running time. Watts seems to be shooting for the clockwork contraption quality the Coens brought to No Country For Old Men, but his screenplay is woefully short on mechanics.

The relationship between the boys doesn’t deepen in the peril, and when all is said and done, we’re left knowing as much about them as we learned in the first scene. It’s no spoiler to say that Cop Car gets pretty ugly and violent, and Watts’ cruelty towards his characters leaves a sour aftertaste. The film eventually sputters to a glibly nihilistic ending that just pissed me off, squandering whatever goodwill was leftover from that auspicious start.