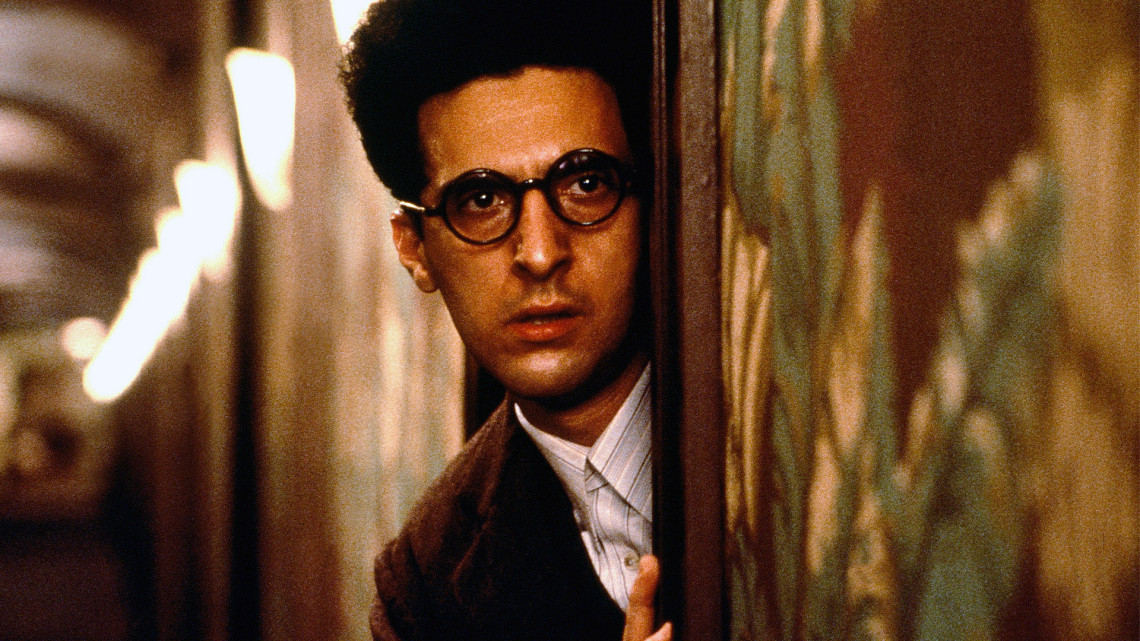 On the Coens’ Love-Hate Relationship with Hollywood

Jake Cole on the Coens' relationship with Hollywood and stardom.

The Coen brothers’ films are typically defined by sharp, concrete images which are slowly rendered strange by the increasing oddity of controlled tonal shifts and the overall structure. Mobius-strip recursion, Gordian-knot tangles, and labyrinthine dead-ends turn a façade of mundanity into something alien and suspect, where any given second could be worthless or contain the key to the whole movie. This approach occasionally gets the filmmakers tagged as “surreal,” but that label misinterprets the true nature of their writing. The Coens do not subvert reality but call attention to its inherent unknowability. They subtlety scrutinize how normalcy is founded upon an artificial, tenuously arranged sense of order that can be toppled by the slightest push.

As such, Hollywood provides a perfectly pervasive setting for a few of the siblings’ films. It’s a place founded upon a bizarre notion of reality, and one that peddles that vision for commercial gain. Hail, Caesar! acts as a book-end of sorts with 1991’s Palme d’Or-winning Barton Fink, the movie that arguably marked the filmmakers’ entrance into the upper echelon of working directors. Although much of Fink takes place away from Los Angeles, it is steeped in the warped perspectives of artists. And it’s especially concerned with the intersection of artistic ambition and Hollywood commercialism and how neither trait ever seems to cross paths with reality. An allusive William Faulkner-type character, W.P. Mayhew, appears as a fading codger attempting to drink away the shame of having to doctor scripts to subsidize his unsold novels. John Turturro’s protagonist is a Clifford Odets-esque figure who drones on incessantly about his desire to give voice to the common man that he talks over any normal person he meets. Meanwhile, studio heads vacuum up “legitimate” talent such as these writers and force them into making tripe to exploit their name recognition by catering to focus-grouped drivel.

It’s a scathing portrait, but it’s also hard to take the Coens’ bitterness at face value given how much their films often exhibit reverence for Hollywood’s most well-worn genres, such as noir and screwball. In fact, the filmmakers’ blatant recreation of obsolete forms from the industry’s glory days not only shows their deference—it also helps put to bed the tedious charges of their supposed cynicism. This comes up most frequently in the exaggerated, heavily-typed performances they get out of their actors, from the leads down to the bit-part cameos. But such embellished performances fit comfortably into a tradition of theatricality that only went out of fashion recently. Seen through the prism of the realism fetish that now dominates both filmmaking and discussion of it, the quirks of regional accents and unhinged lead performances seem dissonant—but the elemental and controlled nature of the acting often brings out new dimensions in the actors.

Take George Clooney, whose old-school good looks and paradoxically soothing severity has always seemed a self-conscious attempt to fit into the mold of Cary Grant. Yet it is within his roles for the Coen brothers that he comes closest to Grant—not by aping the somber beauty and steady resolve of the actor’s dramatic work but by reminding people that Grant was one of the all-time funniest comedy actors. His best showcase is Intolerable Cruelty, a neo-screwball that translates Grant’s undersexed, easily shaken comedic protagonists into a sleazy divorce attorney whose flaw is no longer not understanding women at all but believing that he does. Then there’s Catherine Zeta-Jones, whose cold dispassion disguises a capacity for emotional mayhem. She’s a dead ringer for the benign sociopathy of Katharine Hepburn’s bawdy characters.

The film around the actors aesthetically rejuvenates a subgenre developed in part by the visual limitations of early talkies and the massive, immobilizing soundproofing that cameras required. Lightly bobbing handheld shots, various instances of camera motion, and a more immersive sound design (check an early scene of a wife’s testimony drowned out by Clooney’s lawyer whispering to a colleague, the muted “other” reflecting his solipsism) all add a sense of visual and aural dynamism to the genre’s inherently manic scripting. Likewise, The Man Who Wasn’t There replicates existentialist chamber noir while updating its look with crisp color photography that’s been digitally desaturated by longtime DP Roger Deakins to produce crystal clear but visibly off black-and-white schema, or the nostalgic tinting of O Brother Where Art Thou and now Hail, Caesar!

Better still are the times that these replications and variations on familiar styles produce commentaries on themselves. The Coens’ True Grit remake is, if anything, more faithful to Charles Portis’ source novel than the 1969 film. Yet in the process it makes more lucid and scabrous comments on the self-immolating revenge that mark the story. Furthermore, Jeff Bridges’ portrayal of Rooster Cogburn as a racist drunk leaps outside of the confines of that character to take a swipe at John Wayne himself, turning the movie into as much a work of film criticism as social commentary.

There’s also Burn After Reading, which takes the paranoia and institutional omnipotence of Nixon-era, DC-set conspiracy thrillers and replaces it with Bush administration incompetence. Close-ups on shoes traversing CIA hallways give the impression of people navigating bureaucracy on autopilot. J.K. Simmons’s look of blissful ignorance as the agency chief blithely ignores any potential problem is perhaps less a snapshot of the administration’s approach to intelligence in the War on Terror as their approach on August 6, 2001. In a decade filled with blunt, typically clumsy liberal repudiation at the cineplex, the Coens managed to riff on the overplayed idea that Bush was dumb while also sketching a credible reflection of a system governed above all by plausible deniability. 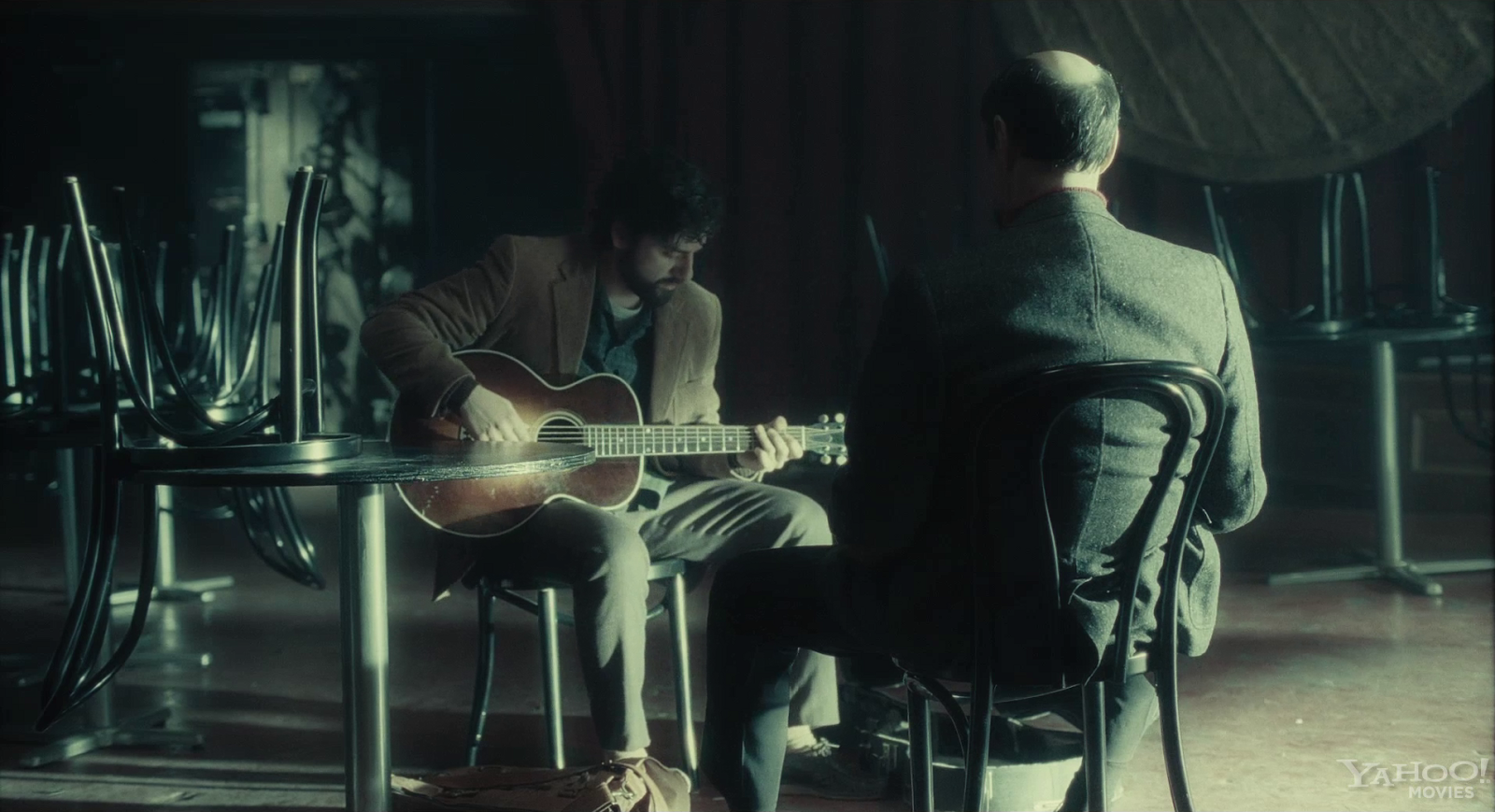 Such social critique, however, is infrequently a topic in the Coens’ filmography, and they truly excel when putting their revisionism and puckishness to work in service of character study. In a textbook case of missing the point, Inside Llewyn Davis stymied a number of critics upon release for its warped, peripatetic structure and its (literally and figuratively) hazy recollection of the early ‘60s folk scene. The latter came in for criticism for not being an accurate reflection of that moment in cultural history, another case of literalism debasing more interpretative aims. Simply put, the film is a “star is born” narrative turned inside out, not parodied à la Walk Hard but completely undermined by following a talented but unlucky musician who struggles and struggles and struggles and then…still doesn’t make it.

Instead, Llewyn flubs his chance to collect fat royalties on a novelty hit, gets laid out by an offended audience member, and, in the moment where he manages to get in front of a label head, pours his heart into a raw solo performance only to be told “I don’t see a lot of money here.” Movies about breakout talents are usually crisp and bright like ‘50s portrait photos, but this film is dim and foggy, with Greenwich Village and its promise of a coming folk explosion forever dissipating out of Llewyn’s reach like a hipster Brigadoon. Though not the most despairing film the Coens have made, Inside Llewyn Davis is perhaps the bleakest revision of the most triumphant subgenre, where the most uplifting conclusion one can hope for is the muted, resigned serenity of realizing one can at best be merely present for a true star’s birth.

Like many of the Coen’s films, Hail, Caesar! brings things full-circle back to the Coens’ breakthrough, riffing on the mired studio politics that hang around Barton Fink with the capacity for formally controlled mayhem honed on their subsequent comedies. The film itself is a compendium of obscure, obsolete subgenres—from swimming musicals to singing cowboy westerns to Bible epics. Waiting in the wings to join them someday, perhaps, are today’s superhero blockbusters. As the distinctions between the film’s reality and its numerous films-within-the-film begin to collapse, the picture also sucks in Hays Code moral deference and strident creative communism into its kaleidoscopic portrait of Hollywood’s on- and off-screen operations. The full picture lacks clarity and focus, but the sight of a homoerotic sailor dance number led by Channing Tatum, or of studio manager Eddie (Josh Brolin) walking around backlots like a private detective on permanent retainer, is a blatant display of the filmmakers’ love and debt to even the corniest and most justly forgotten footnotes in Hollywood’s history. After years of being mistaken as snide elitists, the brothers come out as the most passionate fans of all.