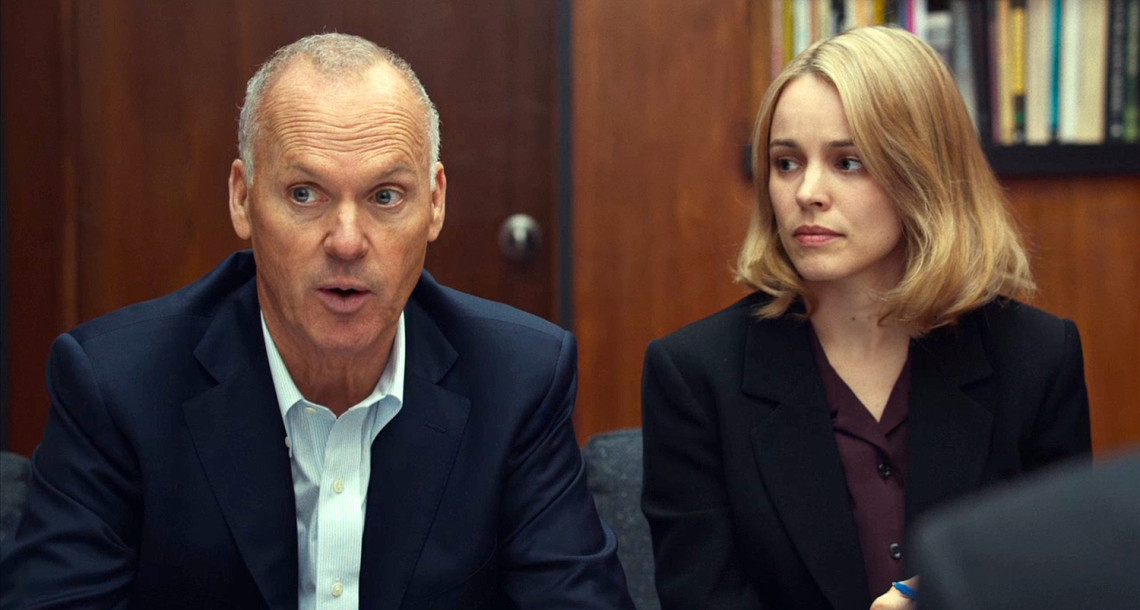 A Quiet Shame: Movies About the Catholic Church Sex Scandal

Andy Crump writes about recent features about the Catholic Church sex scandal and their treatment of its victims.

A brief history of the Catholic Church sex-abuse scandal: After decades of systemic violation of young girls and boys by members of the Catholic order, during which time accusations attained visibility but left no considerable impact on either the Church or the accused, The Boston Globe launched an investigation that led to widespread attention to the problem in the media and sparked a worldwide imbroglio for the Catholic Church. The Church’s crises—of faith, of culpability, of accountability—continue to this day. Coverage of the ordeal continues, too, but by now has broadened beyond newspaper sections and documentaries to include feature filmmaking, right now most prominently encapsulated by Spotlight, Tom McCarthy’s procedural ode to journalistic can-do.

Spotlight has come up big in this year’s awards season; the film has scored big among critics’ groups and turned up handfuls of nominations among organizations like the Academy of Motion Picture Arts and Sciences, the American Film Institute, and the Screen Actors Guild, which recently awarded the Outstanding Performance by a Cast in a Motion Picture” trophy to Spotlight’s gifted ensemble. The movie’s success may be best explained by the cathartic buzz of seeing a great concealed wrong exposed to the masses: All of Spotlight is bent around the titular team of investigative reporters as they cut through clerical red tape and Boston insularity in their search for the truth. McCarthy concludes his telling of events on an open-ended note as phone calls pour into the Globe’s offices—a waterfall of public testimony. Justice has been served. The good guys have won.

Somewhere in the pursuit of spiritual and ethical rightness, though, the film loses sight of one important element: the victims. Spotlight, like many features that make the abuse scandal their focus, is not really about the children, now grown into adults, who endured unspeakable physical and emotional trauma at the hands of their religious leaders. It is instead about the people responsible for making their suffering into a matter of public knowledge, and for forcing the priests who caused that suffering to face the consequences of their actions. McCarthy and co-writer Josh Singer don’t ever ask us to identify with the aggrieved, though they do permit us opportunities to spend time with them; Michael Cyril Creighton, Jimmy LeBlanc, and Neal Huff each appear in supporting roles as survivors, and the plot hinges on their interactions with the film’s primary cast. To say that these characters aren’t instrumental to Spotlight’s function as a narrative would be false, but to say that Spotlight is “their” story would be equally false. 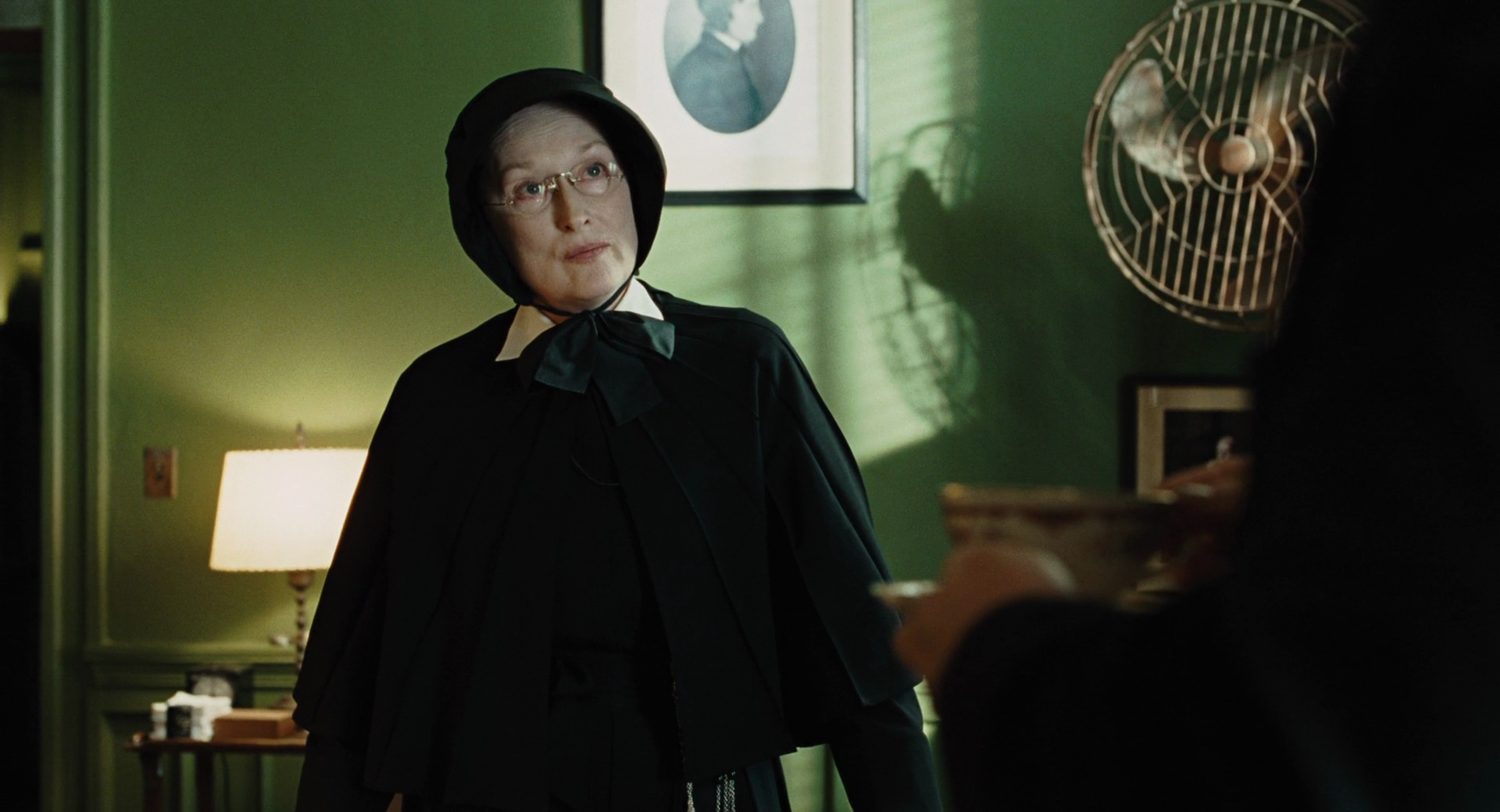 In fact, most movies that focus on the sex-abuse scandal tend to avoid using victims as their protagonists. John Patrick Shanley’s Doubt (2008), for example, revolves around the battle for a young boy’s soul at a Bronx-based parish school, as fought by Father Flynn (Philip Seymour Hoffman), the boy’s pastor, and Sister Aloysius (Meryl Streep), the imposing nun who serves as the parish school’s principal. Flynn and Aloysius represent the film’s two chief characters. Donald, the distraught boy Aloysius believes Flynn has had inappropriate contact with, by contrast resembles something of a chess piece, scarcely figuring into the film’s drama, at least not directly. This is appropriate to a degree: Kids like Donald are rarely able to act as their own advocates. They either do not have voices, or they are understandably too aggrieved, too wounded, too afraid to raise them. Taken from that angle, maybe we should let Spotlight and Doubt off the hook for putting their emphasis not on the tormented, but on their tormentors and their saviors.

But then again, maybe we shouldn’t; after all, John Michael McDonagh didn’t. Just over two years ago, McDonagh released his second directorial effort, Calvary, a pitch-black comedy about Father James (Brendan Gleeson), a priest in small-town Ireland who is threatened with imminent death by an enraged parishioner during confession. The parishioner tells us, as well as James, of the priest who raped him as a child, and promises to kill James on the beach in a week’s time. There’s a twisted method to the man’s madness; James is innocent of the horrors inflicted upon the parishioner, who at least is charitable enough to acknowledge James’s goodness, but as the parishioner explains, the death of a good priest would foster more shock than the death of a bad one. Thus must James pay for the sins of another, and thus does he go about putting his affairs in order before walking to the film’s fateful ending. 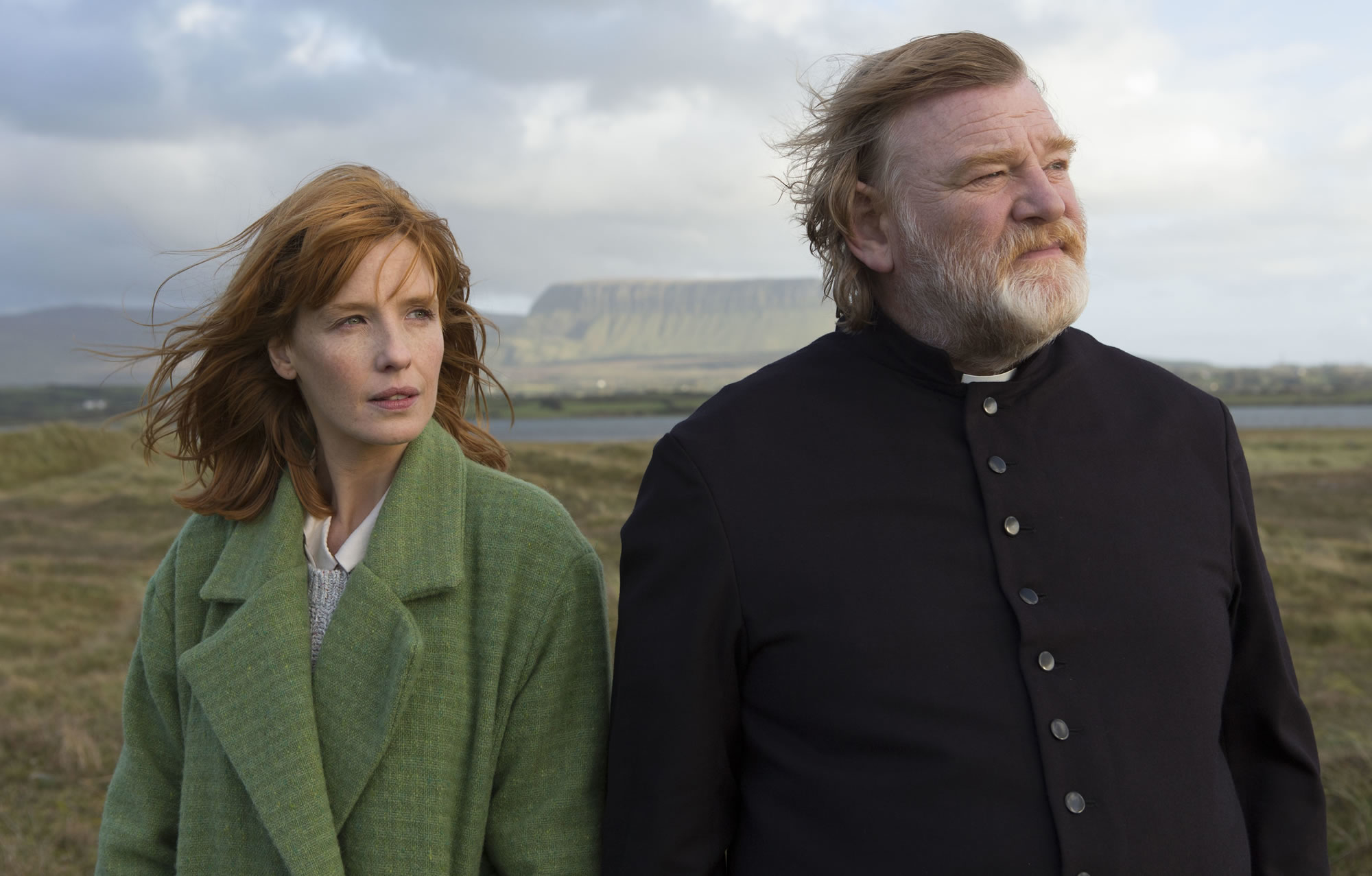 We do not hear from the parishioner or learn his identity until then, but any viewer who has seen The Usual Suspects will eventually guess from the confessional scene that it’s Jack, the town’s butcher. (Blame it on the unmistakable mellifluence of Chris O’Dowd’s dulcet tones.) In fact, though, we spend most of Calvary with Father James as he reconciles with his daughter, tends to his flock, and is subjected to a slew of offenses and indignities courtesy of his fellow townsfolk: His church is burned, his dog is murdered, and he winds up on the receiving end of a baseball bat wielded by an angry barman. As Spotlight is more the story of the reporters than the victims, Calvary is more the story of James than Jack. But McDonagh does two things differently than McCarthy: He outfits Jack with agency, and, whether intentionally or not, critiques popular cinema’s failure to face church-abuse victims head-on.

This last bit occurs in Calvary’s climax, as James makes his appointment with Jack. After bantering a bit, James eventually asks why Jack killed his dog. Jack, surprisingly, claims innocence; he admits to torching James’s church, but bristles at being accused of slaying a defenseless animal. He uses that opportunity to test James further, asking whether he cried at the sight of his dead pet; James replies in the affirmative. Jack then asks if James cried for all the children who fell prey to the hungers of their priests; James says no, wondering aloud that perhaps he just felt too detached from them to weep. At that, Jack shoots him, saying “Detach yourself from that!” through gritted teeth. The pistol’s report is Jack’s best response to not only James’s disconnection, but to how often movies avoid inhabiting Jack’s point of view. In cinema, people like Jack are usually either bystanders in their own stories or antagonists.

Not all films rooted in the sex-abuse scandal follow that guideline, though. Most recently, Chilean filmmaker Pablo Larraín’s The Club allows a tortured soul like Jack to figure into its overarching narrative alongside guilty priests. The film takes place in La Boca, a small seaside village in Chile where four men of the cloth have been relocated by their superiors; each is at fault for one criminal transgression or another, and they have been defrocked and shoved into obscurity to keep them and the media quiet. But the arrival of a newcomer turns their quartet into a quintet and also draws the curiosity of Sandokan (Roberto Farías), a young man we first believe to merely be a drunk until he raises hell outside the priests’ door, clamoring about his boyhood experiences being repeatedly used as a sex doll by corrupt priests. The ruckus he raises impels the newly landed priest to commit suicide on the spot, but his death doesn’t satisfy Sandokan, who naturally assumes the others are pedophiles, too.

Larraín’s plot commences from there, and flits back and forth between the perspectives of the remaining four priests as well as Sandokan’s. If life at “the club” is less than ideal for the four, it is downright intolerable for Sandokan, a man who appears to be perpetually on the verge of a breakdown and who has developed unhealthy sexual habits that project his personal agony and confusion onto his partners. But if watching Sandokan struggle through his life and his anguish is difficult, it is a necessary component to the experience of watching The Club, and one which movies like Spotlight and Doubt entirely lack, and Calvary only gains in context with other movies of its kind. Neither of those films are made worse for their outlook or who their principal characters are, but it is a quiet shame that the most prominent movies about the sex-abuse scandal are the ones that ask us to empathize the least with its true casualties.

2 thoughts on “A Quiet Shame: Movies About the Catholic Church Sex Scandal”