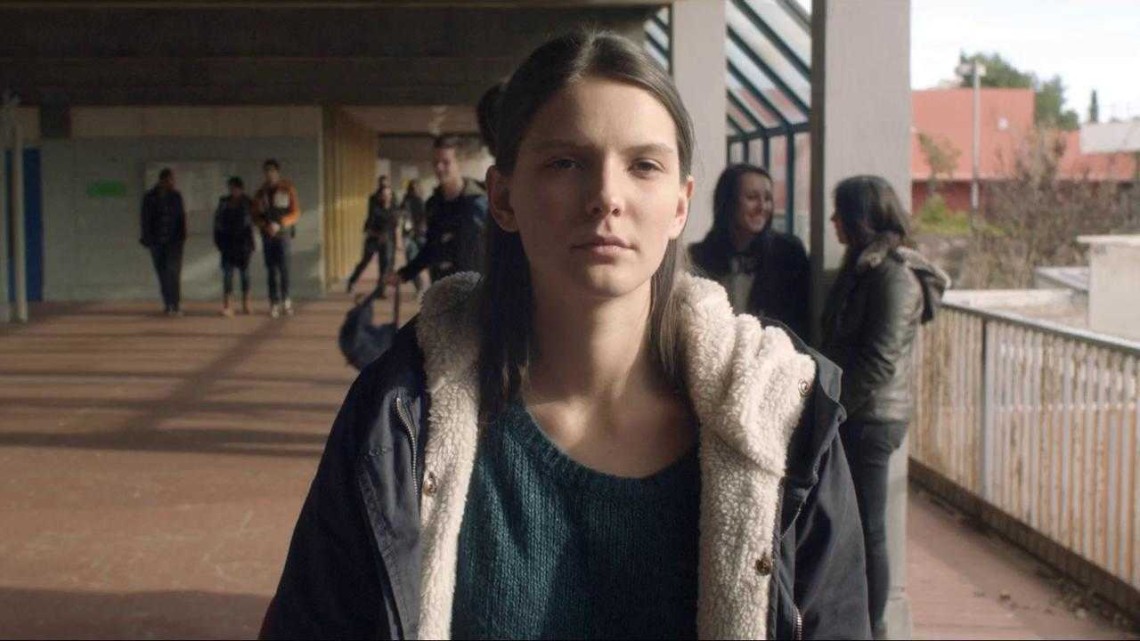 “Breathe” Is The New Classic Of Teen-Centric Cinema

Toxic friendships between teenage girls have given us some memorable cinema, from the sarcastic (Ghost World) to the cruel (The Craft) to the outright deadly (Heathers). If you believe Jennifer’s Body, hell is a teenage girl and two of them at war is enough to swallow the universe whole. Even within this fine tradition, it’s hard to imagine a movie that evokes the suffocating symbiosis of adolescent friendship better than Mélanie Laurent’s Breathe, a film of singular emotional precision that also packs a punch as thrilling as Carrie White’s ill-fated trip to prom.

It’s only the second feature for actress-turned-filmmaker Laurent, who’s probably still best known in the US for her avenging cinephile in Inglourious Basterds, yet Breathe crackles with the intuitive control of a seasoned auteur. Set in a suburban France that could just as easily pass for Orange County, Breathe chronicles the turbulent relationship between 17-year-old high school senior Charlie (Joséphine Japy) and the charismatic new student Sarah (Lou de Laâge) to whom she’s immediately drawn. With her low-slung cigarette, cherry lips, and tall tales from abroad, Sarah’s the archetypal teen-movie bad girl and an object of instant fascination, the air that Charlie—who’s asthmatic—suddenly finds herself needing to breathe.

It’s not long before Charlie and Sarah become inseparable, and Laurent conveys the sudden depth of their friendship with effortless grace. While scenes of the girls smoking cigarettes in school bathrooms or doing each others’ make-up provide the requisite shorthand, the uncanny dimension of their relationship is suggested in other, far more indelible ways. Laurent and DP Arnaud Potier pay close attention to light, for example, and the manner in which it interacts with their actresses’ gestures, or allow scenes to linger on the empty spaces, refractions of color and meaningless dialogue that can form so much of a teenager’s perspective.

As the friendship twists from codependency to emotional attrition, Laurent observes the shifting nature of public and private behavior: whether played out in the intimate space of a bedroom, Sarah bearing down on Charlie to apply her lipstick like a weapon, or on a weekend camping trip, in which the latter assumes the play-acting role of a leery boyfriend. (It’s worth noting, refreshingly, that the film has nothing to do with boy-related rivalry.) Laurent’s direction turns otherwise simple scenes into moments of melodramatic peril that threaten flip on a whim. Sarah’s seemingly tender gesture of holding Charlie’s hair back as she throws up is tempered by the malice lurking behind it; later, when Sarah leans in and whispers a threat to Charlie amid New Year’s Eve nightclub revelry, the atmosphere turns thick with chilling dread.

It might all sound exaggerated, but this is high school—and Breathe perfectly articulates the ever-shifting emotional terrain of alliances, where friends can become enemies and back again in the space of a day. And while it’d be easy to demonize a character like Sarah, as many teen films have, one of the strengths of Laurent’s film is that its sympathy moves fluidly between both girls, understanding that errant behavior comes from all kinds of damaged places.

Laurent’s feel for the rhythm of teenage experience is complemented by her impressive formal choices, from the aforementioned plays of light to the gentle, never-overdone swoon of the hand-held camera, as if, per Werner Herzog’s assertion, it was moving with the heartbeats of the characters. One sure-to-be-celebrated take neatly captures all of Sarah’s domestic troubles—and Charlie’s problematic relationship to them—in a bravura long tracking shot, and one that’s all the more impressive for how, like much of the film, it seems so unfussy and without calculation. That’s not to say that Laurent is averse to dropping some classic tropes of the teen movie genre—like the students watching an old science documentary about a plant that sucks its host to survive, or a student eagerly quoting Nietzsche’s line about being unable to choose our passions. But in each case they work within the context of the film, in addition to paying homage some of the great teen cinema, be it The Virgin Suicides or Rebel Without a Cause, that’s come before.

Breathe deserves to belong to that pantheon. Once that unforgettable ending arrives, scored to high-pitched white noise that sets the blood on ice, it’s tempting to once again imagine Laurent as Shoshanna the righteous cinephile heroine, bringing together her passion for film form and burning a hole, with her cackling girl avengers, through the generic wasteland of coming-of-age male-driven cinema.