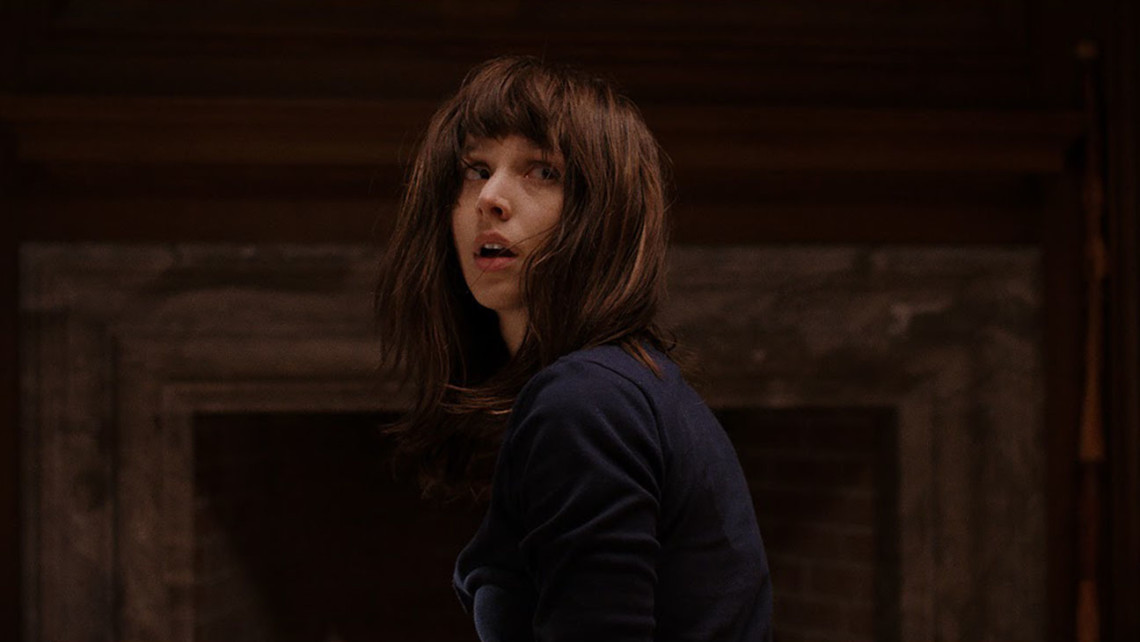 “Body” Is Ultimately Robbed of Suspense

Horror films often invite their viewers to consider the question of “What would I do?” They force us to think about our actions and our potential outcomes in an insane alternate reality where we’re characters in, for example, a slasher narrative. Body, the debut feature from directors Dan Berk and Robert Olsen, veers slightly left of both that fundamental question and its genre; it’s an exercise in naturalism that’s embedded in reality rather than fantasy and which poses an altogether different inquiry: What would your friends do? We’re all capable of surprising ourselves in extreme situations, certainly, but being surprised by the people you believe you know best is a much nastier kettle of fish.

In Body, friends Holly (Helen Rogers), Cali (Alexandra Turshen), and Mel (Lauren Molina) languish at Holly’s parents’ house eating too much food and playing too much Scrabble. It’s two days before Christmas, so their slackerdom is forgivable. But Cali isn’t content to sit around and fall asleep at 9:30 on a Friday night, so she rallies the girls and convinces them to make off for her rich uncle’s tastefully extravagant remote mansion for nocturnal diversion. But Cali tells a lie: The house actually belongs to a family she once babysat for, and they happen to have a groundskeeper, Arthur (Larry Fessenden), who walks in on the trio unexpectedly. Understandably, Arthur is perplexed by the girls’ presence; a struggle ensues, and before you know it, Arthur is lying prone at the foot of a staircase, seemingly dead.

The rest of the film deals with the fallout from that apparent accidental murder, as Holly and Cali each take a side in an ethical debate over corpse disposal. Cali schemes to frame Arthur as a would-be rapist; Holly believes honesty to be the best policy. Who’s right? Body doesn’t care much for ambiguity, which is its greatest Achilles heel. Aiming for leanness and trimness at a mere 75 minutes, Berk and Olsen rely on tried-and-true tropes to help flesh out their characters enough to invest their audience: Holly, the clear protagonist, is the prototypical meek and mild good girl, while Cali, a devil-may-care bad-girl type, emerges as the obvious heavy even before they run into Arthur. (Mel, meanwhile, is invisible compared to either, though she’s more of a Holly than a Cali.)

Cali’s a good friend, but she’s the type who’s most likely to get you into trouble in the pursuit of a good time. In a horror movie, that’s not the kind of friend you want to break into a stranger’s home with. It’s only by the grace of Holly’s and Mel’s fear that Cali’s persuasions actually work; they’re too scared of worst-case scenarios to consider telling the truth. Watching Cali terrify her pals with her visions of what may pass if the police find out about the mishap is Body’s most unnerving pleasure, raising intriguing questions of when your friends really have your best interests at heart, and when they are just trying to overcompensate for their own oversights and deceits.

Most of the film’s horror originates from the Arthur quandary, but the film is centrally focused on fractured relationships between women more so than on the plot at hand. Body mines heaps of tension from Cali and Holly’s moral back-and-forth—but their dilemma might have cut deeper with better, less predictable characterization. Anybody keeping track of the individual blueprints of the cast won’t be the least bit surprised by the turns Body’s story ends up taking; the film’s clichés might help lay its foundation, but they ultimately rob it of suspense.