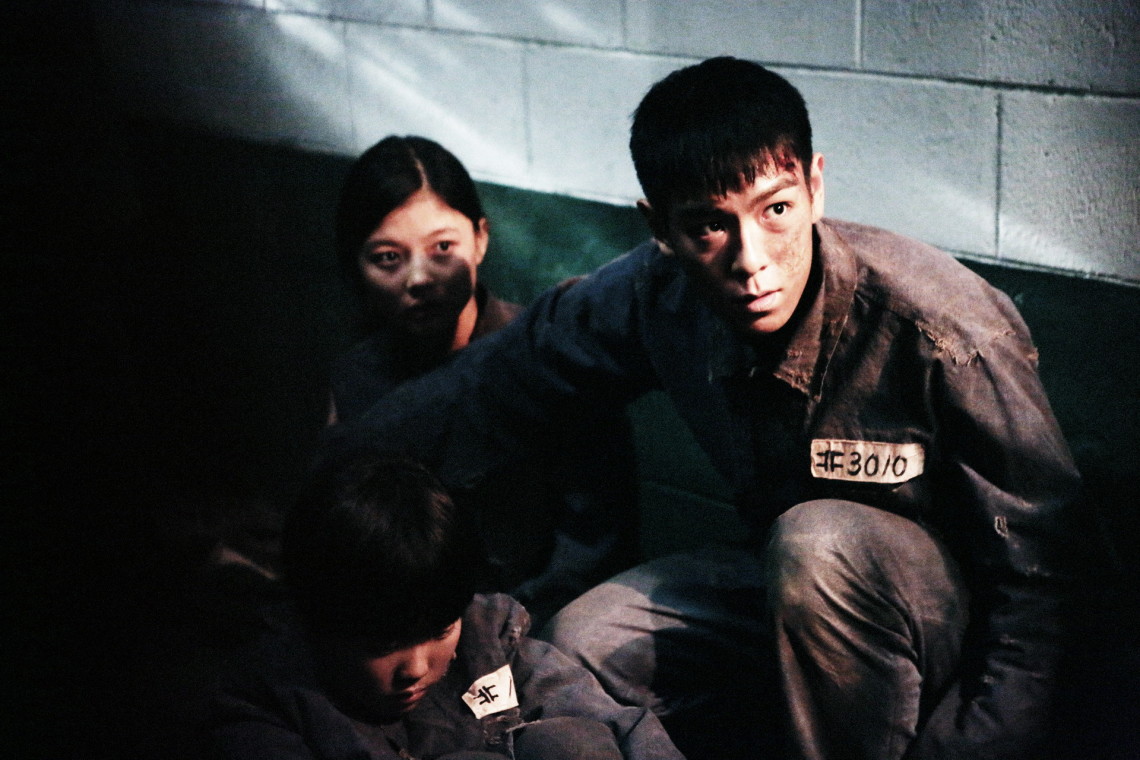 Commitment is not the first acting vehicle for Choi Seung-hyun, better known as Big Bang member and solo star T.O.P., but it is his first since K-pop at last broke internationally, borne out by the focus that even the PR for English-language markets has placed upon the day job of the film’s lead. That a K-pop singer could appear in blockbusters should come as no surprise to anyone with a basic familiarity of contemporary Asian cinema; just look at Chinese and Hong Kong movies, where a host of film stars like Andy Lau, Tony Leung, Maggie Cheung, Sammi Cheng, and even Jackie Chan either started out as or remain massive pop singers. Even so, when Choi’s Li Myung-hoon, an unwitting spy for the North Korean government, arrives in the South posing as a defector, it’s hard not to note that no spy, not even James Bond, has ever had eyebrows so immaculate.

The film skips over the two-year training period that turns a teenage pianist from a respected family to a brutally efficient killer out to dispatch a rogue agent in order to free himself and his sister from prison camps, allowing that gap in visual exposition to be filled by imagined regimens of harsh preparation and harsher punishment for insufficiently swift learning. As T.O.P., Choi’s chiseled looks and unusually low voice give him a mildly intimidating presence, something he plays up as Myung-hoon. Even when passing his days at school, the young lad looks so focused that it is less surprising that he eventually snaps on a pack of bullies than it is for taking him longer than five minutes to do so. Young assassin movies have worn off their novelty, but that subgenre regains some of its original macabre humor in sending a North Korean agent through the halls of a high school, turning a first-love crush on fellow outcast Hye-in (Han Ye-ri) into a pretext for violently aired teenage hormones toward those who torment her.

Also intriguing is the manner in which the film broaches recent power shifts in North Korea. Set just before Kim Jong-il’s death, Commitment bases its conflict not on North-South division but friction between the various parties in the DPRK jockeying for position in the power vacuum left by the Dear Leader’s fading health and foreknowledge of a weak line of succession. Thus Myung-hoon must spend most of his time dodging the retaliatory efforts of rival agents nominally on his side, while also avoiding South Korean police whose intervention and aid would doom his sister. Despite dabbling in more sophisticated, time-specific politics than some other North vs. South movies that have gotten wider distribution outside of Korea, Commitment can play its material beyond national allegiances into thornier issues of duty to loved ones.

Less commendable is some of the direction. Good Korean action cinema is, short of good Hong Kong action cinema, better than anyone else’s, and Choi’s extensive background in dance choreography suits him well for Myung-hoon’s balletic close-quarters combat. But if Choi himself never pulls his punches in execution of various counters and strikes, the camera often jumps around at the moment of impact, meant to add a visualized jolt of pain but primarily distracting from the blow. Things improve with the climax, in which the direction finally gets in sync with Choi’s direct physical expression, but director Park Hong-soo mostly makes up for his generic shortcomings by imbuing the quieter scenes, like a literal dusting-off of a neglected piano, with a sense of grace that is far rarer to action movies than coherent assembly. Choi, too, deserves credit for cutting an impressive profile as a tacit but tragic figure, and if it does not take him away from his excellent music for too long, let’s hope he makes movies more often.

Well Go USA’s Blu-Ray reproduces a clean, artifact-free image, barring some uneven levels in a time-lapse shot that appear endemic to the source. The restricted color palette, mostly grays and cold blues, is rendered faithfully, and black levels outside the aforementioned blip remain stable. The audio is similarly strong, a loudly mixed track that can also lend the moments of silence with a pregnant urgency. As for features, the disc comes with a making-of featurette and the theatrical trailer. Overall, it’s a modest package for a modest pleasure. Commitment may not be the next big K-cinema import, but it’s a fine display of solid craftsmanship that reminds the viewer that sturdy, focused, yet human works of genre film are as rare and welcome a sight as the masterpieces that come out of it from time to time.