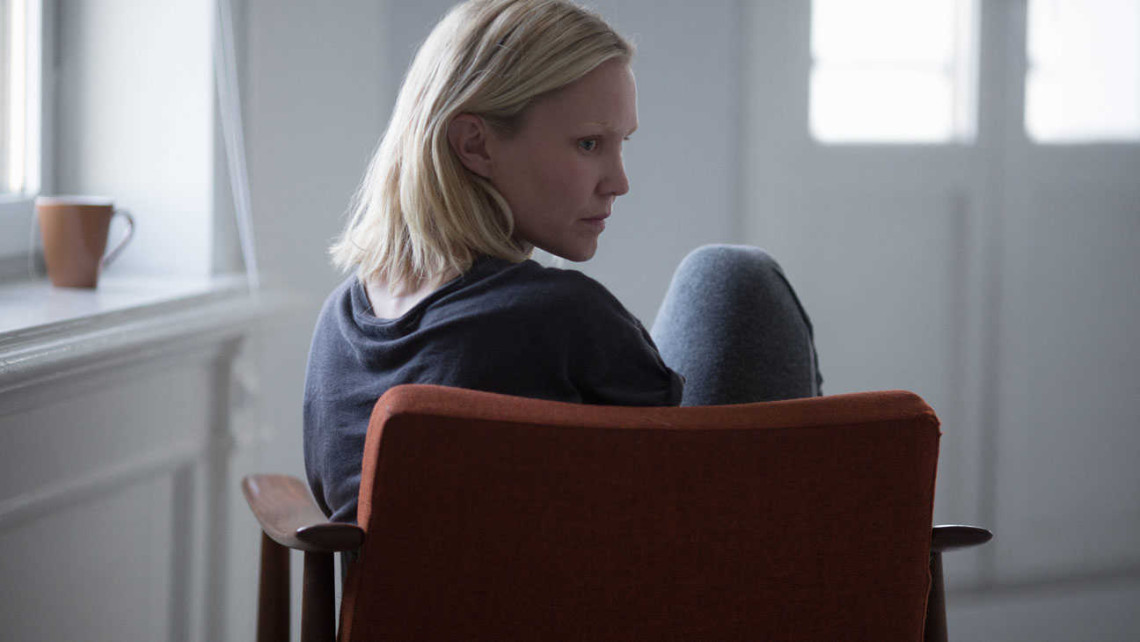 “Blind” Is A Sharp, Pleasant Surprise

On paper, the premise of Blind is unassailably bleak: the recently blind Ingrid (Ellen Dorrit Petersen), having permanently lost her vision to an incurable genetic disease, confines herself to her apartment while her husband frets over her physical and psychological wellbeing. But first-time director Eskil Vogt, a Norwegian screenwriter and frequent collaborator of Joachim Trier (Oslo, August 31st) comes up with something far more intriguing on his own. Favourably recalling Polanski’s Apartment Trilogy, Blind is a sharp, pleasant surprise that delves into the psyche of a woman reconfiguring her entire way of comprehending the world around her.

Or does he? Vogt slips effortlessly between reality and Ingrid’s imaginings, the dizzying trajectory of which is utterly enjoyable to behold. Seemingly real-life interactions crack to reveal the encroaching surreality of Ingrid’s mind’s eye. A coffee shop and a passing city bus merge in the blink of an eye and back again. The clicking keys of Morten’s laptop snap between an innocuous work e-mail to a salacious chat window—both and neither are true in Ingrid’s head, as visual confirmation can no longer to be trusted. It is an artful molding of a visual medium to represent the physiological state of being without vision, one that is oftentimes strange and slyly amusing.

In Ingrid, Petersen and Vogt have created a stunningly well-rounded female lead. Ingrid’s imagination belies her outward struggle to cope with her new life as a blind woman. She is genuinely funny, smart, and at times cruel and bitter. Her harsh treatment of the fictional version of Elin in her flights of fancy are a black mirror for her own hang-ups about her own blindness, a condition that, to her, is synonymous with a loss of dignity and deserving of self-hatred and ridicule. It’s a compelling and boldly unsympathetic portrayal by the imminently watchable Petersen. Amid the minor big-budget offerings of the late-summer slate, Blind is absolutely worth a look.