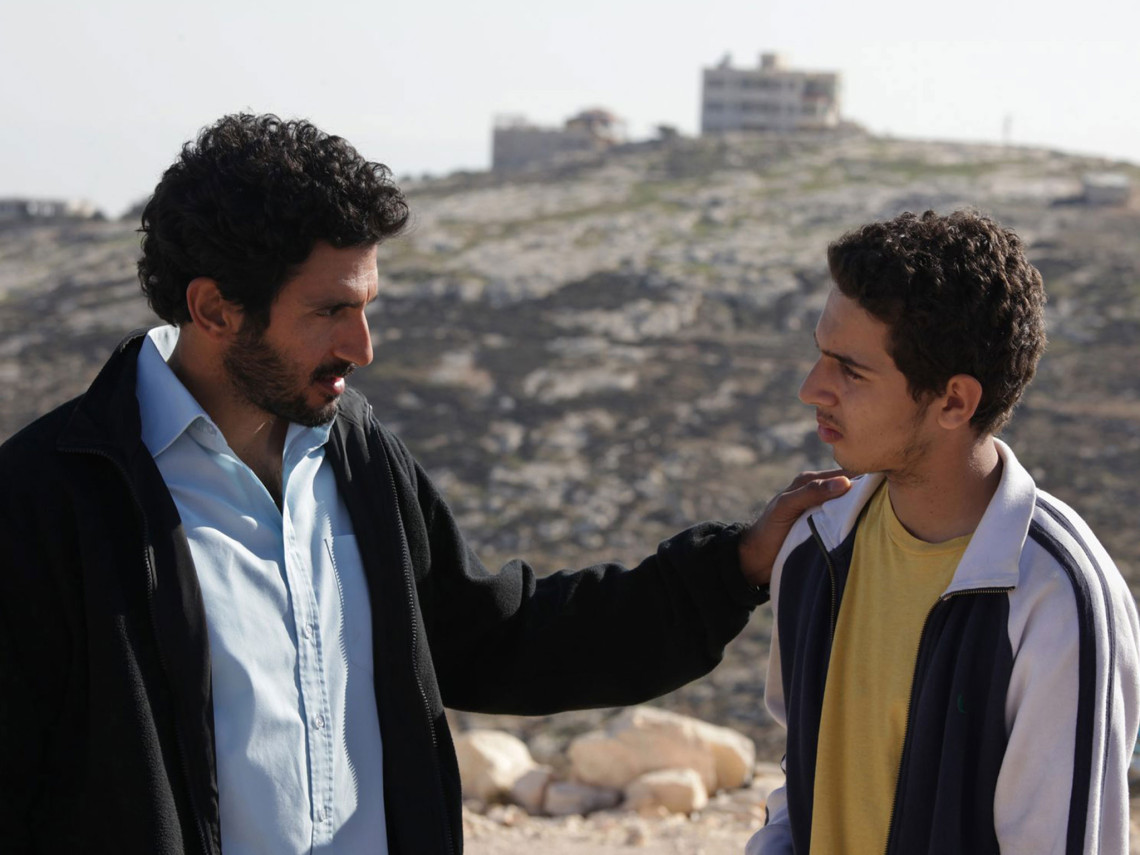 “Bethlehem” Betrays Its Own Intelligence

Bethlehem feels like it would make an excellent show on HBO, and I mean that as a high compliment. The themes and ideas director Yuval Adler and co-writer Ali Wakad are playing with are all fascinating, relevant and thought-provoking on their own, but together they create a rich tapestry of modern day Bethlehem and the Israel/Palestine conflict. Such a plethora of concepts would be enough to make even a densely packed show like The Wire stagger a bit, so the fact that we experience Bethlehem in just an hour and forty minutes is both a blessing and a curse; a means of creating a rich, intelligent film, and a detriment to those very ideas as well.

Bethlehem, which (like its cousin Omar, which features similar subject matter) was one of Israel’s submissions for the Best Foreign Language Oscar, is about the relationship between Razi (Tsahi Halevi), an Israeli Secret Service agent, and his Palestinian informant Sanfur (Shadi Mar’i), a teenager connected to some high profile targets behind enemy lines. Their shaky surrogate-father-surrogate-son friendship, which could collapse at any moment, is set against the backdrop of modern-day Bethlehem, which is under Palestinian rule.

Working simultaneously as a character drama, a political thriller, and something like a police procedural, Bethlehem deftly mixes up its genres but hardly finds a way for them to support one another in a cohesive way — a jack of all trades and a master of none. When the film focuses on political intrigue and warring alliances, there’s so much going on that it can be rather hard to follow, as we’re meant to keep track of every faction, not just between the Israeli Secret Service and a Palestinian militant group, but fringe rebel armies on the sidelines as well.

It’s purposefully convoluted, of course, because that’s how these situations tend to be in reality; which is why an episodic format may have suited this story better. But even if they were given more time to develop all of these various conflicts, Adler and Wakad are simply unable to find a way to invest the viewer in them.

What their script is clearly more interested in is the central relationship between Razi and Sanfur. Played wonderfully by Halevi and Mar’i, the former with calm authority and the latter with brooding intensity, their friendship/rivalry brings something fresh, original and human to the material.

It starts out simply enough, with Sanfur confiding with Razi on issues he can’t even talk about with his own father, while Razi finds himself spending time with him more than his wife and children. A third of the way into the plot, however, double-crosses and impossible dilemmas make their dynamic evolve into something morally complicated and intricate, as their friendship is nearly torn apart by loyalties that are at once intrinsic and, thanks to some welcome instances of dark humor, somewhat petty.

Their relationship can be seen as a microcosm of how the Israel/Palestine conflict tears everyone in that area of the Middle East apart, but Adler and Wakad thankfully never overstep their bounds with obvious metaphors and symbolism. They simply tell their story as it is, and let the environment and cultural context do all the talking, which is both a commendable and intelligent way of handling such a story.

Their friendship proves to be the film’s most important asset, because it is, for the most part, Bethlehem‘s only emotional entryway. The rest of the film is so concerned with creating a universal portrait of the Israel/Palestine conflict that it almost gets lost in its own web of combating allegiances and ideologies, which wouldn’t matter had the direction been more than just competent. Save for one effective action scene and a brutal, jaw-dropping conclusion, the rest of Bethlehem plods from beat to beat as if stalling for time between the grander set pieces.

While Halevi and Mar’i elevate the middling material with rich performances and chemistry together, Bethlehem never really comes together as a revelatory experience until an incredible, wince-inducingly savage finale that leaves a strong aftertaste. If only the rest of the film were as strong as its final five minutes.