Over the past two weeks just about every film site has been publishing lists on top of lists that authoritatively declare The Best and The Worst movies of the year. Movie Mezzanine will be following suit in mid-January, but until then, I’ve opted to make a different sort of list. Illuminating prose should be cherished, and in the age of rapid-fire film coverage, a lot of great writing is read and then quickly forgotten. Sometimes, it’s great writing that helps us consider the greatest films of the year, so if we’re going to honor the latter, it would do us good to recognize the former.

Here are 25 fantastic film-related articles you may have missed over the past 12 months. Hopefully, the below compendium of quality writing (and two videos) will direct you to some fascinating pieces you may have missed. What are some of the best pieces of film writing you’ve read this year? Let us know in the comments below!

“The Legend of Harvey Scissorhands” by Karina Longworth 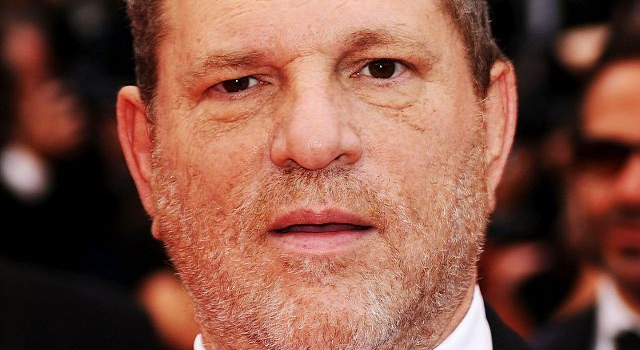 “No one seems to know who first coined the phrase “Harvey Scissorhands,” the shorthand for Miramax cofounder and current Weinstein Company boss Harvey Weinstein that stems from his notorious tendency to require movies he’s produced or acquired to be shortened, re-scored, and/or fundamentally restructured to his liking for theatrical release.” Source: Grantland 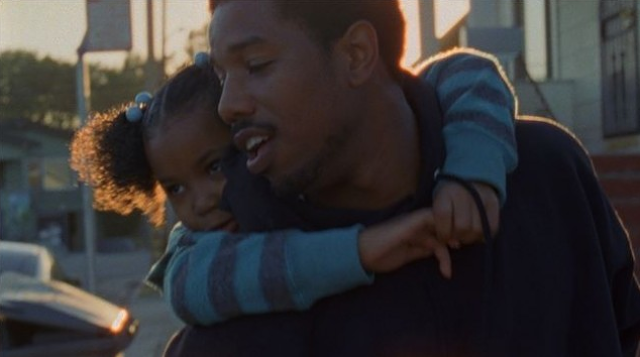 “It’s the same spirit that Oscar brings to encounters with those who don’t automatically write him off. The genius of Jordan’s performance, and the sense of portent that Coogler builds around it, is in showing how aware Oscar was that his freedom and even his life could depend on overturning a superficial, unfair impression.” Source: RogerEbert.com 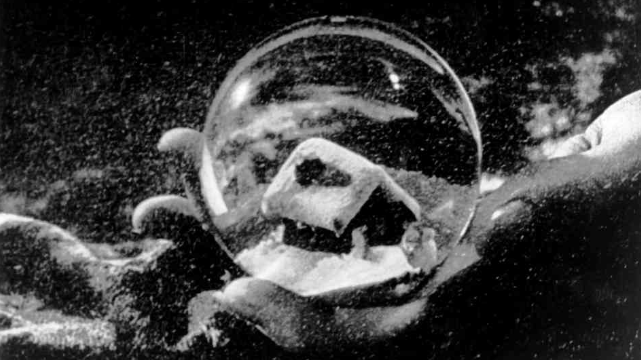 “To use the word “overrated”—as opposed to, say, mounting a considered argument against a film that happens to be well-liked—is to orient oneself deliberately in reaction to something perceived as somehow disingenuous, which has the simultaneous effect of both handily erasing mountains of discourse without having to properly engage in the discussion and, more gallingly, conferring upon the wielder of the word an unwarranted sense of superiority.” Source: Film.com 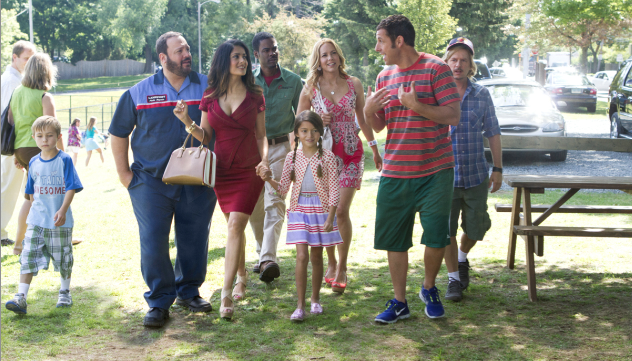 “Yet there is plenty of effective joke-writing craft to meet the demands of its audience. It’s not particularly smart nor is it comedy that everyone will appreciate or tolerate. For Sandler and friends, though, it’s a considerably low concept and innocently drawn look at familyhood on some absurd planet that’s far off from our own.” Source: Film School Rejects

“The Pitch Meeting for The Lone Ranger” by Eric D. Snider 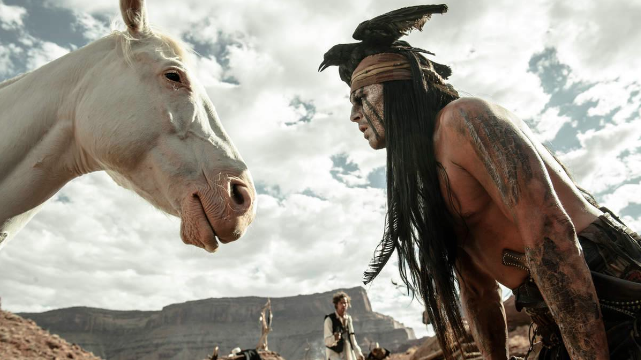 “But around here we disregard conventional wisdom and go behind the scenes of your favorite Hollywood productions, and also of The Lone Ranger. The NSA was kind enough to lend us their recording of the boardroom pitch meeting that led to this big-budget extravaganza, a transcript of which is copied below.” Source: Film.com 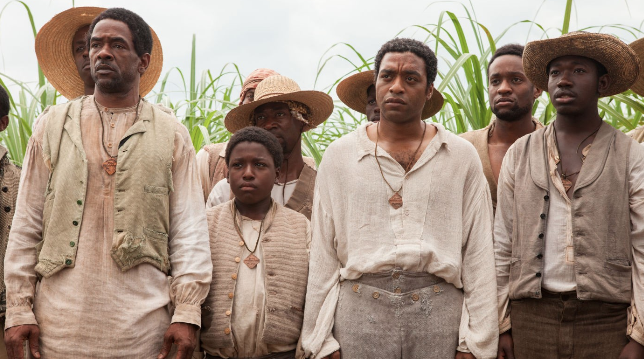 “On the plantations, we don’t get much sense of tension or alienation between Solomon and his fellow slaves (who are mostly faceless bystanders). There’s that lovely bit where they all pat him on the back after he’s navigated down the swamp in his handmade raft, but the filmmakers’ concentration was mostly fixed on Solomon vs. Slavery.” Source: Big Media Vandalism 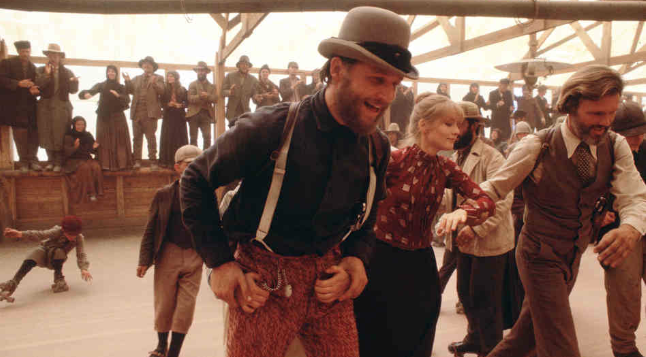 “There’s a tragic grandeur to the production history of Heaven’s Gate, with its figure of the mighty brought low (one week before beginning principal photography on the film, Cimino had won Best Picture and Best Director Oscars for The Deer Hunter) and its tales of locked-horn battles between the forces of directorial creativity and studio control.” Source: Slate

“The Cineaste’s Guide to Watching Movies While Stoned” by J. Hoberman 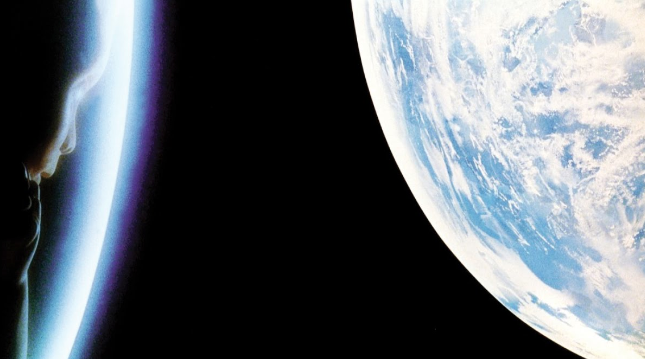 “To watch a movie truly stoned was not simply to enjoy more vivid color and oceanic sound; it was to experience a state of acute defamiliarization mixed with heightened idiocy. Time stood still and reverberated like a tuning fork or the BOOIIING! of a cartoon character hit by a falling safe. Everything was a non sequitur; it was impossible to distinguish between intentional and unintentional humor.” Source: The Nation

“For Roger” by Grace Wang 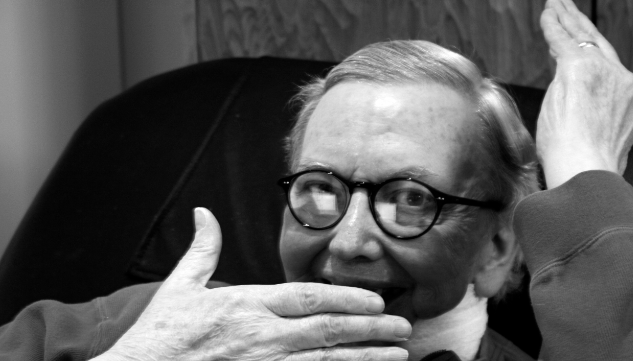 “And that’s how he was: persistent, decisive, wise, and generous. He embraced people from all walks of life with all kinds of beliefs. He was incredibly open-minded and thoughtful. Intensely curious – if something caught his attention he will focus on it until he figures it out. He also had a great reserve of sympathy and used them with abandon, especially for those who need them.” Source: Etherial Musings

“The Song of Solomon” by Wesley Morris 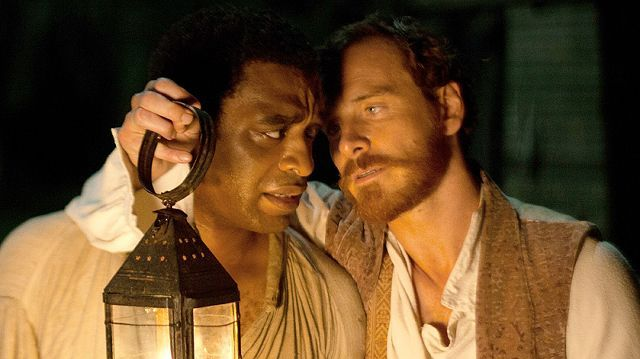 “It is a grim sight, the man hanging from a tree. His neck is noosed. His arms are tied behind him. The toes of two booted feet tap, tap, tap in the mud, neither foot firmly on the earth. Each skates a bit. But all that planting the entire foot guarantees is more drudgery. He continues to tap and struggle just the same — for hours and possibly days. The cicadas keep changing their tune. From a distance, we watch him. And from a distance, he is watched.” Source: Grantland 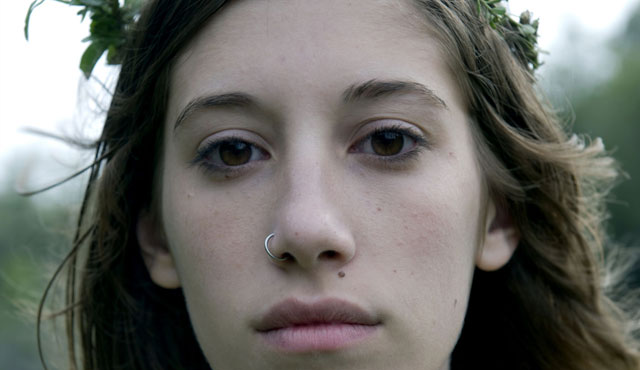 “It’s hard to pin down exactly when it happened, but at a certain point in the cinema’s ongoing digital revolution it became easier to make a movie than it is to get it seen. That’s a sweeping and reductive generalization, of course, but what would the introduction to a Film.com list be without one of those?” Source: Film.com

“Out of Balance: Gore Verbinski and The Lone Ranger” by Ryland Walker Knight 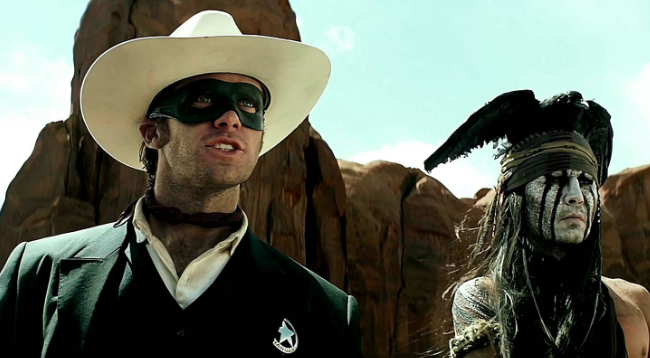 “Everything you need to know about the picture, its attitude towards story, myth, representation, reality and this new vision of Tonto in particular is in this first five minutes. In short, everything is at question. Who is good, what is real and not, how the story is told, where the story is happening (inside one story, and still another), what the story’s stakes are (“There comes a time, kemosabe, when good man must wear mask.”), and why it needs telling by this character in particular.” Source: MUBI

“Please Mr. Kennedy: How An intentionally Bad Song Turned Out So Great” by Mike Ryan 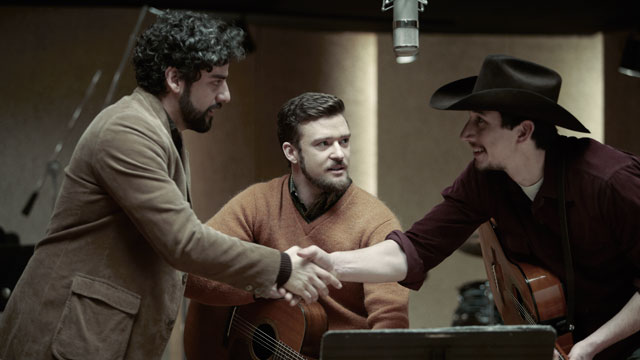 “So, here’s the way the song started: It started from that germ and I wrote about 10 of 15 verses in Ogden Nash-style — because I’m always trying to be Ogden Nash. And Justin and I were going out to Norm’s Rare Guitars in the Valley to find a guitar for him. And we went through 20 or 30 guitars where we finally found it. He said, “Let’s go write that song.” Source: The Huffington Post 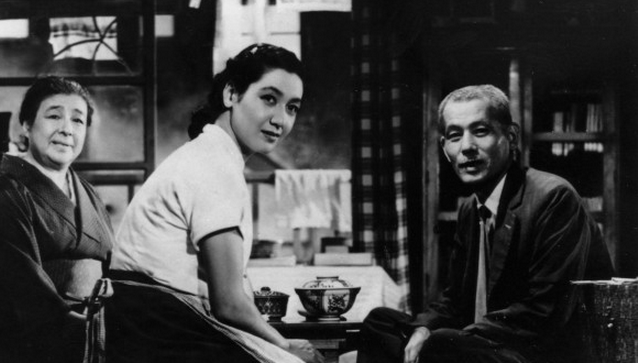 “Needless to say, the canonization of Tokyo Storyover the rest of Ozu’s oeuvre may have less to do with any of its cultural relevance and, rather, pertain more to the film’s accessibility — not only in terms of its initial arrival on American shores, but the sheer universality of a narrative wherein an aging patriarch and matriarch visit their children in Tokyo, only to find themselves somewhat callously moved around, a nuisance to those occupied by busy work schedules.” Source: The Film Stage

“Career Views” by The Dissolve staff 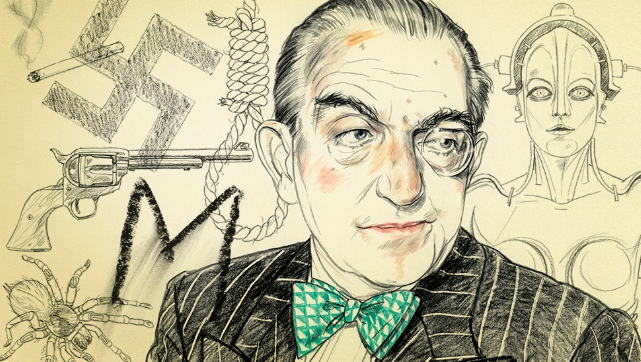 “Unlike many of the major auteurs of the first half of the 20th century, Lang didn’t bury his motifs for critics to unearth decades later. He moved the camera and used lighting expressively, and employed overt visual symbolism even after he transitioned from silent films to sound. Over and over, Lang made movies about the madness of crowds, the indelible stain of guilt, the influence of the powerful, and yes, the way people look beneath their clothes—literally and metaphorically.” Source: The Dissolve 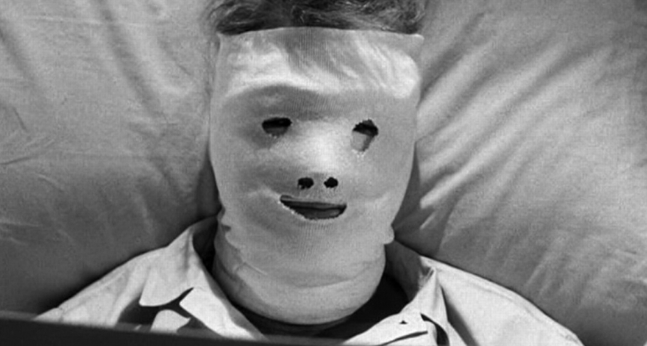 “Though it’s not concerned with global politics and warfare, Seconds is a blistering assessment of the cultural politics of the mid-1960s, equally bleak in its view of the establishment and the counterculture.” Source: Slate 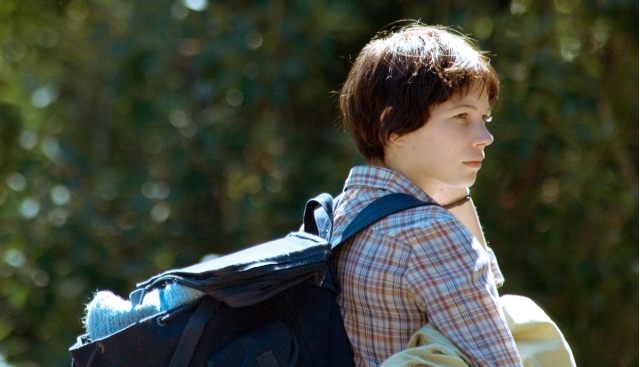 “As young, homeless women, both Mona and Wendy struggle to obtain basic necessities and they find themselves marginalized at the intersection of gender inequality and poverty. Varda’s Mona (Sandrine Bonnaire) has chosen to live as a vagrant while Reichardt’s titular character (played by Michelle Williams) longs for, and tries to find, a home.” Source: Cléo Journal

“Blown Out” by Calum Marsh 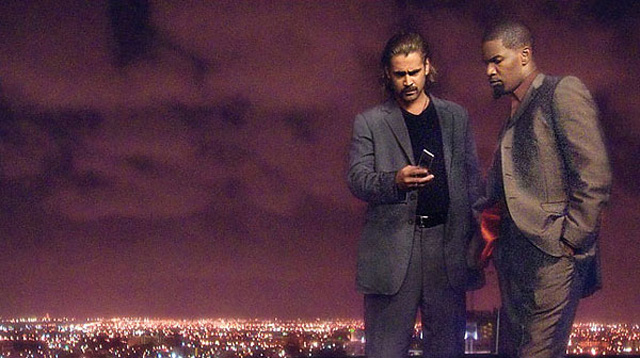 “Michael Mann’s 2006 film Miami Vice seems, to this critic’s eyes, the realization of that promise. A feature-length adaptation of the late-80s television series for which Mann served as executive producer and unofficial show-runner, Vice marks an important shift for Hollywood in the digital era for the way it actively engaged with the implications of a technological change most had simply taken for granted, and it does so by both wholly embracing its mode of production and reflecting the consequences of doing so.” Source: Reverse Shot

“Anyway, this was a lot of fun to cut together. While I don’t expect that you’ll agree with all of my choices (given that this is a ranked list of 25 films, it would be really strange if you did), I hope you enjoy watching this all the same. Thanks so much, and stay tuned to the end for a list of the music used and the 2013 films in which the songs appeared.” Source: Film.com 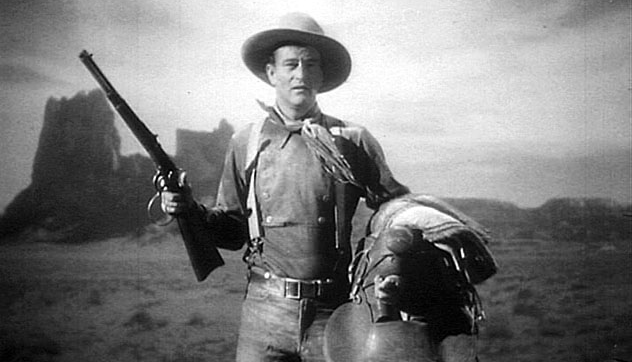 “The idea of the American West was always more a matter of solitude and space and the balance between individualism and community than a matter of conquest. Along with the city as theater of life in the Thirties or bourgeois existence as genteel prison in the Fifties, the idea belonged to no director or writer, and the culture breathed it long before the movies began.” Source: Film Comment

“Does Sofia Coppola Have a Problem With Privilege, or Do Her Critics?” by Sam Adams 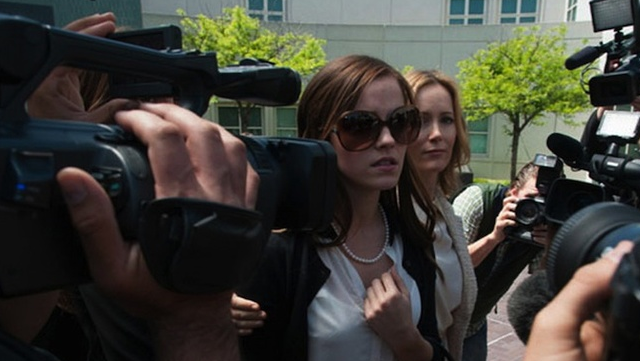 “Throughout her career, Coppola has been dogged by references to her privileged upbringing, and a recurring tendency to conflate the director and her protagonists.” Source: IndieWire

“After Earth” by Angelo Muredda 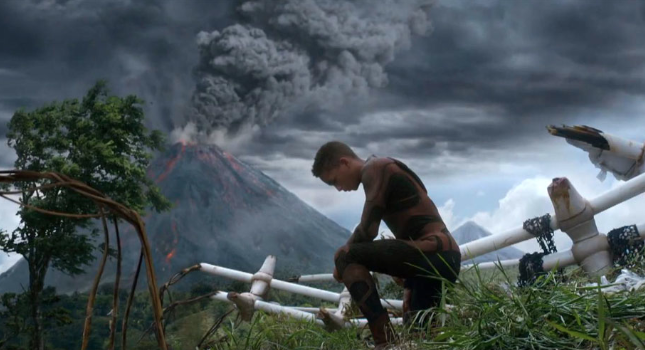 “Grandiloquent nonsense aside, Shyamalan’s storytelling tropes are so pronounced that he is ripe for the kind of retrospective appreciation the so-called vulgar auteurists have brought to filmmakers like John McTiernan. Here again is an aloof father re-enchanted with his children following a life-threatening crisis. Here again, too, is a forced entry into a home, by a creature with a phallic pincer in place of Donnie Wahlberg’s firearm.” Source: Film Freak Central

“Pretending That Life Has No Meaning: Paul Schrader’s The Canyons” by Phil Coldiron 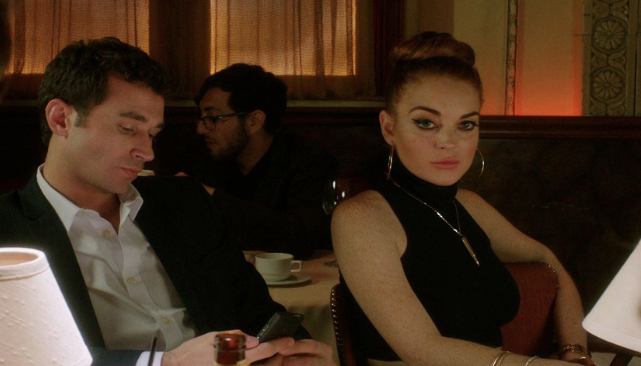 “It starts with a look. And then another, and another, and before you know it 90 minutes have gone by in a rush of looks, because that’s all anyone does in Los Angeles—they look. The fact of it is that most of this looking is at the back of someone else’s car in traffic, but you can’t make much of a movie out of that, so director Paul Schrader and writer Bret Easton Ellis have opted for the second most common option: looking at objects of desire.” Source: Cinema Scope. 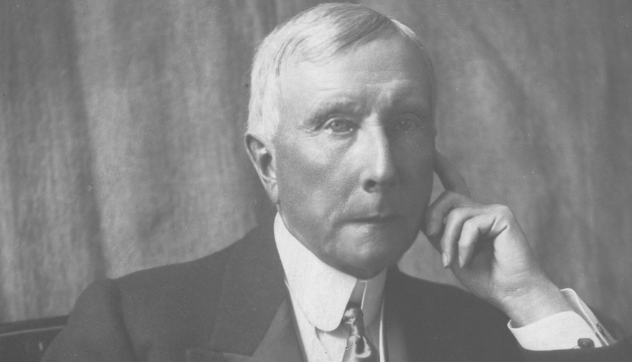 “The author’s main concern in this piece seems to be, “I only have time with work/family to see one movie this week, and I want a perfectly reliable bellwether of my own taste so that I don’t waste money going to see a movie I don’t like.” And on its surface, that concern is perfectly valid. Movies cost a lot of money, and paying to see shitty ones sucks.” Source: Movies by Bowes