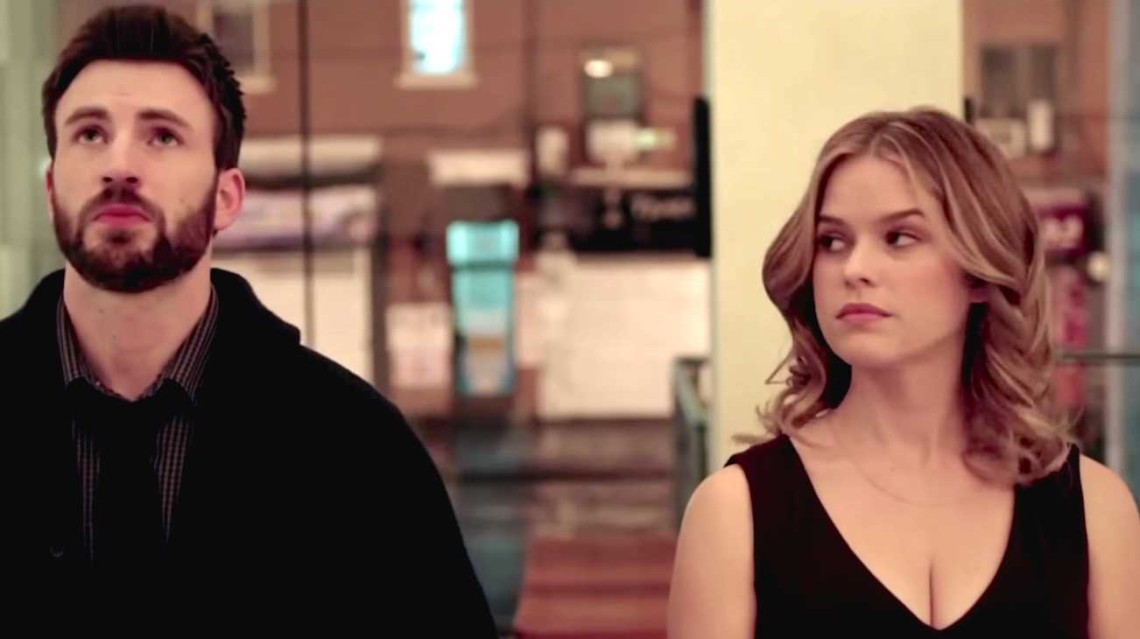 “Before We Go” Is A Charming Film With A Big Heart

A few months ago, while Ultron’s short-lived Age was dominating the box office, Chris Evans also appeared in a little-seen romantic comedy called Playing It Cool. Scripted by Chris Shafer and Paul Vickair, the smart-alecky exercise spent so much time trying to smugly deconstruct rom-com tropes that it smothered their leading man’s considerable charm. Turns out Chris Evans isn’t built for irony. Indeed, what makes his Captain America the most appealing of Earth’s mightiest heroes is the star’s foursquare sincerity — it’s a wonderfully direct performance, unadorned by any self-protecting tricks you’d see from a less secure young actor. Amid all the Marvel wise-cracking and CGI noise, his confident decency is the most special effect.

Evans’ directorial debut, Before We Go, is another Shafer and Vicknair screenplay (Jen Smolka and human script factory Ron Bass also share writing credits) but this one is blessedly absent Playing It Cool’s obnoxious snark. The film is very much what you would expect from a movie directed by Captain America. It’s old-fashioned, a little corny, and almost impossible to resist.

Evans stars as Nick, a jazz trumpeter we first meet busking for spare change in the wee hours at Grand Central Station. Packing up for the night, he spies Brooke (Alice Eve) frantically trying to catch the last train to Boston – which of course she misses and so she finds herself stranded in New York City until morning. Brooke’s purse was stolen and her cell phone is busted, so chivalrous Nick attempts to offer some assistance, at least as far as his meager means will allow.

There’s an instant, fizzy chemistry between the leads, with Brooke quite understandably distrustful of this hunky Good Samaritan who’s strapped for cash and comically unaware that his credit cards have expired. She seemingly can’t help but insult him with every utterance, verbal abuse that he’s quite happy to take, and not just because she looks like Alice Eve. Turns out Nick’s a visitor to New York himself, and at the moment is supposed to be attending an old friend’s wedding downtown. But he chickened out upon discovering that the guest list includes an ex-girlfriend who walked out on him six years ago. Nick’s in a self-pitying mood and will happily do anything to avoid making an appearance at the reception, so why not come to the aid of a damsel in distress?

Before We Go’s early scenes labor a bit around the contrivances required to keep these two stuck together. There’s some unfortunate slapstick involving his attempts to recover her purse from a local fence, but eventually the movie finds its groove by just hanging back and letting the characters talk. Owing a lot more to Before Sunrise than just the first word of the title, the majority of the movie is just Nick and Brooke strolling the streets of Manhattan late at night, commiserating in their mutual sad sack status.

It gets better as it goes along. The screenplay is at first unnecessarily coy with regards to Brooke’s circumstances and why it’s so imperative that she get back to Boston before her husband returns home from a business trip in the morning. But once all the cards are finally on the table, both performers excel with some knotty emotional material. Of course there’s a romantic attraction – just look at these two! – but it’s a wise enough picture to understand that may not be the right answer for either of them right now.

There’s a palpable sense of relief in Evans’ performance, acting against a person instead of a green-screen for a change. There’s nothing showy about his direction, but he’s got a commendable interest in allowing his actors to strut their stuff without getting in the way. For those of us who only know Alice Eve as the woman who had to take her clothes off for no reason in that godawful Star Trek movie, this is a welcome re-introduction. She’s got a flinty edge that plays nicely against her co-star’s last boy scout persona.

Before We Go isn’t a great movie nor even a particularly memorable one. But it’s got a big heart and the human-scaled charms are very real. The bottom line is that I liked spending time with these people. You probably will, too.