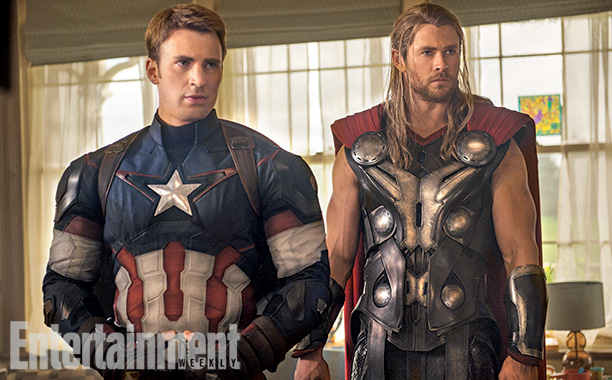 Comic-con doesn’t start for another week or so, but Entertainment Weekly has a first look at photos from Joss Whedon’s upcoming Marvel team-up Avengers: Age of Ultron. Fans of the Avengers comics know that Hank Pym created Ultron, but with Ant-man not getting into the Marvel Cinematic Universe, the malevolent robot will be made by Tony Stark (Robert Downey Jr.).

You will also notice that since a team of Earth’s Mightiest Heroes would easily take one robot, Ultron has spawned multiple clones of himself to make things interesting. EW has uploaded several new images; a look at the Avengers in their new digs, Captain America’s new suit, Tony and Bruce in a lab, and twins Quicksilver (Aaron Taylor-Johnson) and Scarlet Witch (Elizabeth Olsen) in costume for those who missed them in the stinger from Captain America: The Winter Soldier. Also below is a synopsis provided by Whedon about what we can expect from the blockbuster sequel. 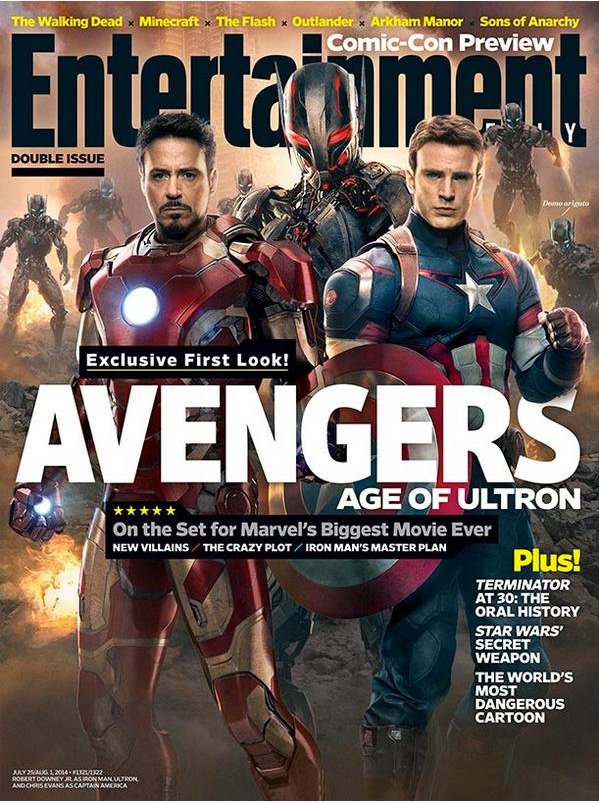 For better or worse (trust us, it’s worse), Tony Stark has devised a plan that won’t require him to put on the Iron Man suit anymore, and should allow Captain America, Thor, Black Widow, Hawkeye, and the Hulk to get some much needed R&R as well. His solution is Ultron, self-aware, self-teaching, artificial intelligence designed to help assess threats, and direct Stark’s Iron Legion of drones to battle evildoers instead. The only problem? Ultron (played by James Spader through performance-capture technology) lacks the human touch, and his superior intellect quickly determines that life on Earth would go a lot smoother if he just got rid of Public Enemy No. 1: Human beings. “Ultron sees the big picture and he goes, ‘Okay, we need radical change, which will be violent and appalling, in order to make everything better’; he’s not just going ‘Muhaha, soon I’ll rule!’” Whedon says, rubbing his hands together.