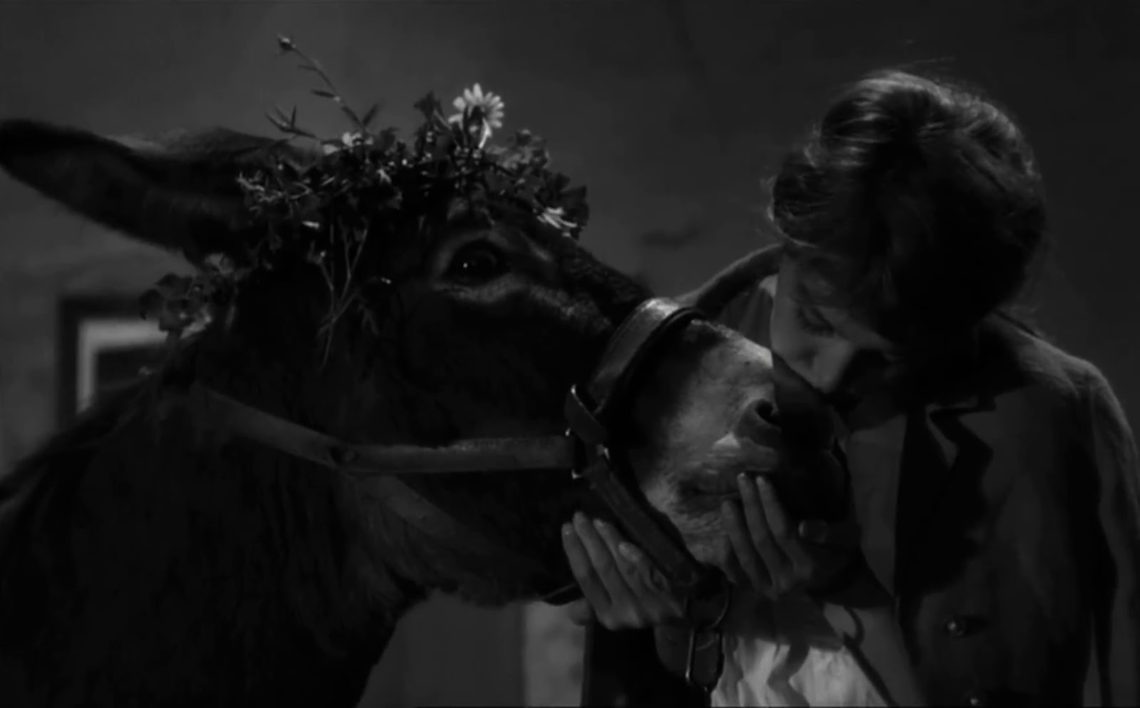 Jaime Christley looks back at Bresson's minimalist masterpiece on its 50th anniversary.

Historically, reviews and essays on the films of Robert Bresson often traffic in phrases suggestive of devotional aspects of religion, intimating its attendant self-denial, hushed reverence, and all-around stoicism. The same often holds true of arthouse cinema in general, suggesting that descriptive language coming up short may point the way to understanding why many people feel shut out of an imagined stone tower called High Art, as equally as they may feel excluded from institutions of faith.

I don’t consider myself religious, but I have experienced the elevating power of great cinema often enough at least to understand – if only hypothetically – the notion that faith provides a high degree of comfort and nourishment that has nothing to do with gaining admission to a selective club or clique, and a great deal to do with a small, quiet conversation between one’s innermost self and an external design, briefly accessed. Because this phenomenon is personal and very much “one’s own thing”, it’s the opposite of exclusion, and “epiphany” is not too strong a word for the realization that art can open such windows.

Apart from a lot of the other qualities that are often ascribed to Bresson’s work – among the most common: rigorous, acetic, forbidding, minimalist – it’s all too rare that writers will fail to convey the compelling energy of films that are each of those things, and, simultaneously, aren’t any of them. Bresson’s complex technique is best described as elusive, like the optical illusion that cannot be seen if you stare at it directly; what he seems to be doing in one moment will dissolve in the next. What’s established in a film like Au Hasard Balthazar is a teeter-totter rhythm, an oscillation between the film you’re watching and another taking place over your shoulder, sliding into view with a lithe camera movement, or a cut that elides the passage of time. In short, what often comes across in reviews as stiff, boring art movies are exactly the opposite: not empty but teeming, not cold but visceral, not dry but saturated. To turn oneself on to Bresson is to ruin oneself for most other movies, as you begin to wonder why so few of them are like Au Hasard Balthazar or Pickpocket really present, breathing, thinking. I’d call that a bargain.

So when I say that Au Hasard Balthazar is a movie about a donkey, and isn’t a movie about a donkey, the contradiction ought to be acceptable on the basis that Bresson nimbly manages to have it both ways, with camera and editing strategies that make his intentions clear even before the opening credits are over. Famously, the intricate structure of Schubert’s Piano Sonata No. 20 is interrupted by the piercing bray of an unseen donkey, setting a pattern of duality that will remain a dynamic constant for the entirety of the film. Without agency of his own, Balthazar will occupy such roles as main protagonist, mute witness incapable of judgment, bystander, and prop. He will be the film’s only focus in one moment, and reduced to a footnote in the next. The title suggests the animal is borne on a strange wind that will not be clearly characterized as probabilistic, fatalistic, or chaotic, but along the path he’s anchored now and then by human keepers of varying degrees of kindness and cruelty.

Only one human companion mirrors the “leaf on the wind” Balthazar, and that’s Marie (Anne Wiazemsky), brutalized for her kindness and frailty, just as Balthazar is brutalized merely for his existence as a pack animal and, ultimately, for being at the wrong place at the wrong time. But the film illustrates, perhaps too decisively at times, that base cruelty is borne of human desire, coupled with selfish calculation, while innocence is found only in animal mindlessness and sense memory, of the kind that leads Balthazar to wander pitiably back to the place where he was once baptized and treated as a thing of beauty by children, and could be again.

There stands another side to Au Hasard Balthazar, in stark contrast to the beatific radiance of the martyrs Marie and the blameless donkey, and that’s Gerard (François Lafarge), another in a long line of young men in Bresson’s filmography, blessed with heightened charisma but invariably representing the director’s impulse to corrupt, betray, and destroy, motivated sometimes by greed, wrath, or lust, but just as likely to be driven by the irrational, the desire to obliterate light and sense. Gerard might wear the villain tag well enough if Bresson didn’t take such care to balance the scales, presenting the impulse to annihilate as a component of the universe no less integral than any other. After all, if his final film, L’Argent, may serve as a last testament, it’s that the logic of fate and happenstance may produce a void to engulf us all. Just like the false bank notes in Bresson’s final film, Balthazar remains out of sight for long stretches of his own film, only to return and take center stage. The lines that divide his numerous roles are made purposefully vague by the boiling sea of Bresson’s intricate editing strategy, so that, for example, when we consider him as labor, or capital, or an expendable resource, we aren’t far off from considering him as ourselves, as everything, and as nothing.