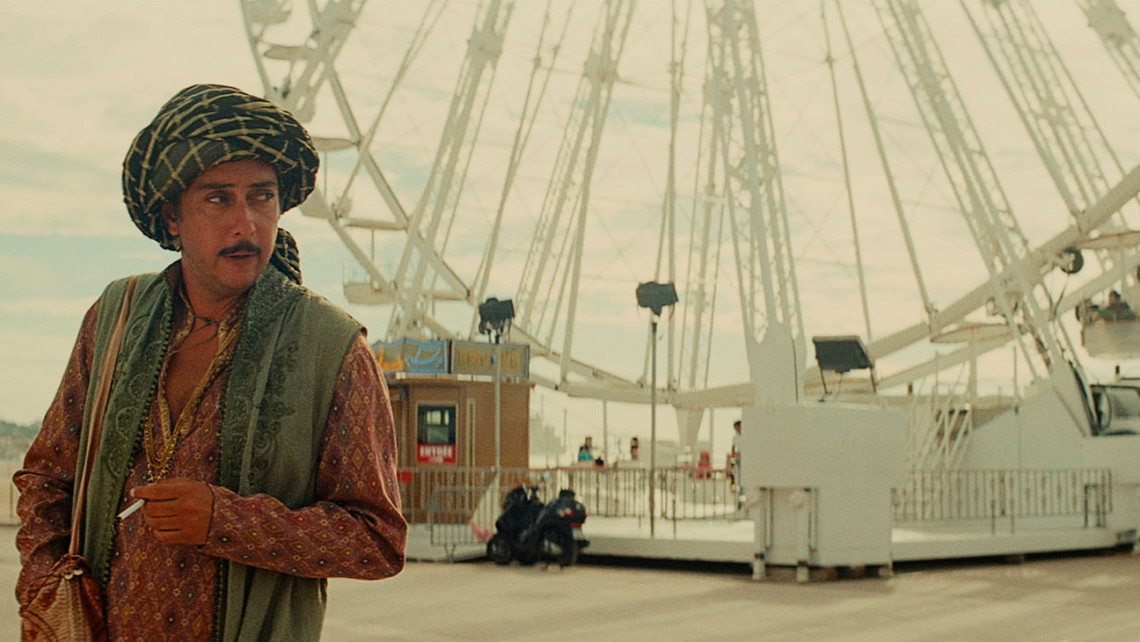 The first two volumes of Miguel Gomes’s latest film, Arabian Nights, explore the crippling effects of economic mismanagement in Portugal, ostensibly through the magical lens of Princess Scheherazade, who narrates the tales to her husband, King Shahryar. The themes that Gomes is exploring in both volumes are similar—the causes of the financial meltdown as well as the human and emotional toll it has taken on Portuguese people—but stylistically, the volumes are drastically different. The omnibus films thus far have treated the audience to a medley of genres and tones, from an observational documentary about decaying shipyards in Viana do Castelo to the absurdist setting of a courthouse in the “Tears of the Judge” chapter. The third volume is comprised of fewer segments, but further expands the spectrum of Gomes’ experiment.

The Enchanted One begins with what appears to be the most faithful adaptation of the Middle Eastern folkloric tale that lends the film its title. Scheherazade (Crista Alfaiate) imagines escaping the grip of her husband to explore the sun-soaked sceneries of Baghdad and the world beyond. In a moment that encapsulates Gomes’ consistently exceptional use of pop music, an image of Scheherazade’s tearful face, as she ponders the places she’ll never live to see, cuts to images from the serene depths of the ocean, to the tune of Glenn Miller’s rendition of “Perfidia.” Music plays an even more prominent role in this opening chapter than the rest of the film; one particularly memorable sequence superimposes the lives of Bohemian Persian nomads with a black and white video of a Bahian rock band.

Scheherazade’s sorrowful rumination on her life mirrors the hopelessness of European youth today. The wistful, romantic mood of this chapter doesn’t quite prepare the audience for the remainder of the film: an 80-minute documentary about bird-trapping that, juxtaposed with the non-fiction opening of Vol. 1, neatly bookends the film. “The Inebriating Chorus of the Chaffinches” tells the story of bird-song specialists, men who train chaffinches to sing in competitions held in a suburb of Lisbon, near the southern coast of Portugal. The contests are socially and historically significant, and date back to the post-WWI era, when the country was recovering from another period of decline.

This finale is a remarkably quiet way to close off what has thus far been a rollercoaster of stories and emotions, though Gomes’s penchant for formal and narrative experimentation is still evident. There are elements of self-referentiality that connects this episode to the previous volumes—Chapas, one of the leading bird song specialists, turns out to be the man who played the role of Simao without Bowels in The Desolate One—and his exceptional use of music culminates in the film’s bravura ending, set to the tune of The Langley School Project’s “Calling Occupants of Interplanetary Craft.”

Yet, the closing chapter imposes tremendous emotional weight on the audience precisely because it is somber and, on the surface, unassuming. The plight of his countrymen is profoundly felt by Gomes, and he is aware of his obligation to bring their pain to light. Consequently, this three-part epic is as much about the enduring tragedy of Portugal’s decline as it is about Gomes’ struggle to tell this necessary but inherently unglamorous story. Arabian Nights is a work of grand ambition, a film that is at once heartbreaking and confrontational, transcendent but grounded in the mundane realities of living with poverty. Gomes has made what will quite possibly be regarded as the definitive film about the global economic crisis.

One thought on ““Arabian Nights, Vol. 3” Caps A Work of Grand Ambition”