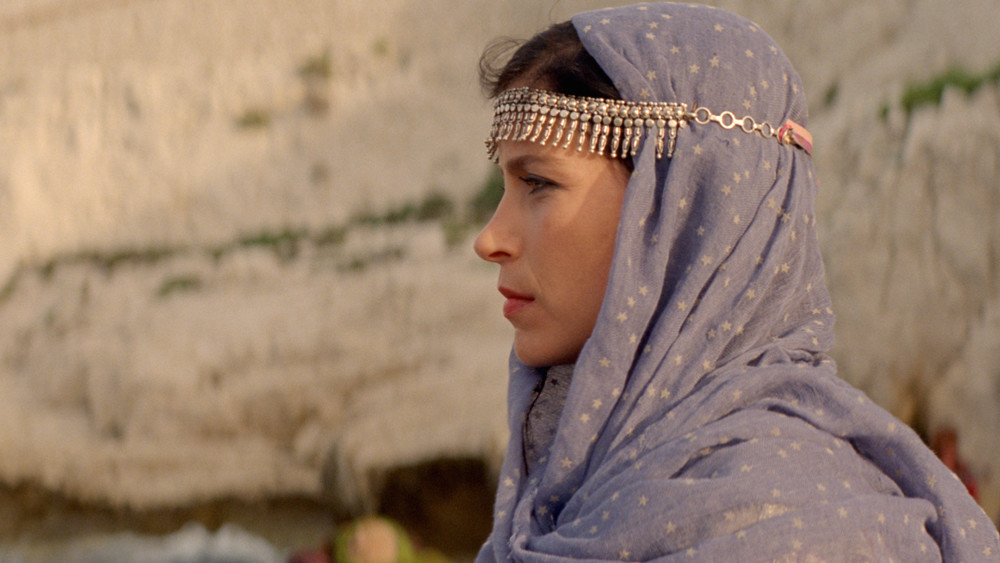 The first volume of Miguel Gomes’s sprawling epic, Arabian Nights, has the unenviable task of bringing the audience on board with the filmmaker’s wild vision and convince them to remain on board for another four hours. Establishing his perspective alongside Princess Scheherazade’s–the storyteller within the story–the episodes contained in the first volume vary significantly in tone, mode, and genre. In comparison, the second volume, The Desolate One, is relatively straightforward. Consisting only of three episodes, the middle film continues Gomes’s critique of Portugal’s economic policies and his study of the social and moral implications of poverty.

In “The Chronicle of the Escape of Simao Without Bowels,” the titular protagonist is an old, hardened criminal on the run from the police. Having murdered his wife and two kids, the man—who is given the nickname because of his lean physique—wanders in rural pastures as he evades arrest, but when he eventually succumbs to authorities, the villagers gather to applaud him as a hero. The acerbic humor of this chapter is pointed, damning at once of the failures of Portugal’s judicial and police systems, and of the state’s lack of popularity among the Portuguese people. Monsters aren’t just forgiven; they’re idolized if they stand up to the government.

The second chapter is thematically similar, if drastically different in tone. The setting of “Tears of the Judge” is an outdoor courthouse, in which a small crime—theft of household items by a tenant—is being adjudicated. The hilariously convoluted plot moves around the courtroom and incriminates everyone present as the maze created by the theft and its background gets increasingly complex. Gomes’s finger is pointed at the deep-rooted corruption and the needlessly complex bureaucracy of his country. The austerity measures imposed on the Portuguese by greedy politicians and foreign investors are blatantly, though with tongue firmly in cheek, incriminated; and further yet, the broad scope of this absurdist chapter allows the filmmaker to poke fun at entrenched sexism and racism within Portuguese society.

The third chapter ends the film in stark contrast with the previous two. In “The Owners of Dixie,” Gomes enters an apartment complex where the inhabitants are suffering from the effects of the financial crisis. Structured as several small vignettes about different residents in the building, our perspective is mostly that of a poodle named Dixie, at first owned by an elderly couple, then passed around to new owners who turn to another woman for help with the animal. In the process, these working-class characters open up with their heartbreaking stories.

This finale is similar in tone to the second chapter of Gomes’s previous film, Tabu. It’s tinged with a bitter sense of nostalgia for better times gone by, when the neighbours would gather for New Year parties, and Brazilian nudists would camp on the rooftop of the building. The longing voice of the narrator and Gomes’s romanticist touch paint a wistful, heartbreaking picture of the sorrow that has taken root in the community. Aided by Sayombhu Mukdeeprom’s tactile photography and the director’s unparalleled knack for using pop tracks effectively, “The Owners of Dixie” contains the most heartfelt and emotionally resonant moments in the Arabian Nights epic, a majestic chapter that highlights the director’s humanist sensibilities.

One thought on ““Arabian Nights, Vol. 2” Is Comparatively Straightforward”