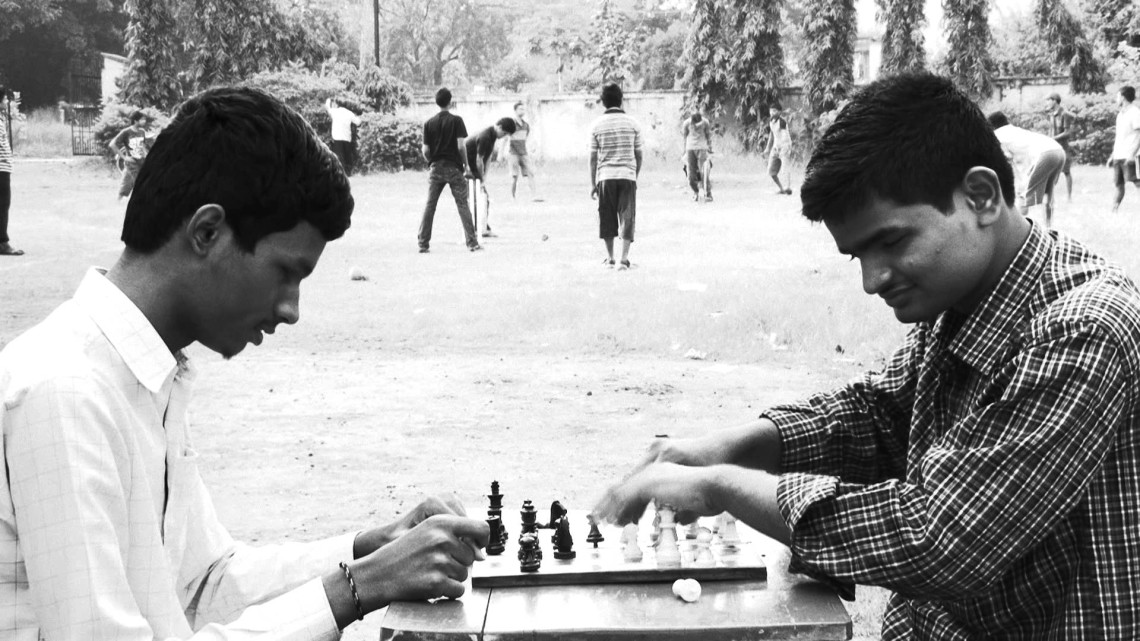 As the old saying goes, if you’ve seen one black-and-white documentary about young, blind Indian chess players, you’ve seen them all In truth, the new film Algorithms starts with this singular conceptual hook, but is unable to expand upon it appropriately. Parts of the film recall various underdog sports movies–there may be few people more qualified to be considered underdogs in any kind of gaming environment–and parts simply document the various challenges in growing up with limited or no sight, or in raising children with the affliction. Unfortunately, while these disparate parts are compelling on a surface level, Algorithms is unable to cohere into a decent, coherent, and consistently paced whole.

Director Ian McDonald follows three young players over three years: the fully blind Darpan and Anant, and the partially sighted SaiKrishna. (The rules of blind chess championships in India allow anyone with partial blindness to participate, as well as those who are wholly blind.) Guided by worried parents and a mentor of sorts in Charudatta Jadhav, who desperately wants blind players like these young men to be thought of as the best in the game, sighted or not, the boys try to take the top spot in various national and worldwide championships.

Even at a lean 96 minutes, Algorithms feels oddly formless and disjointed. McDonald doesn’t choose to document a year in the life of these young men–which might seem logical. Instead, he bounces back and forth between Darpan and SaiKrishna, especially, from 2009 to 2011. (Anant–whose parents, more than the other adults depicted here, are very concerned about him spending more time than they feel appropriate on chess playing–all but vanishes halfway through.) By the closing scenes, it’s clear that the true protagonist, the one whose determination and drive is perhaps more compelling than that of the children, is Charudatta. He, like the movie itself, flits between young players, introducing himself and sizing them up to see if they’ve got the talent to make blind chess-playing more than a curiosity. Though he can empathize with them, having been a junior blind chess-player as a younger man, it seems obvious that Charudatta cares less about players like Darpan or SaiKrishna–the latter of whom doesn’t even want to be called blind, fearing the inevitable–as people, and more as avenues to renown for the game itself.

This perception is Algorithms at its most complex. The game of chess, we hear near the end of the film, allows all players to be equal. Watching Charudatta, who looms larger and larger as the film progresses, it’s hard not to imagine him seeing these young men as having no humanity, just potential vessels for his highfalutin hopes and dreams. On one hand, the final third of Algorithms becomes somewhat darker because of this, but the inconsistent use of title cards to contextualize sequences–we’re told multiple times that one or another of the boys is “struggling,” but not what comes of them afterwards–as well as the generally slapdash feeling engendered throughout causes the film to remain too static and flat, too uninvolving and uninterested in its subjects as people.