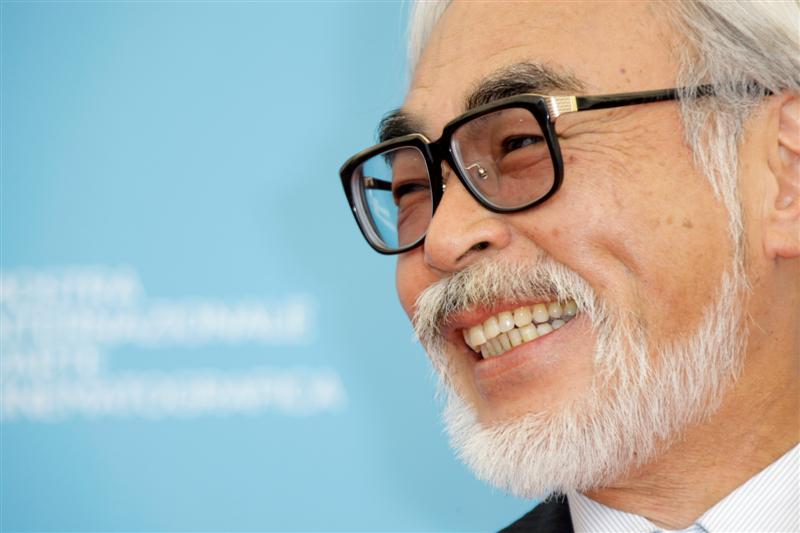 A Familiar Story: Hayao Miyazaki May Not Be Retiring

Correction: upon further examination of the radio interview with Miyazaki, it would appear that his remarks are more suggestive than declarative. At this time we can’t accurately or confidently claim that he’s not retiring.

A funny thing happened on New Year’s Eve. Hayao Miyazaki announced on a Japanese radio show that he is, in fact, not retiring after all. This would be shocking, relieving news to all us American fans of the animated film director…except that this is the 7th time he’s recanted on his promises to retire.

You’d think non-Japanese viewers would have been wiser to expect this sort of thing from Miyazaki, but we somehow got caught up in the hype that his latest film, The Wind Rises, was meant to be his last, and it’s easy to see why. For the critics who actually saw it, it felt very much like a “final movie”, if you can so easily define that. It was a film that ostensibly looked back at his long career of making art, and both the sacrifices and the joys that came with it. It was a film of rumination, and you could sense that, even if he ended up not really meaning it, that there was a weariness, exhaustion, and finality to his otherwise passionate and vibrant work. It’s also worth noting that American distributor Touchstone Pictures marketed the film as “the Farewell Masterpiece” in the official US trailer.

The only other (non-Japanese) critic I know of who somewhat expected this to happen was our very own Dan Schindel in his somewhat negative review from the AFI Festival, and even he got it wrong by stating this was only the third time he claimed to retire. I’m surprised by how little fanfare this story has gotten here in the States.

Looking for sources, the only sites that were really reporting were Japanese and anime news sources who were largely ambivalent to Miyazaki’s “traditional marketing stunt”. In a way, we should be glad that Miyazaki isn’t retiring, because it means we get more potentially great films from the master of Japanese animation (and even his lesser work is better and more visually interesting than anyone else’s).

But after the impact that The Wind Rises‘s claim as the “Farewell Masterpiece” had on western critics and audiences, maybe it would be better for Miyazaki if he made his eventual actual retirement an unofficial one, lest a “boy who cried wolf” incident happen when he actually decides to fulfill his promise. No need for huge announcements. Just don’t make a movie if you don’t have it in you, make one if you actually see a spark in an idea, just take your time even if it means a Malick-esque two decade absence. Yeah, that’s probably not likely considering his age, but hey, the man has earned it.

2 thoughts on “A Familiar Story: Hayao Miyazaki May Not Be Retiring”