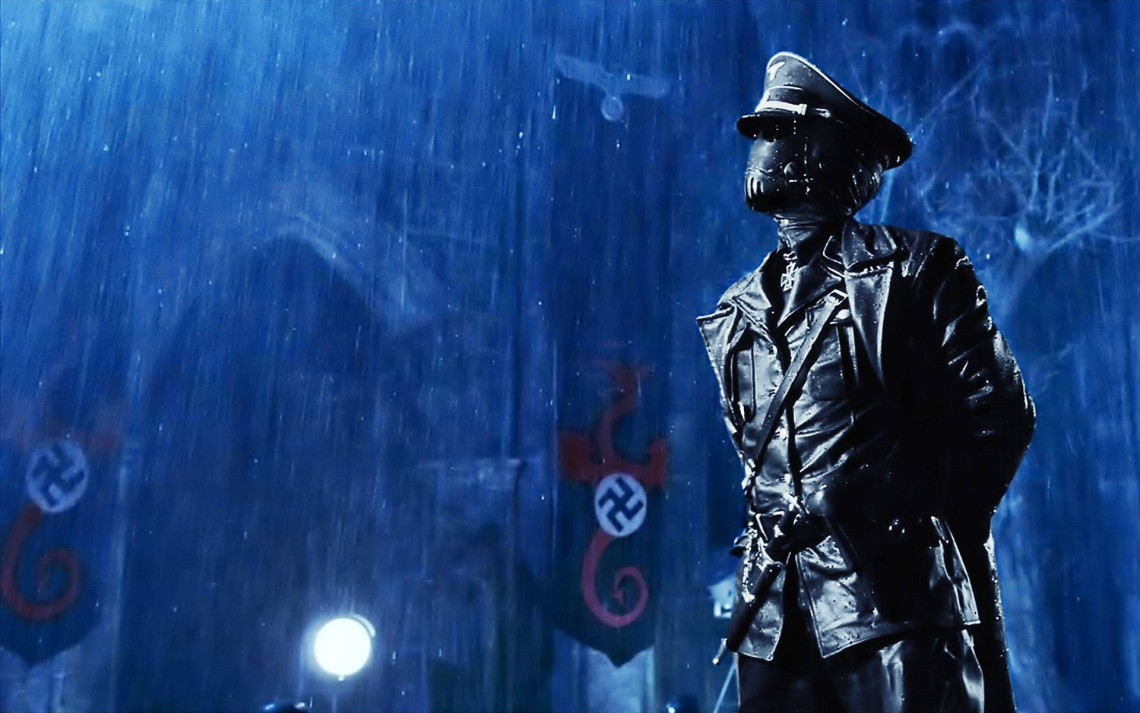 7 Movies With the Exact Same Villain

Sometime around 2003, movies hit critical mass for a particular kind of adversary.  Beyond a few simple shared traits, and even a reasonable number of examples, a mold began to emerge of extreme specificity of onscreen villainy.  Far from revealing some screenwriting cipher, the wide range of these similarities across time periods and genres reveals something of the self-directing processes of film writing itself.

In the hierarchy of movie villainy, a fist is never as good as a knife, and a knife is never as good as two knives duct taped to the ends of a broom handle. Which is why the first lesson in Villain Writing School must be Concepts of Ambidexterity. Easily the most redeeming element of the spiritually bereft Star Wars prequels, Darth Maul’s iconic double lightsaber may have been a quick way to sell toys. But it also became the most enduring example of a “double the danger’ approach to villain creation, in which impractical weaponry became shorthand for “threatening”. But Darth Maul has more in common with his villainous peers than paraphernalia.

Writing good dialogue is hard. It’s like trying to roll a suitcase across a gravel parking lot while one of your contact lenses is falling out. And that’s not even when the main criteria for your villain is the ability to perform a majorette routine while jumping on a trampoline. Like Darth Maul before her, X2’s multi clawed Lady Deathstrike seems designed to visually one up her film’s hero. Unlike the original comic book character, Kelly Hu is made to emulate other taciturn villains in being entirely mute. And while Maul’s lack of dialog could be attributed to casting process prioritizing stunt work over acting ability, Hu’s long acting resume indicates another bit of screenwriting shorthand. Especially in films as crowded with character and exposition as X2, silence is used as a direct route towards assumed presence, compensated for with extreme feats of gymnastic prowess. 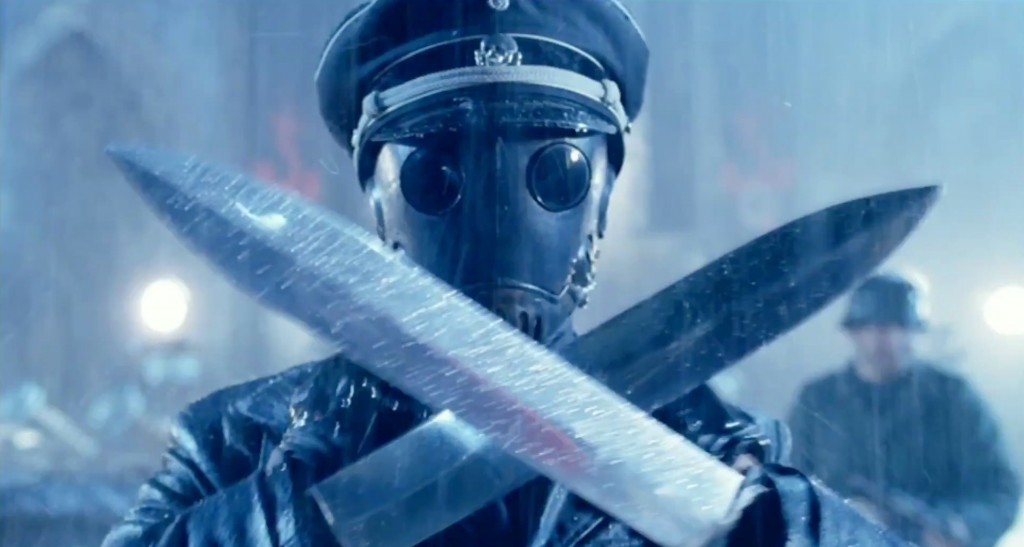 Hellboy establishes its undead lackey Kroenen by having him effortlessly deflect bullets with a pair of what the script must have referred to as “knifey arm thingies”. Just like Maul and Deathstrike before him, Kroenen’s role is purely visual, the character portrayed once again by a non-actor, this time stuntman and fight choreographer Ladislav Beran. Like his ambidextrous predecessors, Kroenen provides minimum story involvement, his henchmen role relegating him to the status of gopher to the films proper antagonists. But in addition to their similar tastes in weaponry and staying resolutely silent but deadly, these characters are also uniformly doomed. It is their shared tendency to take third act dirt naps that reveals yet another shared element of their creation. 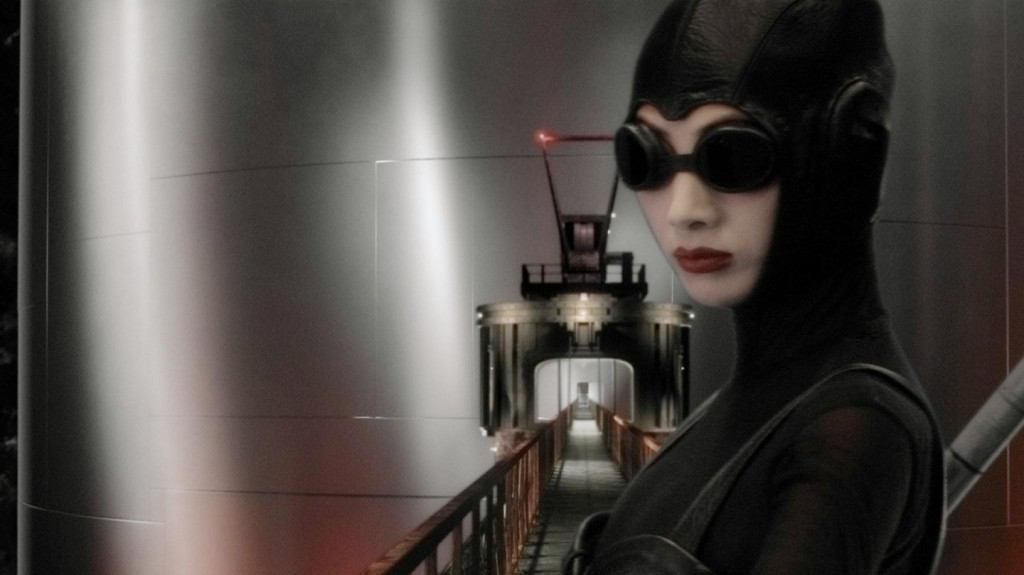 Not even significant enough to earn a real name, Sky Captain and the World of Tomorrow gave us “Mysterious Woman,” a tight lipped henchwoman who fights with an electrified, glowing stick. Appearing in the background in just a couple of scenes early in the film, “Mysterious Woman” reappears in a pre-climactic scene to menace the hero before being unceremoniously knocked off a balcony by Gwyneth Paltrow. But, just like with Kroenen’s fight with Hellboy or Wolverine’s fight with Lady Deathstrike, removing this scene would leave the plot mostly unchanged. These characters’ purpose is not to act towards the plot itself, or even serve unto their own desires, but to provide late game obstacles.  It would be generous to reference Joseph Campbell’s monomythic “threshold guardians”. But in many cases, especially with protagonists as broadly drawn as Sky Captain, the absence of character development leaves a vacuum in which success can only be achieved by knocking a mute, sociopathic acrobat into a pit. 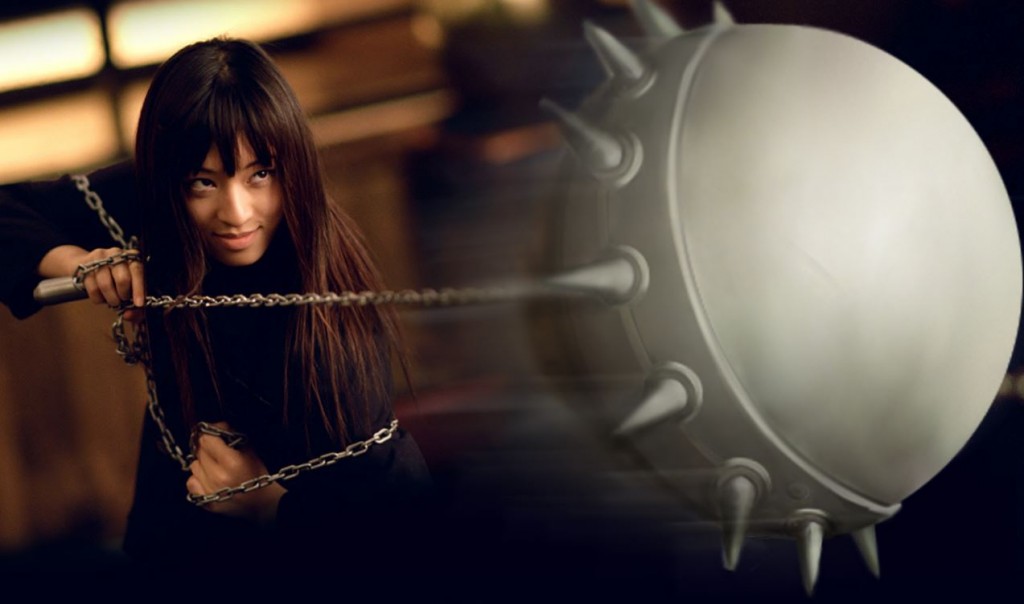 Even the most gifted, idiosyncratic of screen writers are still operating under the basic demands of structure. Which is a really nice way of explaining how Quentin Tarantino needed a pre climactic duel to test his heroine and decided to go with a school girl ninja with a metal ball on the end of a chain. Tarantino could probably provide some elaborate story about the time he saw Master of the Flying Guillotine in Redondo Beach in 1982, but the character of Go-Go Yubari retains many of the same elements as the other characters on this list. She might have a few more words to share, and her costume might be less monochromatic, but Go-Go’s doomed intervention in The Bride’s quest for revenge is just as extraneous to the plot.  She’s not even the first character of this type to use a chain. 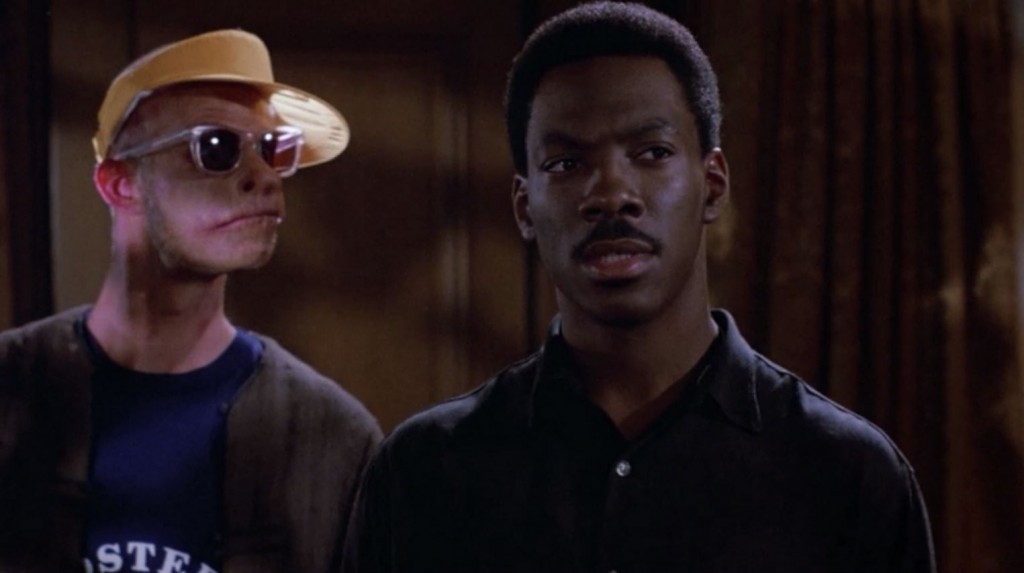 Maybe you’re a screenwriter and you’re writing this action comedy called The Golden Child.  And maybe you have to figure out how Eddie Murphy overcomes something something magical dagger something something. Luckily you’ve spent the whole movie developing a fish faced jumping bean henchmen named Fu, who specializes in two handed chain fighting and not talking. Then, on his way to the climactic boss fight with Charles Dance, Eddie Murphy can literally hoist Fu up by his own petard, leaving him strangled in his trademark chain. Fu fills in the doomed, athletic, silent henchmen boxes with an efficiency that would make tax auditors proud. If going back to the mid-eighties makes this trend in villainy seem long enduring, consider a film dating back to 1953. 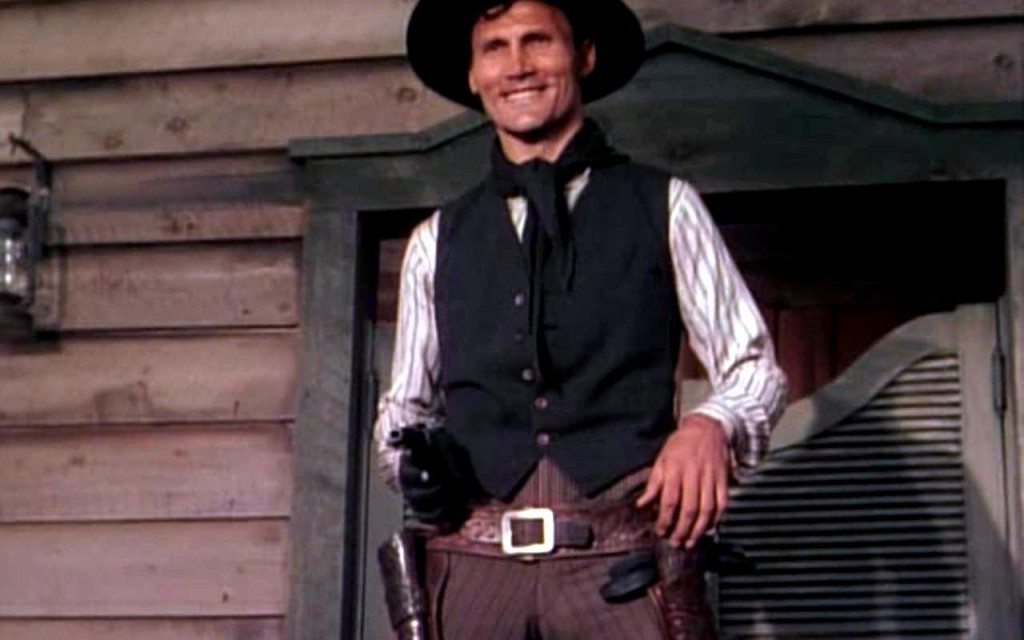 The main villain’s number one henchmen, Jack Wilson, lingers in the background through much of Shane. Clad in all black, with a pistol on each hip, this is Jack Palance’s first cinematic role. He would have to wait a little longer to test out his line reading ability, as Wilson delivers little dialog throughout the film. He meets a violent but unsurprising end in a shootout with Alan Ladd’s titular hero, fulfilling the ultimate fate of the many cinematic henchpeople to follow. The creative impulses of villain craft have run deep for a long time, and we could go on even further, from the mute twins in The Matrix: Reloaded to Tron Legacy’s Rinzler. And we haven’t even touched on Asian cinema. This isn’t to criticize these films for their relative sameness, simply to look at how repetition can signal unspoken current of creative necessity. There is an undeniable appeal to watching the hero defeat a laryngitic moonshoe enthusiast. After all, the opposite of these traits would produce some sort of loudly screaming unkillable rock. Or maybe just Yosemite Sam.