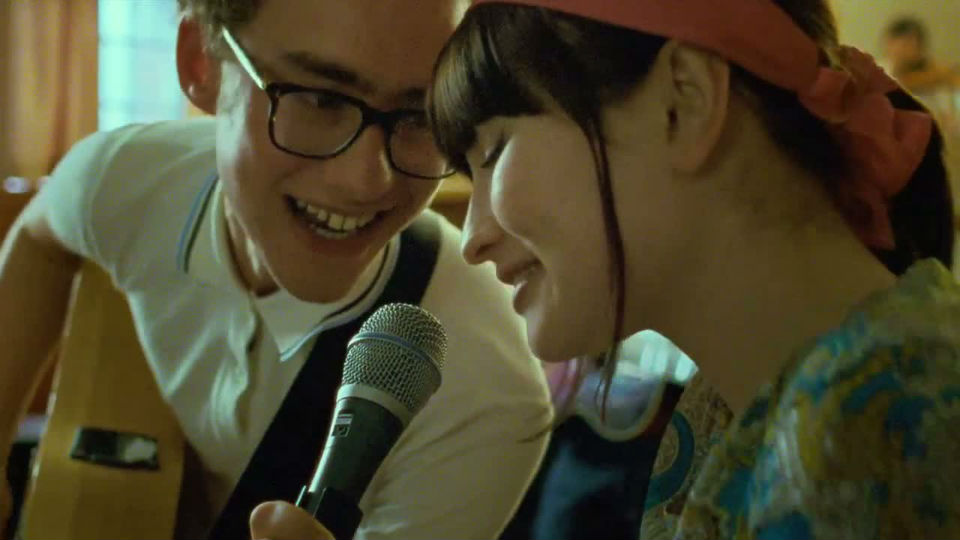 6 Passion Projects That Beat The Odds

Belle and Sebastian leader Stuart Murdoch wrote and directed God Help the Girl, an incredibly charming indie musical that has just hit theaters and VOD. This film was a passion project of his that had been in some state of development for at least ten years, as an idea that came to him while running, then an album released under the same name in 2009, and now the film. He and his producers had trouble casting and financing, but finally it all came together; his baby has been born, and the result is a delightful film that stands as one of the year’s best.

Many passion projects aren’t so lucky. The obsession can become so overwhelming that there’s no way for a clear vision to come through, or perhaps the film becomes so self-indulgent so as to be suffocating. The list of failed passion projects (or in these cases, maybe vanity projects is more appropriate) is long: George Lucas’ Red Tails, John Travolta’s Battlefield Earth, Vincent Gallo’s The Brown Bunny, that damn Zach Braff Kickstarter movie. We can only hope the best for Terry Gilliam’s The Man Who Killed Don Quixote…

But sometimes, as with God Help the Girl, the time and effort pays off. Here are six passion projects that managed to succeed by using vigor and earnestness, and not being engorged by ego. 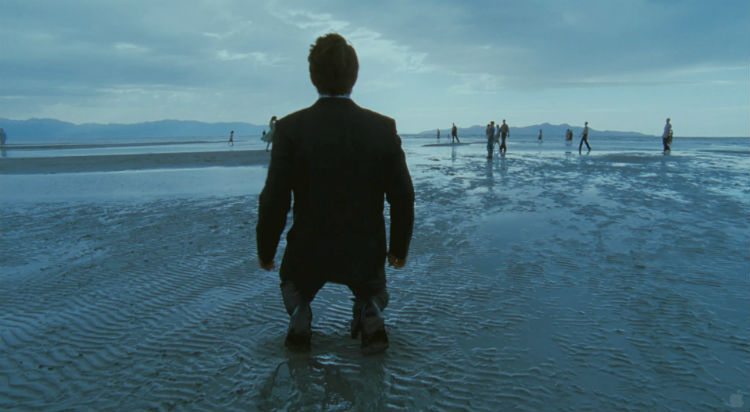 The story goes that Malick first had the idea for The Tree of Life decades ago, but its existence wasn’t acknowledged until 2005, when the project was announced. At some point, Heath Ledger, Mel Gibson and Colin Farrell were all attached to star, and Malick continuously had difficulties (mostly financial) getting the film made. But he was devoted, and (as ever) had no personal deadline to meet, only his mission to get the film made. A film about a family in 1950s Texas that would suddenly cut to the creation of the universe and life on Earth felt expansive on a narrative level and a career level, with some interpreting it as Malick’s quintessential masterpiece. It missed a late 2009 release date because it was unfinished, then was pulled by Malick from the 2010 Cannes Festival for the same reason. When it finally was released in 2011, it was met with almost universal praise (leading to a Palme d’Or and eventual Best Picture and Director nominations) and proved that Malick’s dedication paid off with one of the decade’s absolute best films so far. 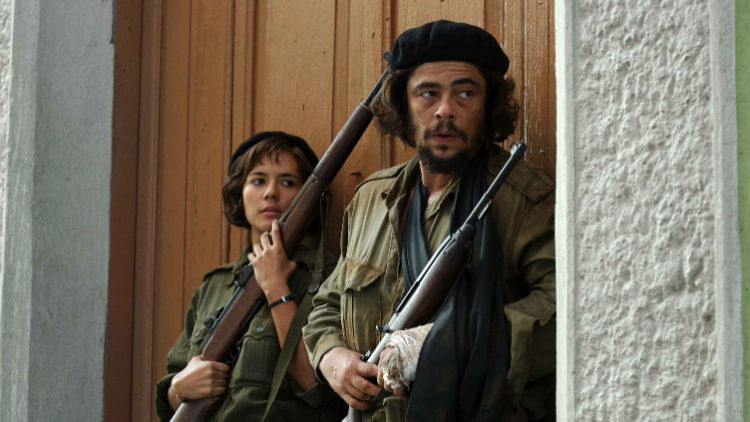 Passion projects aren’t always the dream of a film’s director. The four-hour slice of Che Guevara’s life was star Benicio Del Toro’s baby. He spent years pushing the film, putting gears into place, courting financiers, getting Soderbergh onboard the ambitious project, and working on developing his own performance as Guevara. The film has rather unfairly become known as the thing that drove Soderbergh to his “early retirement”, when the connection between the two events is not so clear-cut. Regardless, with Soderbergh and Del Toro fighting together, the behemoth film was split in two and is a testament to both Soderbergh’s power of direction (the observational, docu-approach of the camera works better than it has in any other war film) and Del Toro’s belief in the project.

Like Che, this is another example of a film belonging more to an actor than a director. Though Marc Forster came on to direct, it was Brad Pitt’s mission to get this thing made and into a hit. While not a great film, World War Z is massively entertaining and owes much of its success to the guidance of Pitt, who led the mess of a film into reshoots and relentless tinkering until it was finally ready. This is also just one example of Pitt throwing his massive weight around to get films he loves and finds to be important made and marketed to his satisfaction. This happened with his producing power behind Steve McQueen’s 12 Years a Slave, and with The Assassination of Jesse James by the Coward Robert Ford, which he fought to release as close to director Andrew Dominik’s dark and melancholic cut as possible after the studio demanded more action. 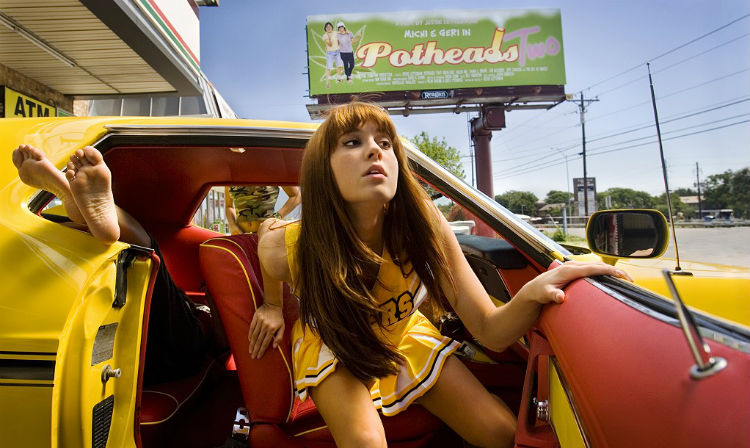 Tarantino is an extremely committed cinephile, and he used to love grindhouse screenings, where multiple exploitation B-movies would be shown. He eventually started to have screenings of these movies, but then, he and Rodriguez got the idea to make a double feature of their own, and the next few years revolved around putting together Planet Terror and Death Proof. Then the fake trailers and theatre announcements got included, and then “missing reels” to recreate a common phenomenon for old grindhouse screenings. Seemingly whatever idea floated into their heads became a reality, and as a result, the budget for Grindhouse ballooned to (reportedly) more than $100 million – definitely not following with the legacy set by grindhouse films, which were inherently low-budget. Luckily, though, the mess works for me, and it did for many others. While the duo’s over-thinking and over-indulging could have been a disaster, it mostly ends up capturing the vibe they were hoping for, which was their main concern, anyway.

This divisive sci-fi film is particularly notable for being the passion project of two different men: initially, Stanley Kubrick spent decades putting the film together with different writers, until ultimately handing the film off to Spielberg in 1995, in whose hands it continued to languish in development hell. Once Kubrick passed away in 1999, Spielberg seemed to have been kicked into gear to finally finish the film and realize Kubrick’s vision as best as he could (he didn’t stray far from Ian Watson’s original screenplay treatment, completed under Kubrick’s eye). Though some did not appreciate the film’s ambition or execution, Spielberg managed to finish Kubrick’s dream in undeniably capable fashion, especially in visual terms. 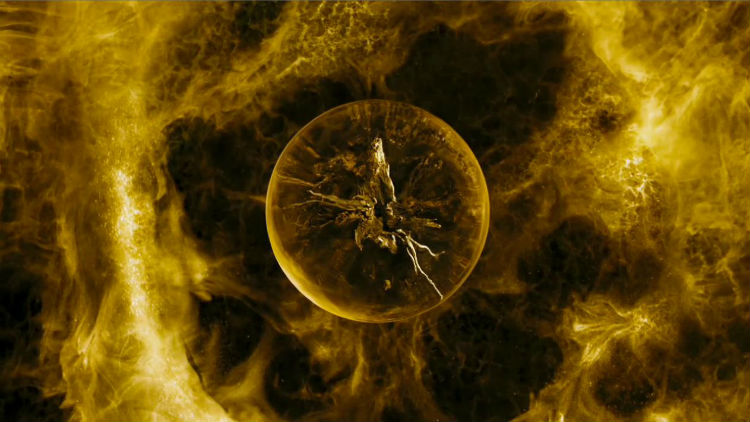 Darren Aronofsky is a guy who dreams big, and lives for the day when they come true. This year, his film Noah was released, a project he has been working on for years and years. Even though I was disappointed in it, I could only respect and admire his massive ambition and ability to capture what he hoped to get. Relatedly, he went through hell and back to get The Fountain made, through different lead actors and hugely different budgets. He first sought to make the film directly after Requiem for a Dream (2000), and after production on that version was shut down, Aronofsky (after straying away but feeling unfulfilled) worked to rewrite and cut everything down to a level where he could still tell the story he wanted to tell, with a realistic budget. Lucky for us, because The Fountain is a gorgeous and thematically rich work that is truly one-of-a-kind, as the best passion projects typically are.