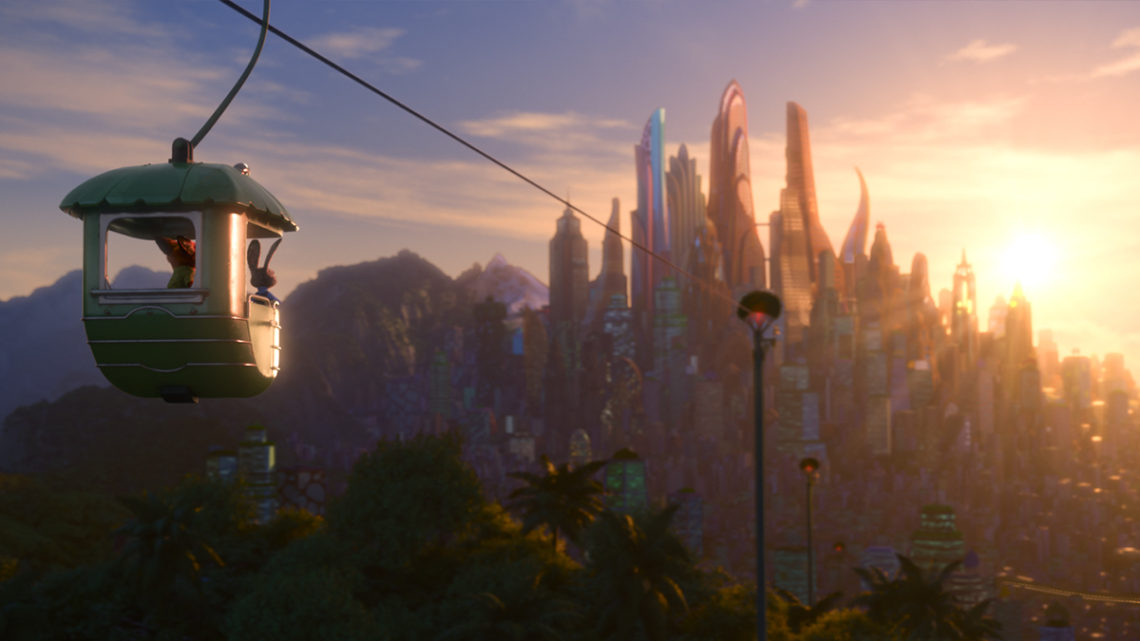 “Zootopia” and Breaking the Billion-Dollar Ceiling at the Box Office

Josh Spiegel writes about "Zootopia" and the non-event status of it making more than a billion dollars worldwide.

Over the last week, Zootopia hit two notable milestones, the former of which would have happened no matter what. On June 7, it was released on Blu-ray, DVD, and HD streaming. Two days before that, however, came a more impressive feat: Zootopia became the 26th film ever to make a billion dollars worldwide. In some respects, this box-office peak is still a remarkable one; the specifics for Zootopia and how it got to a billion are fairly singular as well. But it wasn’t so long ago that a big-budget mainstream film hitting a billion dollars globally was thought of as rare, if not outright impossible. Six years ago, the Tim Burton version of Alice in Wonderland reached a billion dollars, becoming just the sixth film to do so. In the last six years, 20 more films have grossed at least $1 billion worldwide. Box-office tracking is an unavoidable part of the weekly online film-coverage game, but few of its writers are acknowledging how the billion-dollar plateau is becoming as meaningless as any other record of note.

The success of Zootopia is both heartening and a bit perplexing, for a number of reasons. First, though quality and popularity rarely intersect, here is a genuinely charming and funny film doing well in the marketplace, thus potentially proving to Disney and other studios that animated films don’t need to rely quite so heavily on stunt-casting celebrities and an overabundance of pop-culture references. (Zootopia walks a fine balance on the latter point, allowing many of its animal-themed gags on human culture to rest in the background.) More importantly, Zootopia is now the second-highest-grossing original film ever worldwide. Ever. Second only to Avatar. We can acknowledge that the definition of “original” has to be fairly flexible to accommodate a film that incorporates elements of Pocahontas and Dances with Wolves, or an animated film that riffs on buddy comedies like 48 Hrs., but neither Avatar nor Zootopia is a sequel, prequel, adaptation, or otherwise based on something that existed previously. The other billion-dollar films all fit those other categorizations.

A few years ago, Walt Disney Animation Studios had another billion-dollar grosser: Frozen, which managed to make it a quarter of the way to a second billion. Frozen’s cultural impact in the last few years has been undeniable: The Disney theme parks have retrofitted attractions and redone live shows to incorporate the 2013 film, the ABC network aired a making-of special to tie into a home-media release, a sequel has been announced, and a related social-media campaign from fans has arisen in the hopes that Idina Menzel’s Elsa may get a girlfriend in said follow-up. Frozen didn’t just make a billion dollars; it feels like it had an impact on culture that aligns with its box-office gross.

This is, in effect, why Zootopia making a billion dollars worldwide is a bit perplexing. Again, it’s a delightful film (and one that this writer has now seen six times in the last week, thanks to his toddler son deciding the movie about “Bunny!” is the greatest thing he has ever seen). Repeated viewings highlight the smart construction of the script, the careful foreshadowing towards third-act reveals, the various running gags, and visual Easter eggs and puns. In the three months that have passed since Zootopia opened, though, it doesn’t feel like the film has permeated culture to an aggressive degree. The Disney parks haven’t begun the process of bringing Judy Hopps and Nick Wilde (those are the names of our main characters, voiced by Ginnifer Goodwin and Jason Bateman, respectively; did you remember those as easily as Princess Anna and Queen Elsa of Arendelle?) into attractions or shows. Aside from the standard amount of merchandise you can find online or at your local Disney Store, Zootopia hasn’t made the same cultural impact as Frozen did, yet both films were, for a time, fairly unstoppable at the box office, in part because of positive word-of-mouth and in part because the competition for kids was fairly weak at the right time. In the weeks after Frozen opened, it became the foundation for countless GIFs and memes online in ways that Zootopia hasn’t approached, outside perhaps of a sloth DMV employee being the source of a handful of GIFs. 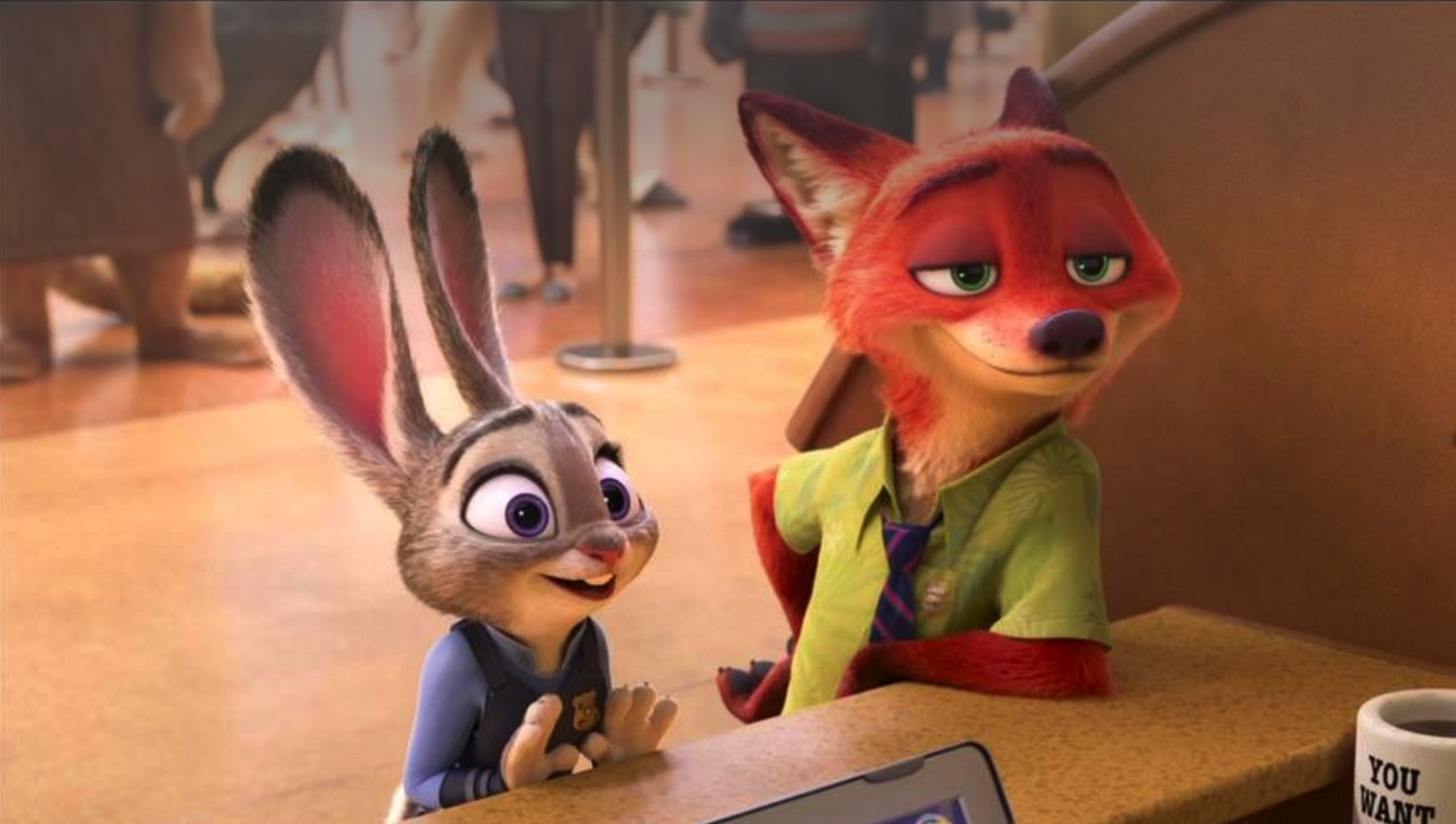 The real explanation for a film like Zootopia performing so well can be seen in recent box-office stories, like the one from Scott Mendelson at Forbes about Warcraft’s opening day in China. The film, which is getting pretty solidly panned by critics Stateside, made nearly $46 million in its opening day, the second-biggest opening-day number for any film in China. It’s numbers like that which explain why sequels to movies like Alice in Wonderland and Snow White and the Huntsman get greenlit: They make vastly more money overseas than they do domestically. Zootopia, like Alice in Wonderland, had a ratio of two-to-one: It made twice as much money, roughly, overseas as it did domestically. Like Warcraft, Zootopia was a massive success in China: It is currently the highest-grossing Disney film released in the country. Bigger than Frozen, bigger than Pixar, bigger than Marvel, bigger than Star Wars. As of this writing, Zootopia has grossed over $230 million in China, making up a third of its overall overseas box-office take.

Looking at the all-time worldwide box-office grossers via Box Office Mojo shows an obvious discrepancy between instant and long-lasting popularity. On one hand, we have films like Frozen and The Dark Knight: films that were not only initially popular but have had a longer reach outside of their theatrical runs. On the other hand, there are movies like Avengers: Age of Ultron, Transformers: Dark of the Moon and Pirates of the Caribbean: On Stranger Tides: These films made a ton of money initially, but it would be challenging to assume they’ve become as well-liked and debated-over. Hell, even Avatar, the highest-grossing film ever made internationally, gets more “Remember when this movie was a thing?” essays than anything else. The constant announcement of its two, three, four sequels is met with derision and hesitancy instead of adulation.

Disney is no doubt thrilled that Zootopia was a massive hit, unlike almost anything they’ve ever done before. (Only four animated films have ever grossed more than a billion dollars: the aforementioned Frozen, Minions, and Toy Story 3.) This was a movie that was arguably not meant to be Disney’s biggest of 2016—that would be this fall’s Moana, from the directors of The Little Mermaid, co-starring The Rock, and featuring songs from Hamilton’s Lin-Manuel Miranda—and it has surprised just about everyone. Zootopia was, in its own way, an unstoppable force and the beginning of a very dominant year for Disney, which can shake off the flop of Alice Through the Looking Glass considering that the upcoming Finding Dory will likely be the company’s fourth billion-dollar-grossing film of this year alone. (Along with Zootopia, Captain America: Civil War is already past a billion, and The Jungle Book is inching past $900 million. At this moment, these are the three highest-grossing films of the year worldwide.) But that fact is enough to serve as a reminder that the billion-dollar threshold is becoming as much of an event as the onslaught of neverending sequels and franchises: that is, not much of an event at all. Disney Animation should be thrilled that Zootopia was such a hit; we should be thrilled that a movie managed to both make money and be good at the same time. But the buddy-cop comedy breaking the billion-dollar ceiling is almost akin to the ceiling being revealed as nonexistent the whole time.