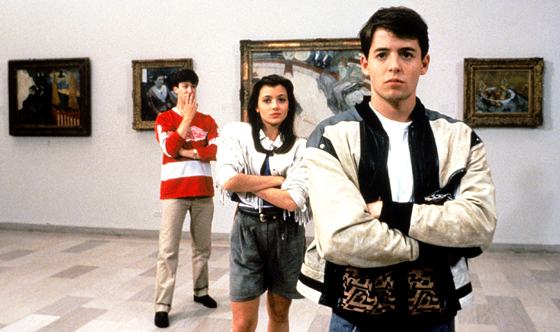 The one and only Matt Singer was thinking about Project Runway while watching Pain & Gain, read why.

Over at RogerEbert.com Simon Abrams takes a look at Rob Zombies’ latest film, The Lords of Salem.

Film.com continues their epic list-making with the 50 Greatest Summer Blockbusters.

The Hot Docs film festival is going on right now and Ryan McNeil of The Matinee is doing a damn fine job covering it.

Arthur Newman began rolling out into theaters this past weekend and The Film Stage received an opportunity to interview its filmmaker, Dante Ariola.

You can always count on Press Play to deliver a fascinating a take on a movie. This week I dug up Hugh Lilly’s video essay of Ferris Bueller’s Day Off.

Thought not related to film, Forbes has a good piece for all aspiring journalists. Give it a read.

I urge you stay clear of Upstream Color, but to go take a look at Slant Magazine’s interview with Shane Carruth.

Lastly, with Iron Man 3 slated to come out this weekend, CriticWire poses the question: What’s the best comic book movie ever made?