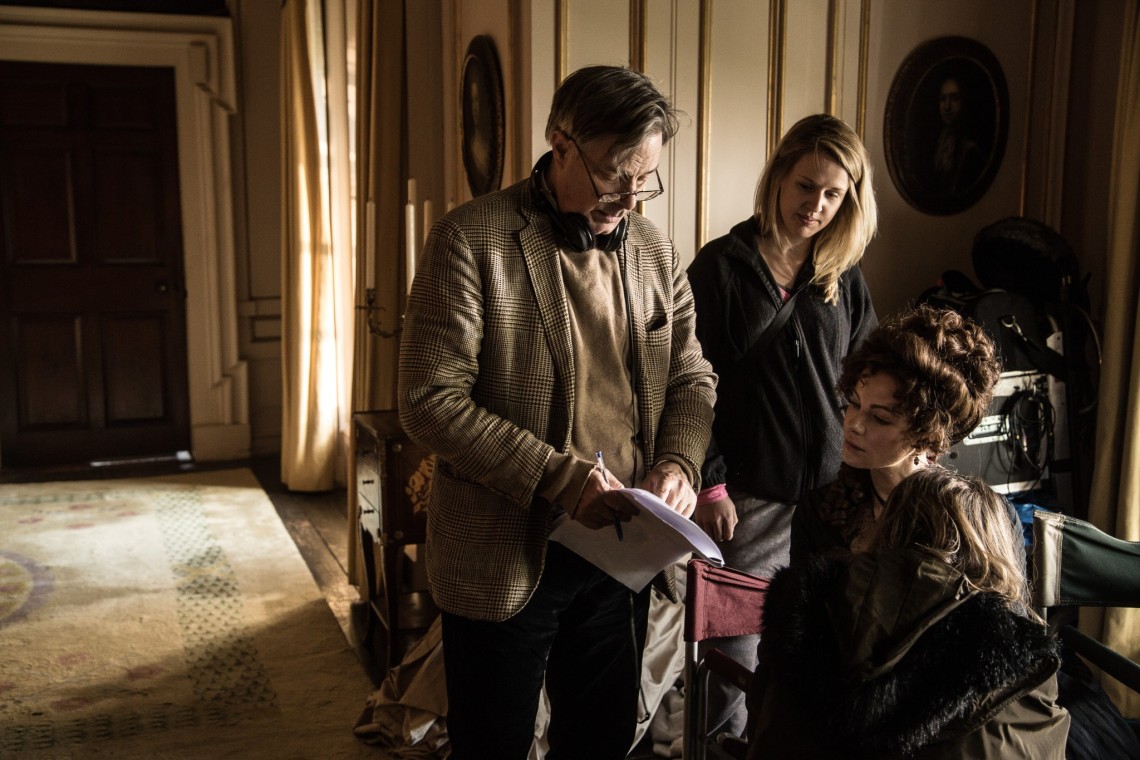 Running Out of Sad Stories: Whit Stillman on “Love and Friendship”

Whit Stillman has orbited around high society throughout his filmmaking career, documenting upper-crust indulgence and self-absorption with pinprick wit and pleasantry. It only makes sense that he would eventually gravitate toward the works of Jane Austen, then, and what a pairing they make. In Stillman’s latest film, Love & Friendship, the director and novelist adapts an early entry in her body of work, Lady Susan, an epistolary text that details the underhanded and wily manipulations of the title character, a woman recently widowed and in pursuit of a new husband. Likewise, Love & Friendship marries Stillman’s observant style with Austen’s keen prose, with well-mannered and bitingly hilarious results. When Stillman screened the film at the Coolidge Corner Theatre in Brookline, Mass., Movie Mezzanine got the chance to catch up with him and talk about his working relationship with Amazon, the experience of adapting texts from deceased authors, and the benefits of working on a tight edit. 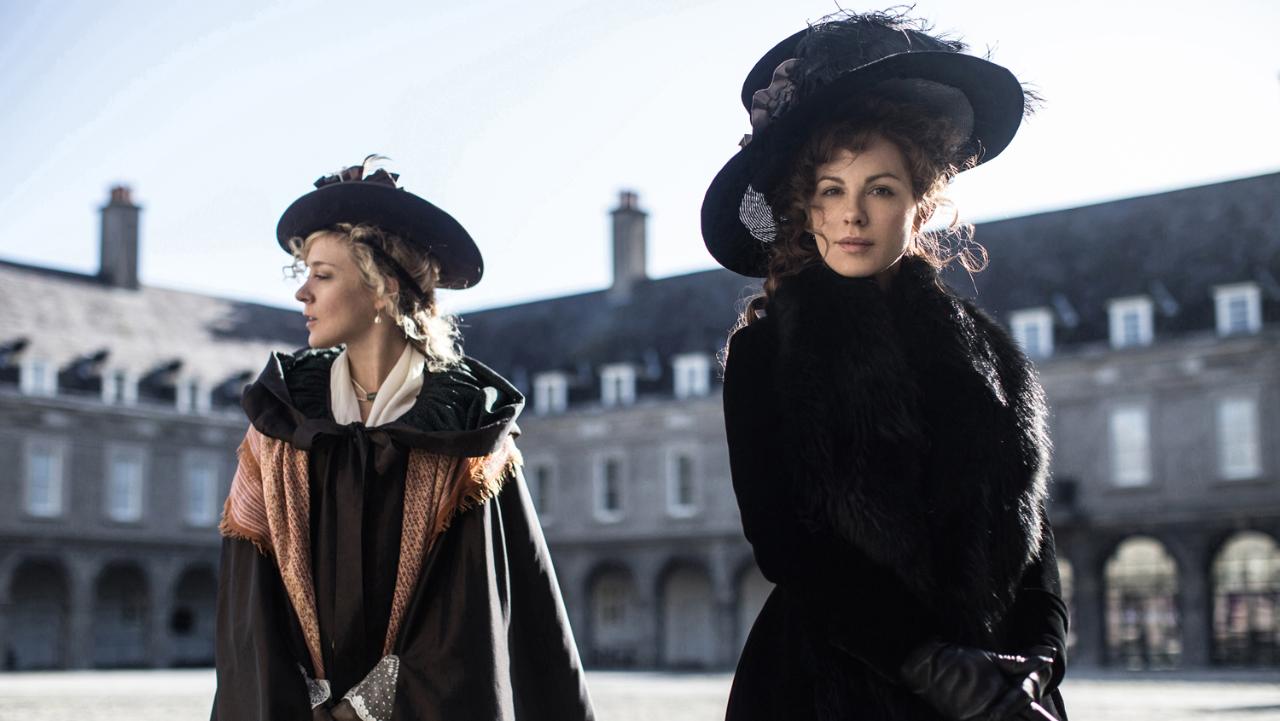 Movie Mezzanine: 2016 is turning out to be a pretty good year for you. How does it feel with Love & Friendship coming out and your films getting the Criterion treatment?

Well, it’s really been incredible for me. In the space of I think about a month, I have a new film coming out, the Criterion box set, and also a novel. Little, Brown has bought up the novel I wrote for Love & Friendship.

Let’s talk about you and Jane Austen. How would you describe your relationship with Austen’s writing?

It’s respectful. It’s very respectful. It’s been correct; there’s been no bad behavior. We had not an argument, there was no disagreement at all. We felt the same way about the material, I think—I’m just assuming that, on her part. It was the best collaboration I’ve ever had with an author, because I’ve had two other jobs adapting works of living authors, and I vastly prefer the kind of collaboration I had with Jane Austen to those living authors.

Yeah, if she has any complaints about it, she can’t really voice them, right?

To me, it seems that there are a lot of Austenian flourishes to your work, if I can use that expression…

Yep! That would be correct.

…but this is the first time you’ve adapted one of her novels. Why now?

Well, I ran out of interesting stories of my own to tell for a while. I had to have a sad life. I had to do some more sad living before I got more material, which I put into my Amazon series, [The Cosmpolitans]. So I had a period when I’d run out of sad stories I could tell, and I had to get other people’s stories.

What is it about Lady Susan particularly that grabbed you?

There were three really major things about it that appealed to me. One was, it includes some of her funniest material and some of her most beautifully comic sentences….It’s a little bit Oscar Wildean in its flavor and what we think of as Austenian. Second, it really wasn’t out there. She really hadn’t finished it completely as she would, so it gave us the opportunity to add to the Austen film bookshelf rather than just reduce one of her masterpieces to a 90-minute film. And third, it hadn’t been adapted by anyone, so we got a fresh slate to do the best version we could do.

Also, it gave me the chance to work with all these great actors. I love the idea of working with beautiful English actors and funny English comics. So that’s what we got! 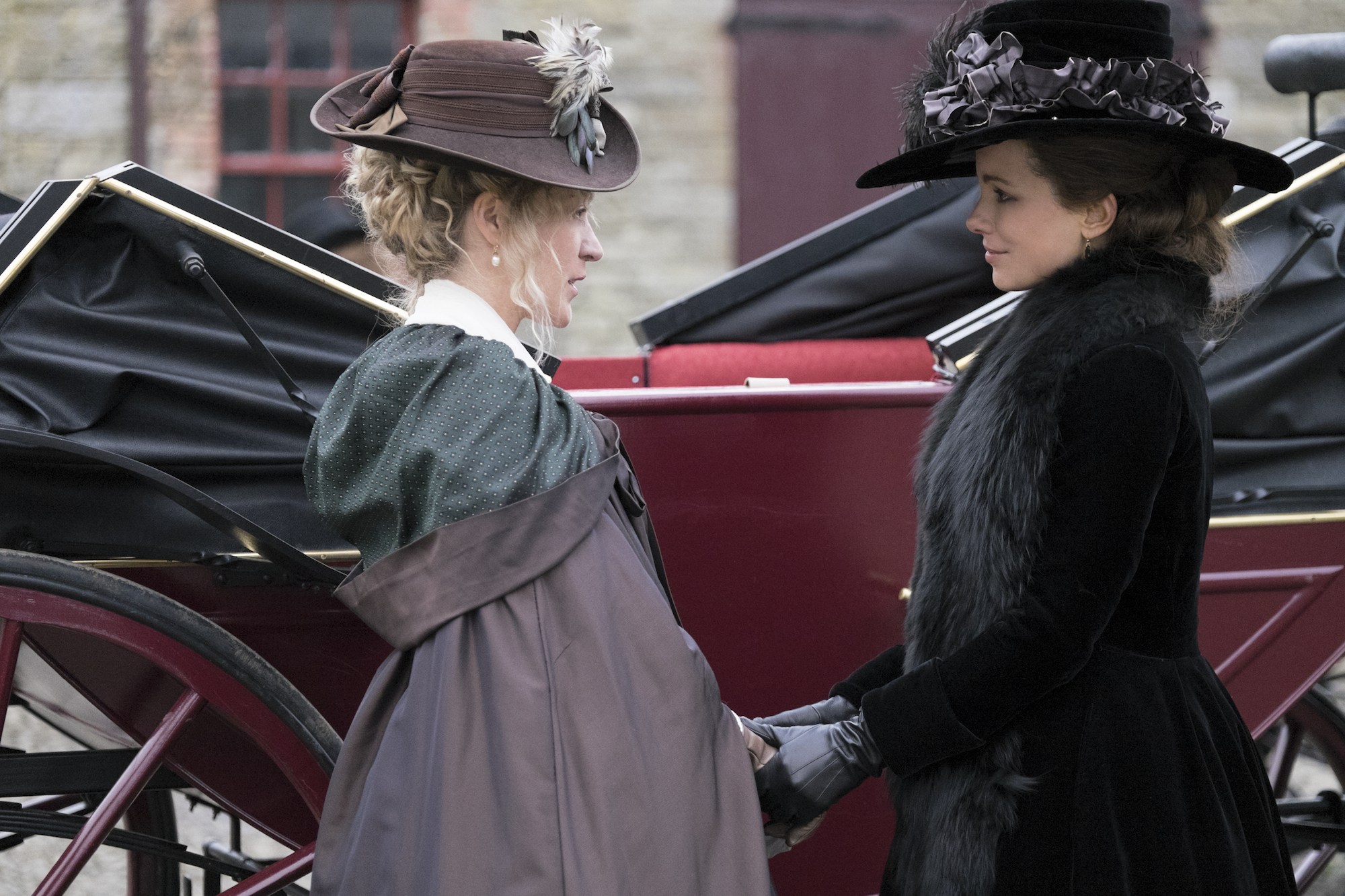 I won’t blame you that, for sure, especially because this reunites you with Kate [Beckinsale] and with Chloë [Sevigny]. Was having these two actresses, who you’ve worked with before and on the same movie [The Last Days of Disco], of benefit to you during the production process?

No, but it’s a huge benefit to getting a film made to have really good actors who are known, who you are known to work with well. It made it, I think, look good for all of us to be working together again.

Everyone in the cast seems to be having a great time; they really seem to be relishing the material. Was that the spirit on set among everybody?

Yeah, it was really good. I was talking to the British actors who are such veterans, James Fleet and Jemma Redgrave, when they came back to finish the film, and I was apologizing for the low-budget nature of our film and all that. In a film like ours, they do so much work in such concentrated time. They kind of rush through all these scenes. Rather than wait around for someone to shoot with them while they figure out long tracking shots, we just rushed through tons of material, and they said that it’s much more fun making an independent film like that than a big studio film where everything is very slow.

Did you find that this was the fastest-moving film that you’ve made?

Yes, it is. I really liked that too. The shoot was really short and tight and fast, and then the film edit was short, tight, and fast. I think some of that is due to what I learned during The Cosmopolitans with Amazon Studios. They were really on top of me to make the cut as fast as possible, and I got to like it. Also maybe the fact that a lot of the material was not my own material made me more objective about cutting things.

Did you find yourself cutting large amounts from the novel? I haven’t read it, so I’m not familiar with it.

Yeah, don’t read her novel, read my novel. I put her novel in the back of my novel, so it’s a two-for-one deal.

That’s bang for your buck.

I can understand that. Speaking of Amazon, you seem to be vibing really well with them. How’s that relationship working out for you?

It’s actually my third contact with them….[O]ne of the first deals they did was optioning Metropolitan to remake it. They never went ahead with that because the Writers Guild objected to the way they were doing it, and then they commissioned The Cosmopolitans, and then they bought the U.S. rights to this film. But it’s going out through Roadside Attractions, so as far as cinema, the whole experience is Roadside Attractions. They’re giving it a full-on cinematic distribution.

This seems to me to be a good crowd movie, but I also feel like it really demands to be seen on the biggest screen possible because there’s so much detail in it. I’d say that’s true of all of your movies, but I feel like maybe that’s even more so here based on the setting. Did the setting and the style that you’re shooting affect your approach to production in any way?

I don’t know. We tried to make it look as good as possible and I have a style that doesn’t change very much…I’m not quite sure, but I did try to have every frame, every second of the film…look as good as possible. I also try to shoot so that we can edit well, so that we can control the pace and humor in the editing room. I don’t like to get locked into long camera moves that you can’t cut into, that kind of stuff. In fact, we very daringly cut into a Steadicam shot. We had this long Steadicam shot, and I thought part of it was boring, and so I insisted on a jump cut. The editor was writhing and suffering with the jump cut, and film-savvy friends were objecting to the jump cut at screenings. Most people didn’t mind it. I didn’t mind it.

But the editor [Sophie Corra] knows tricks from documentary filmmaking. One is to reframe radically and use the reframed shot as if it was a new set-up, and cut into that. So she tricked a cut in the middle of our big Steadicam shot. It ends up with a good punchline; it’s when the aristocrat comes up to Kate Beckinsale, and says to her “Lady Susan, Lady Susan!” And she says, “Get off, man, or I’ll have you whipped!” And Chloë says, “You talk that way and you’ve never met him before?” And Kate says, “Of course, I know him well! I would never talk to someone I didn’t know well that way.”

That line slew me. So many lines in the movie work on such a high comedic level, but that line in particular really grabbed me. I feel like it said more about Susan as a character than almost any other dialogue in the entire film.

There’s actually an extremely similar situation in The Last Days of Disco—someone pointed this out, it’s sort of self-plagiarism—where Kate and Chloë are in a subway, and she accuses a guy of having touched her and says “get out.” It doesn’t have the topper joke. There’s no second joke. What makes that one good is the second joke, I think.