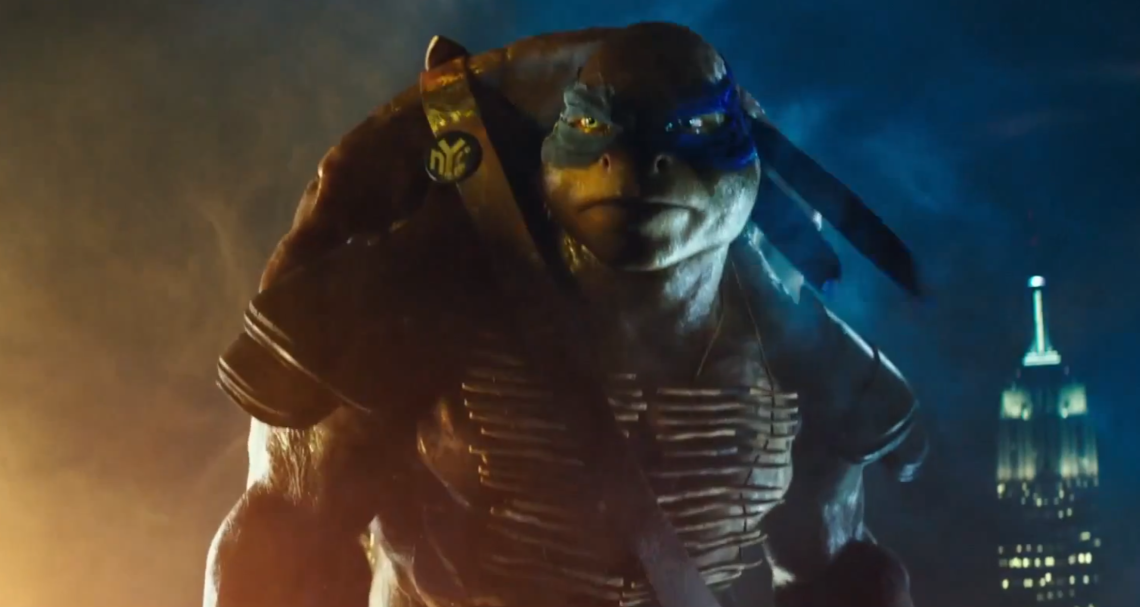 Weekend Box Office: “Turtles” All The Way Down

There is perhaps no better illustration of the difference between the Internet echo chamber and the whims of the actual public than the opening weekends of the two movies Michael Bay was involved with this summer. His fourth entry in the Transformers franchise went on to make a billion dollars worldwide despite scathing reviews, and now, although he’s only the producer, his Bay-fingerprinted update of Teenage Mutant Ninja Turtles went on to have the fourth biggest August opening ever despite terrible reviews. The movie took first place with $65 million and had an audience that was 55 percent over the age of 25, showing how durable the Turtle brand is (parents who grew up with them bringing their kids to the latest installment and such). We’ll see how well it holds up in the coming weeks.

The other new releases were a mixed bag of grosses. The highest opener was the found footage disaster/horror movie Into The Storm, which came in third place with $18 million. It’s unlikely to top its $50 million budget unless it does decent numbers overseas, but it’s about on par with the openings for other August B-movies whose appeal is primarily with teens (although weirdly, the audience for this one was 71 percent over the age of 25 and 58 percent female). The summer’s token movie for old people, the Helen Mirren-fronted movie about cooking The Hundred-Foot Journey, made $11.1 million in fourth place, which is a good number for a movie of that sort and should have some decent legs (69 percent of the audience was over 35, and older audiences don’t usually mean front-loaded movies). And you’d be forgiven for not knowing that there was a new Step Up movie out, Step Up: All In, the fifth installment in the franchise and probably the last: it took in 44 percent less than its predecessor and made $6.6 million for the weekend. It seems the dance movie craze has finally died.

In older releases, the only big grosser was, of course, Guardians of the Galaxy in its second weekend. It had an on-par-for-superhero-movies drop of 56 percent and took in $41.5 million for the weekend, which is the biggest second weekend of the summer, a pretty awesome feat for August. Its 10-day total is also the best of the summer ($175.9 million) and it’s well on track to be the summer’s highest grossing movie. Also notable is that the Scarlett Johansson-fronted Lucy from a couple weeks back hit $97 million this weekend and will cross $100 million sometime this week, an excellent showing.

Next week is the last big weekend of the summer, with The Expendables 3 and The Giver taking us home.