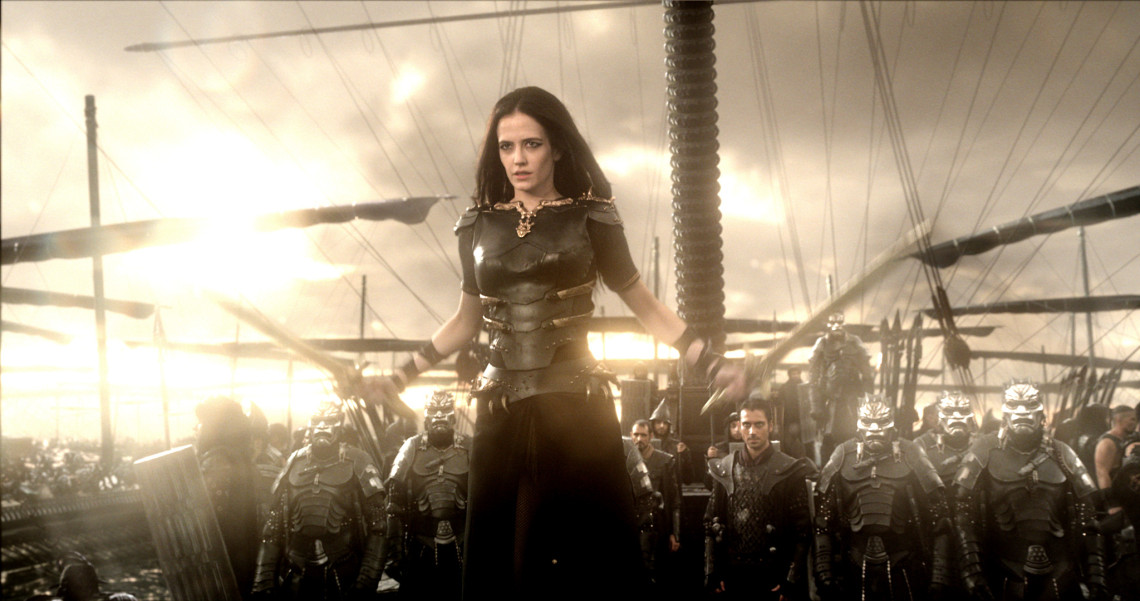 With the start of March and the advent of warm weather, theaters have moved out of the Oscar pushes and the January/February dump months and on to bigger and better things – the spring movie season is officially underway. It started off this week with a long-awaited sequel and a CGI movie for the family, both of which did decent business.

300: Rise of an Empire won the box office this weekend, taking in $45.03 million, which is about 36 percent off from the 2007 debut of the original film (and with the 3D upcharge, a substantially less number of tickets), but still fairly decent for a 3D release in this period. The audience was 62 percent male, not surprising given the aggressively masculine marketing campaign, and though it managed a B from Cinemascore, it will likely fall off quickly in the coming weeks, given that it didn’t have cross-demographic appeal and that the once-amazing style of the first film has become commonplace.

At number 2 was Mr. Peabody and Sherman, a deep dip into the property well for Fox that was reflected in its $32.2 million weekend, a bit lower than the $40 million opening weekends of previous CGI family films in this slot like How To Train Your Dragon. The film had more mass appeal, with 52 percent of the audience over 25 and 56 percent female, and with little in the way of competition in the coming weeks, it should continue to do well in the coming month.

All of the older releases fell off but are still doing well. Non-Stop added $15.8 million to its total for a $52 million overall gross, surpassing its production budget. The Lego Movie added $10.9 million to its $224 million cumulative so far, making it the highest grossing film of the year. And Son of God dropped 60 percent to $10.3 million and $42 million overall, which suggests it won’t be sticking around for the Easter holiday (though two more Bible-themed movies are coming down the pike around that period).

In its pre-wide limited release, Wes Anderson’s new film The Grand Budapest Hotel had the best weekend of all, taking in $811,166 this weekend in 4 locations for a per-theater average of $202,792. Though such numbers are not common and shouldn’t necessarily suggest mass appeal, it does seem that Anderson’s sensibilities have broken through to the mainstream, and it should do well as it expands to 65 more locations next week.