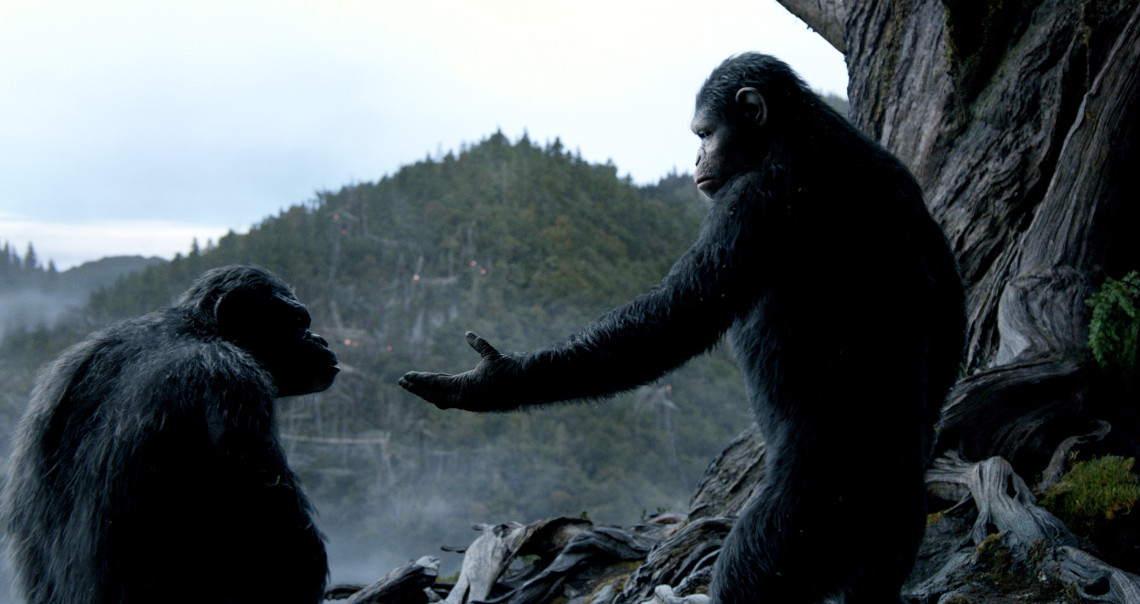 It was another fairly middling weekend at the box office, with overall receipts down 26 percent from this time last year, and down 30 percent overall for the month of July. It was also a fairly middling weekend for all the new releases, perhaps an inevitable consequence of three major releases and several indie expansions and new releases. In any case, Dawn of the Planet of the Apes lost half its opening weekend audience and still managed to win the weekend again, taking in $36 million for a $138 million total. The drop is actually better than many of this summer’s other releases and about on par with the original film’s.

Of the new releases, The Purge: Anarchy was the winner, coming in at second place with $28.3 million. That’s down 17 percent from its predecessor’s opening, but given that the budget was only $9 million and the first one ended up with around $64 million total, it’s doing pretty well for a horror sequel and should guarantee that another entry in the franchise will be in theaters this time next year. For the kids, there was another entry in the Planes franchise, Fire and Rescue, which opened with $18 million, down slightly from the last installment’s opening of $22 million. Of course, it hardly matters how well it does at the box office, given that the Cars movies take in something like $5 billion a year in toy sales, so that one’s going to make a profit regardless. The one new wide release that’s only barely going to eke out a profit was the Jason Segel/Cameron Diaz comedy Sex Tape, which took in $15 million in fourth place against a $40 million budget. Bad reviews and bad word of mouth likely sank that one, although most R-rated comedies haven’t done much this summer.

On the indie front, Richard Linklater’s Boyhood expanded to 38 theaters and continued its impressive showing, racking up another $1.2 million with a $36,303 per-theater average. Again, that one’s unlikely to make it to too many megaplexes, but it’s well on its way to being a solid indie hit. Less successful was Zach Braff’s follow-up to Garden State, Wish I Was Here, which opened with far less ($495,000) at far more (68) theaters before its expansion next weekend. That one was funded entirely by Kickstarter, so it’ll be hard to determine how well it actually did, given that it was funded out of the gate.

Next week brings Dwayne Johnson’s rippling muscles under the guidance of Brett Ratner in Hercules.